With the onset of the internet and digital marketing era and more importantly, Google’s consistent appeal to consumers “try before you buy,” has played a significant impact on their decision making.

Viewers these days get not only follow the reviews but also the virtual buying experience that the independent content creators provide.

Automobile brands have taken to YouTube to offer such virtual showrooms to their viewers, and they also need to make sure the products live up to the quality portrayed in the advertisement. 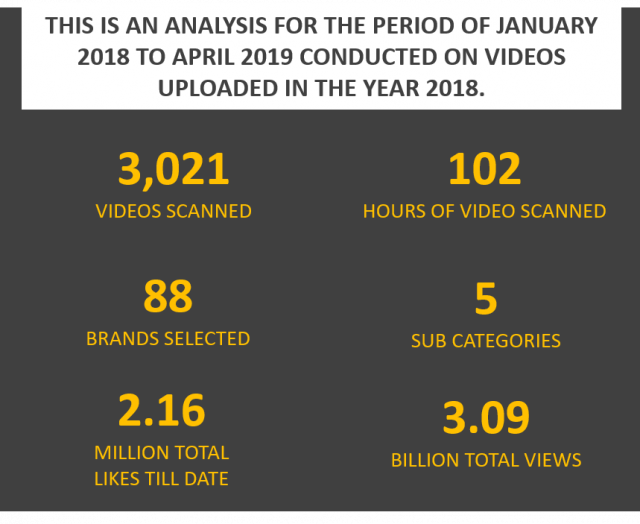 Brands these days try to grab more eyeballs through several customer engagements on platforms. For example, Maruti Suzuki’s Colors of Youth focused on the raw yet amazing talent from colleges across the nation. Another good example was Bajaj Pulsar’s Stunt Championship when they sold one crore bikes in India.

Establishing an emotional connect with the viewers through the ads which they can relate to, can maximize the chances of the video being shared and viewed across platforms and geographies.

At times, companies go that extra mile through their ads to instill a sense of responsibility undertaken by the brand. 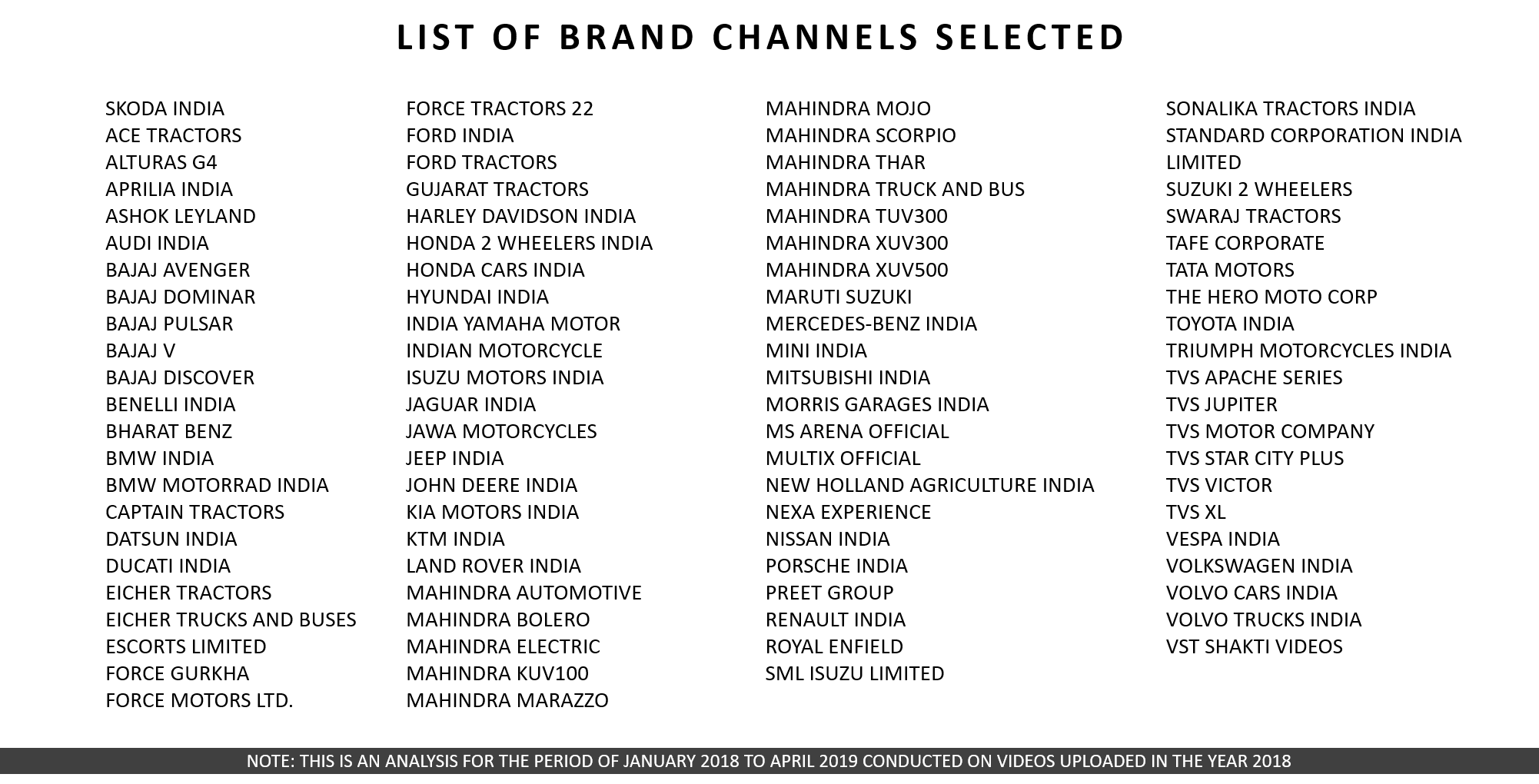 For instance, Bajaj V, made of metals scrapped from INS Vikrant, showed how adverse circumstances had changed the mindset of some people who have pledged to bring reform. Tagging them as invincible, Bajaj V redesigned the bikes to suit their needs so that there’s no stopping for them.

Two-wheeler companies gathered maximum viewership all through the year. During the start of the year, Bajaj Dominar took the lead spot by starting a series of campaigns with the tag Haathi Mat Paalo.

The campaign was aimed at taking a dig on the traditional and heavy motorcycles, in general, that Indians have preferred till date and Royal Enfield, in particular. Similarly, during the Republic Day week, Bajaj V released its ad on YouTube appealing to the Indian patriotic sentiments.

Quite Strategically, using the rare occurrence of the Super Blue Moon, Tata Motors gathered the highest views by showing different professionals, from different strata of the society, with a popular brand to dive with and a common goal to view the SuperMoon.

In Feb, KIA Motors during the Auto Expo-2018 announced its arrival in the Indian Market with a series of ads tagged #KiaInIndia.

During May, XUV 500 gathered maximum viewership. The list saw Morris Garages as the new addition to the top 10 most viewed brands.

Saying No to Plastic Patriotism, Bajaj Avenger gathered the maximum viewership in August.

Brands cashed on the festive season starting from September to highlight how their automobiles are being used to carry and deliver not only the commodities during these occasions but also the emotions that people have attached to it.

During Dussehra and Diwali, Bajaj Pulsar’s celebrated the running of 1 crore pulsars on Indian roads. Further strategically during these festivals, Hyundai came up with the all-new Santro, India’s favorite Family Car, the one it had discontinued years back.

For the month of December in Australian Open, sponsor KIA motors made the ad KIA India Ballkids gathering 40M+ views and topped the list.

Bajaj Avenger wished 2019 to be a year of equality and thus framed its ad. Mahindra XUV300, inspired from the Cheetah, like the XUV500 was to make its release. The list also included MS Ertiga, Hyundai Customer Service, and Ford’s family waali feeling ad.

Download this free report by clicking the button below.