21st Century India is booming with web-series both in terms of production as well as consumption. With rise in demand for content produced by OTT platforms, more and more players are entering the industry with plethora of original web content or web-series. This rise has also helped the growth of other related industries like that of smart TV, smart phones, telecom industry (data usage) etc.

Post Jiofication as industry experts call it after the launch of fast data services by JIO, OTT platforms have been enjoying a honeymoon period with availability of affordable and faster data service. In this blog we will list out the 12 Best Alt Balaji Web Series that you must binge watch without fail. Lately Alt Balaji has been one of the leading OTT players in India with variety of options to offer in original web-series category. Alt Balaji is part of the leading production house Balaji Telefilms owned by Ekta Kapoor. 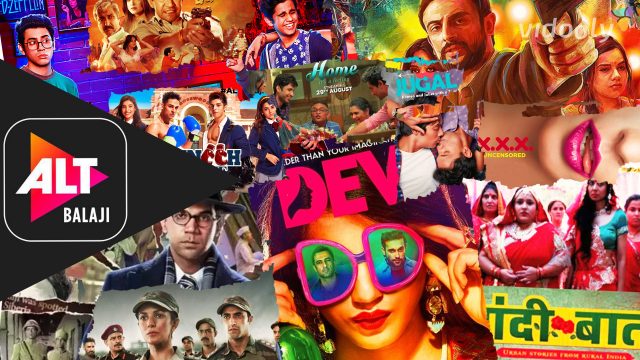 List of the Best Alt Balaji Web Series for Binge-Watching

The story revolves around kidnapping. Starring Arunoday Singh, Nidhi Singh & Mahie Gill in the lead role, the action drama is shot in the hilly state of Uttarakhand. Apharan is 1st on our list as it was released during the time when India was going gaga over two releases by Amazon Prime (Mirzapur) and Netflix (Sacred Games). This craze amongst the Indian audience for crime and action drama fuelled the success for Apharan. One of the best original creations from Alt Balaji web-series collection.

Director Pulkit makes an honest effort to dig into the mysterious life of Bose and ensures each episode packs some thriller to keep the audience glued for a binge watch. A great plot by Alt Balaji that showcases some of the unknown facts about the Journey of Bose.

This Hindi Alt Balaji web-series that premiered on Aug 2017 revolves around the adventures of 4 friends who try to connect the dots of their life between online and offline world. The group forms a cyber-squad to help the police nab notorious criminals committing cybercrimes. A must watch if you are fan of all such shows produced in Hollywood.

This Alt Balaji Web-series is the opposite version of the popular Bollywood movie Devdas starring Shahrukh Khan, Aishwarya Rai & Madhuri Dixit based on the novel by the same name written by Sarat Chandra Chattopadhyay.

If you are a fan of Bhojpuri content then Hero Vardiwala has to be on the priority of your binge watch web-series list. Directed by Mahesh Pandey, this Bhojpuri action original series has 1 season covering 13 power packed episodes.

Starring Bhojpuri superstars Dinesh Lal Yadav aka Nirahua and Amrapali Dubey the story revolves around a corrupt politician and an honest and daring IPS officer. First of its kind entry of a Bhojpuri creation on any OTT platform by Alt Balaji.

The web-series has a stellar cast comprising of Annu Kapoor, Supriya Pilgaonkar, Amol Parashar, Parikshit Sahni and Chetna Pandey. The Alt Balaji classic family drama revolves around the real life struggle of the Indian middle class against the system. The series just like any other family drama produced by Balaji Telefilms (Alt Balaji) also talks about the values and happiness around small things that bonds the Indian middle class.

Starring Harshita Gaur, Priyank Sharma, Siddharth Sarma & Khushi Joshi in lead roles, the web-series gives viewers a feel of the super hit Bollywood movie on the same genre Student of the Year, produced by Karan Johar. Just like the movie, the series also revolves around a premium institution of India namely Rosewood High, campus life and competition within students.

In recent times there has been a lot of discussion around same sex marriage, LGBTQ, Article 377 etc. The topic was hot and Alt Balaji pounced on this opportunity and came up with Romil & Jugal. The series comprising of 1 season and 10 episodes revolves around the gay love story of 2 boys breaking all stereotypes of society.

There can never be an OTT platform in India without an original story in the patriotic genre. Starring Nimrat Kaur in the lead role, the series is a first of its kind patriotic genre which focuses on the induction of women into combat roles in Indian Army as a Test case. Alt Balaji being owned by a woman truly explores the possibilities of women getting inducted into the armed forces and the challenges that might come along with it.

A multi cast web-series explores different aspect of sexual relationship in every episode. Alt Balaji did face some problems while releasing the series due to its name and content. Just a spoiler alert there is nothing as vulgar as the name suggests.

A stellar and glamorous cast starring Karan Singh Grover & Sagarika Ghatge, this Hindi web-series has it all from drama, thriller, romance & mystery. Directed by Ankush Bhatt, the first season of the web-series has 10 episodes. Each episode is of maximum 25-35 minutes duration and the majority of shooting is done in the picturesque Shimla town.

So when you are getting started with your Binge Watching schedule.

YouTube Reveals its Largest & Fastest Growing Market In the World