Staying abroad and away from your family? Having a best friend who lives in another country? We’re sure you must have used video calling apps by now to stay connected. It becomes indispensable if you’re owning a virtual business. You need reliable and free video calling apps to connect with your team members.

Video calling is now everywhere as all mobile devices have high-resolution front cameras. If you own a smartphone or a tablet, all you need is a video calling app to go ahead. The first name that pops up when we talk about video calling is Skype. Apple users may instantly think about FaceTime.

If Apple came up with FaceTime, Google replied with Google Duo. It has an edge over FaceTime as it’s a cross-platform application, which means it can work across iOS and Android. All you need to do is download the app and it will verify your number before you can start using it.

Duo fetches your contacts automatically and shows you who all have the app installed on their device. Simply tap on the relevant contact name to place a video call. It also comes with a unique “Knock-Knock” feature that allows the person on the other end to see your video even before the call is answered.

Google introduced the Duo at the I/O Conference in 2016 as a pure video calling app. It does not support texting, as against WhatsApp and Hangouts. A recent update on the app now allows one to use it on Android tablets and the iPad, which was earlier restricted to smartphones only. 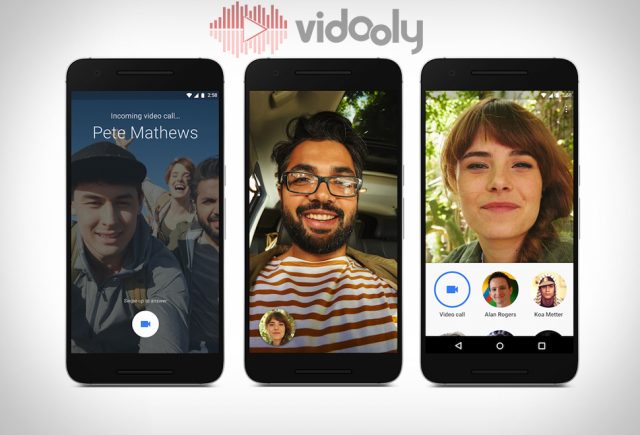 Recent statistics reveal that WhatsApp has risen to its glory with 1.5 billion active monthly users and 60 billion messages sent per day. Facebook’s $19 billion acquisition of the messaging app was not a bad idea after all. 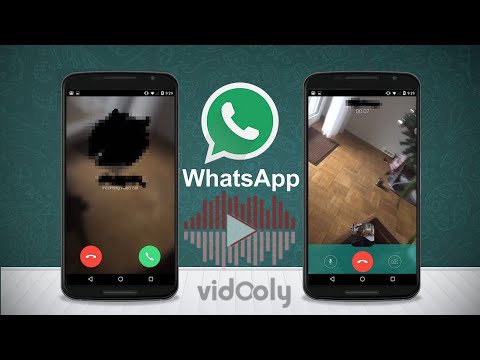 It’s quite simple to use as you just need to tap the video calling icon once you open the chat window for a particular contact. The best thing about WhatsApp – almost everyone has it. It’s cross-platform, so doesn’t matter if you own an iPhone or an Android.

ezTalks is one of the most popular and simplest cloud-based video communication apps, which enables you easily to have a 1-to-1 or group video calling anywhere, anytime and on any device with Windows, Mac, Android or iOS system. 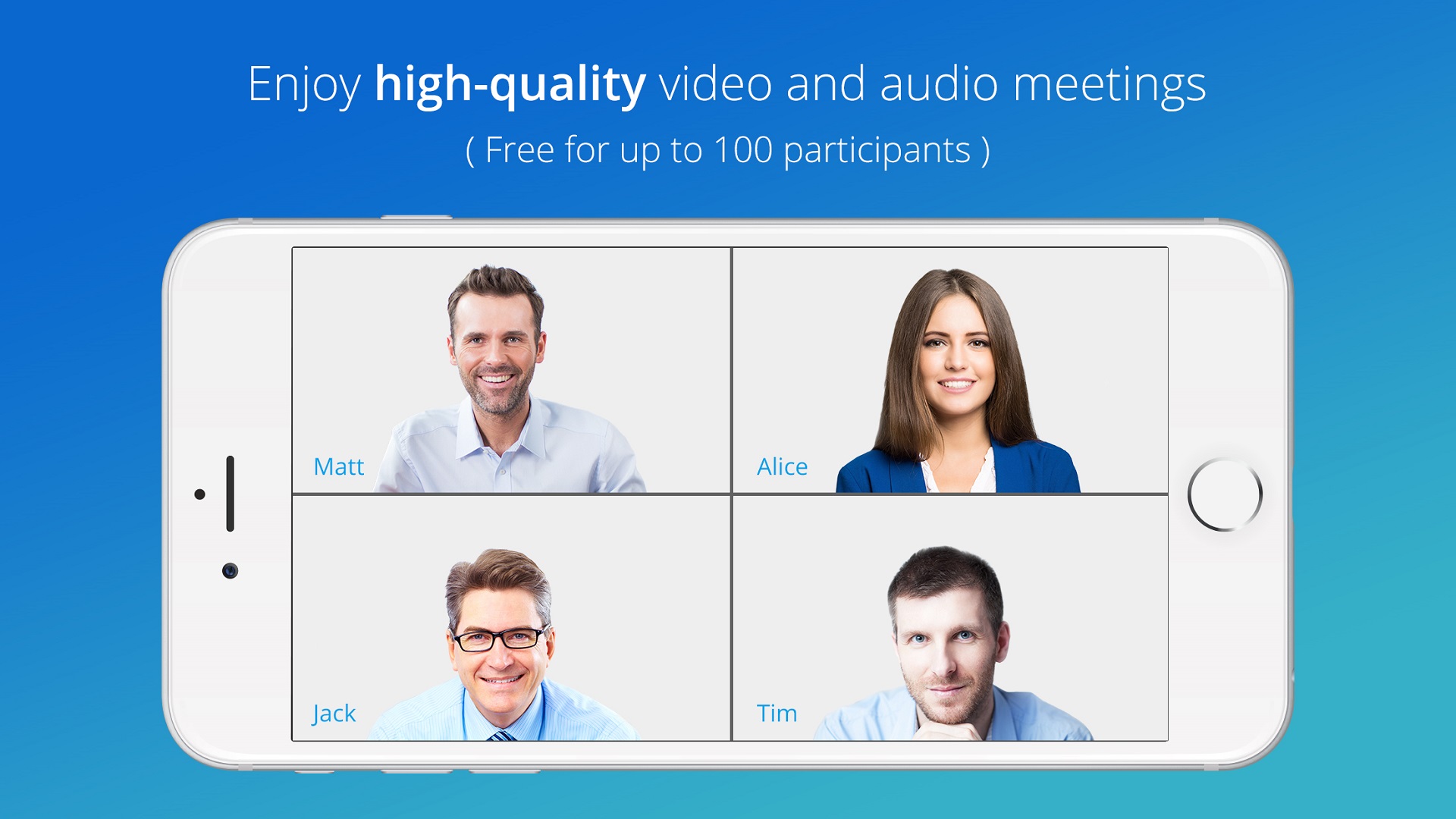 With ezTalks Meetings, you can experience a seamless HD video calling with up to 100 participants for free. You can also enjoy multiple powerful features like instant messages, screen sharing, interactive whiteboard, call recording, polls and surveys and etc. ezTalks also enables to custom your own live, automated or on-demand webinars, to reach and engage with up to 10,000 audiences for digital marketing, online training or e-learning, etc. Thus, ezTalks is not only a free video calling app, but also a powerful tool for collaboration, online training and webinar marketing.

A free video conferencing tool, Zoom is there to cater to business needs. With a cloud-based platform, Zoom allows companies of any size to hold video conferences, online meeting, webinars, group messaging and even brainstorming sessions with whiteboarding.

The tool can accommodate up to 200 participants and provides HD video and audio calls. Although the basic version is free, they offer paid versions with advanced features. The lowest starts at $14.99 per host a month. It spans across Android, Windows, iOS, Mac and Blackberry.

The webinar functionality is the highlight of this video calling tool and can scale up to 10,000 view-only attendees. Users can share their screens, send text, image or audio files within group chats and also record their virtual meetings for future reference.

Amongst the other video calling apps, this is probably lesser known. If you have a distributed work team, you should definitely check out Appear. It’s just so simple to use, that you’ll want to go back to it again.

You don’t have to sign up! Yes, you heard that right. Just create a chat room on the website, share that link with people via email or chat and watch them join your chat instantly. It’s smart and smooth as it operates only on HTML5 while using WebRTC.

Forget a sign-up, heavy plugin or flash. Just a modern web browser will suffice and you can begin your video calls with 8 people at a time. You can even control who gets to access the room with a “lock” feature. Someone who wants to join the conversation will have to “knock”.

Almost every one of your friend is on Facebook, so why not try out Facebook Messenger’s video calling feature. You simply need to either download the app on your Android or iOS device or use the web version of FB Messenger.

To begin a call, just open Messenger, open the chat window of the friend you want to call and tap the video call icon. Group calls can be made by first creating the group with all the members. You can’t add anyone later. A single group video call can support up to 50 people.

More popular in third world countries, the USP for Imo lies in the fact that it aids 2G and 3G networks, thus helping out users with slow internet plans and not-so-advanced smartphones. Another plus point is that it’s light in weight. It requires only 6MB of space on initial download. To put it on perspective, WhatsApp takes up 37MB.

Not only is it available both for Android and iOS, but it can also be used on a Windows PC. Look forward to seamless visuals as this video calling app supports high-quality video as well as audio. Not to forget that you can share files such as pictures and videos, create stories and send free stickers.

A bit of a drawback is the security concern. It may or may not have an end-to-end encryption as it does not explicitly mention like WhatsApp does. Also, on a few platforms, certain settings cannot be tweaked. This means you might not be able to modify notifications, block users and other such things.

Viber has covered all the bases – starting from Windows, iOS, Android and even Mac and Linux. It’s journey began as a simple voice calling app which has now evolved into text messaging and video calls. 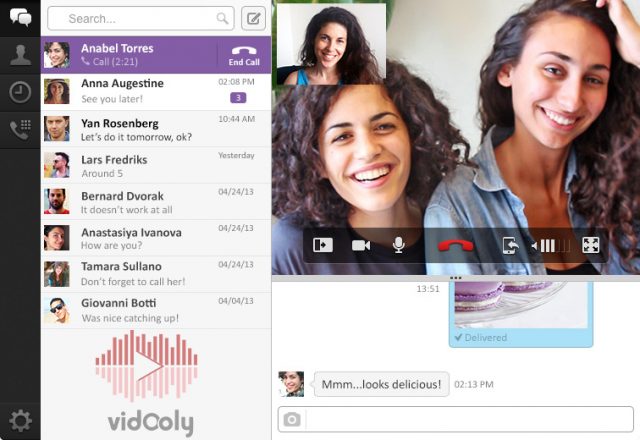 Mobile users are in for a treat as they can connect with anyone through their mobile number. Video calls were only available on the desktop version of the app. Calls are completely free which also extrapolates to group chats. You can have some fun with the stickers while you chat.

Not including Skype in the list of the best free video calling apps is just not done. It’s probably the oldest and the most popular one. Now owned by Microsoft, the app can be downloaded from Apple’s App Store and Google Play. 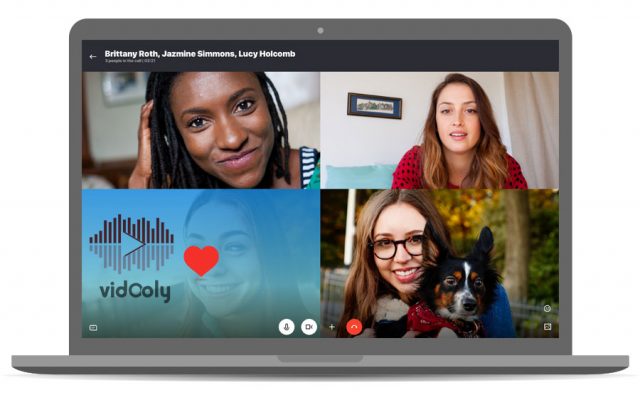 The software is absolutely free and all participants must have the application either on the phone or on desktop. You just need to register with a unique user name and add other people to your contact list who are already using Skype.

It’s a pretty straightforward app! Sometimes, all you need is a simple video call to connect with your loved ones. It’s not quite popular, but you can always tell your friends or family to download it.

The best part is you can doodle while you talk! You can draw all over your friend’s face to have a more fun conversation. There’s a record feature too that allows you to record snippets from your chat. The app is free but you can make in-app purchases for additional features.

An Amazon Echo smart speaker at home? Download Amazon Alexa to make and receive video calls. You should have the video calling app ready before you fire up your Echo.

However, it’s not necessary to have the Echo smart speaker. You can also download this app on your Android or iPhone. It will fetch the contacts who are already using the Alexa. If you have the Echo speaker, you can simply give a voice command such as “Call Steve Russels”. 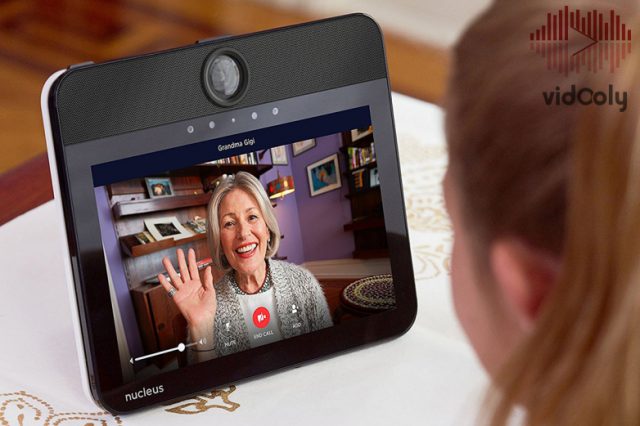 The Complete Guide To LinkedIn Marketing For Brands

Everything You Need To Know About HDR Videos