I consider myself as a cisgender ally of the LGBTQ community and totally acknowledge the fact that they still face discrimination. Majority of society, in the name of gender, sexual preference and other factors refuses to treat the community as an equal.

And this societal behaviour is WRONG!

Many movements, campaigns & strikes have taken to the streets to demonstrate real issues faced by the community yet voices go unheard.

It is rejuvenating, encouraging and interesting to watch the queer community put up amazing content on the social media.

They bring out points that were never noticed previously and speak their mind which involves body positivity, societal stereotypes, stoic communities and myths associated to particular groups.

When discussing about the role of social media in supporting causes, Facebook allows in depth discussion, group creation and proper conversation among users unlike the microblogging and short image sharing platforms.

Hence checking up on these best LGBTQ Facebook pages is the easiest way to add some unknown, unheard, unspoken diversity into regular post feeds.

Here, I have listed down some of the best LGBTQ Facebook pages that can give a new angle to your perspective, provide information & spread love!

The page is dedicated to all colours of humanity and welcomes anyone who wants to bring in change with love. Satrang which is a hindi word for the rainbow stands for the gay rights that are basically the human rights. 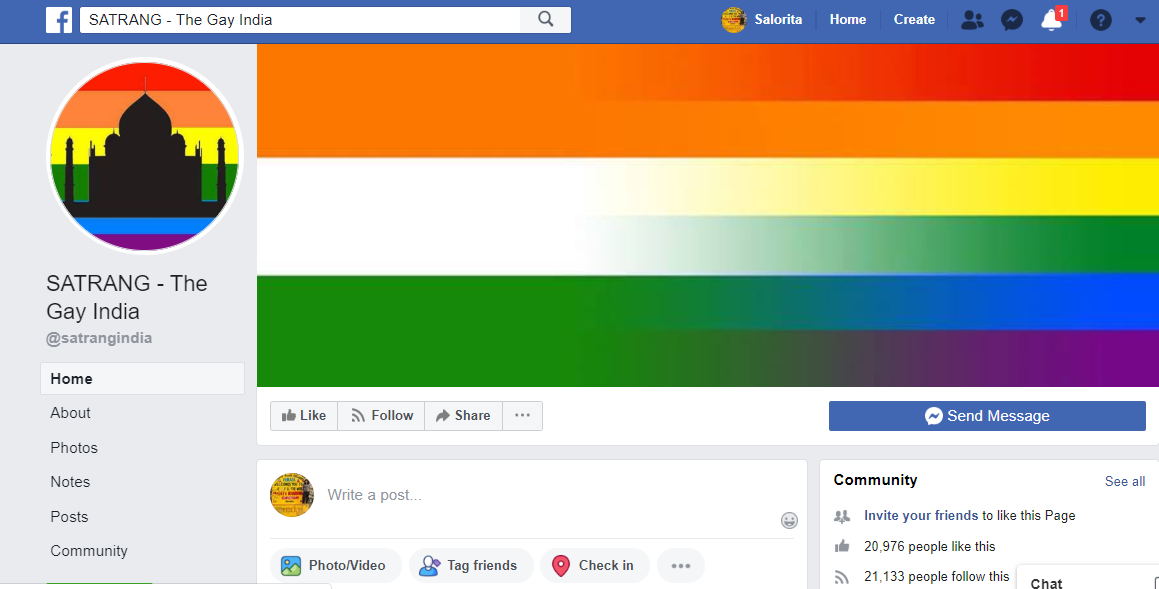 It was majorly created with the purpose to promote and support gender rights and sexual diversity everywhere. With over 20k + likes and followers, Satrang is one of the best LGBTQ Facebook pages that inspires people form queer community.

2. Queerala: It is not just one of the best LGBTQ Facebook pages but the most followed across globe. Queerala was started by a group of people in Kerala who believed that life was better living when together.

It was started in 2012 to spread right information and education about sexual diversity and orientations. The page belongs to the registered organisation for Malayali LGBTQ community that supports queer topics and anyone who needs help or information regarding the same.

The Facebook page’s, with over 51k followers, endeavour is to support queer individuals in accepting themselves and expressing their interests freely. The group organises events, chit-chat activities and workshops to facilitate interaction amidst the community. They disseminate news in English and Malayalam to ensure that the right information reaches the public.

They assist bachelors, research scholars, master level students from arts, media, psychology, history and other subjects in conducting researches and academic assignments. Queerala is everything inspiring and love which deserves much more applause than they are already getting.

3. Yes, We Exist: With over 33k followers and amazing content this is definitely one of India’s best LGBTQ Facebook pages. The page continuously works to influence general public and remove the negative ideas in society towards the community.

“Through this Page, we are trying to raise awareness about the Indian LGBTQ + community and eliminate the social stigma associated with it. Our aim is to sensitize the public so that they are more accepting and empathetic towards the LGBTQ+ community.”

The Page posts superb stories and ideas about and on queer community where they all want to spread positivity about gender diversity.

Yes, We Exist focuses on spreading right information about the struggles and success stories of the people from the queer community. Their queer stories are inspirational and totally engaging.

The content holds immense power to create impact over the masses and change perspectives. The Indian LGBTQ Facebook page has already received so much appreciation and love from all over the world for their wonderful work visible on their feed.

4. GAY Rights in INDIA: The page is dedicated towards fighting against criminalised laws of Indian constitution which robs basic human rights of people from the LGBTQ community.

It was started in 2013 by an independent gay rights activist who has been inspiring lives and helping Indian homosexuals live with pride.

The GAY Rights in INDIA puts up information, news and declarations regarding the community and strongly opposed the Government of India before the Supreme Court decriminalised Section 377.

With over 17k followers it deserves a place amidst the best LGBTQ Facebook pages. LGBTQ community has been facing discrimination for years and it is high time people understand their value and give equal respect and regards irrespective of the gender and sexual preferences.

5. I am Gay from India: With over 80k followers the page is here to normalize stigmas and change the way people looked down at the LGBTQ community. It is one of the most inspiring and best LGBTQ Facebook pages which posts bold, clear, message engraved videos, photos and content.

India being a country of diversities and culture is house to people with variety of gender, sexual orientation, interests and issues.

Despite its diversities and languages, people here struggle to get their basic rights especially gay rights. I am Gay from India is an unique page that resonates the voices of the people oppressed and abused repeatedly.

It is focused on spreading facts and realities about gay love and give out the message of being together “till hate do us apart”. If you support their cause and understand sentiments of people of all colours then this page is highly recommended.

6. Queerythm: It is a registered Community based Organisation(CBO) which functions to spread awareness about the rights and lives of gender & sexual minorities. The organisation maintains one of the best LGBTQ Facebook pages named as Queerythm in the country and operates from Kerala.

They have over 9k followers and focus on imparting right information and knowledge about People Living with HIV/AIDS (PLHIV). The group was formed with genuine causes and issues related to the community with colours in Kerala and India.

When people reveal their orientations and gender as anything apart from the Cisgender they are referred as coming out of the closet but this group believes in a tag which goes like “for us coming out means coming home” which explains everything at once.

7. Nazariya: A grassroots LGBT-Straight Alliance: The LGBT+ youth alliance and social justice group is based in Delhi and was formed by students from Delhi University.

The team exhibits some commendable content on their social media channels and pages. Being one of the best LGBTQ Facebook pages, they focus on empowering open minded youth from across the country and normalize issues related to the queer community.

“Our vision is of campuses and spaces where the youth feel a shared responsibility to increase their individual understanding of and comfort with diversity, to enhance their ability to work collaboratively in order to raise awareness, promote respect, and create a culture where they can advocate for inclusion and social justice for all.”

Nazariya stages open queer movements and create content to make an impact over people and make them confident individually.

The queer youth alliance was conceptualized in 2017 and has already garnered much attention on social media platforms.

Isn’t it beautiful to watch the country’s youth understand and work towards developing a sustainable surrounding for all?

Indeed, it is when they also respect the queer community which faces societal turmoil each day.

8. The Queer Muslim Project: This unique page has over 13k followers and focuses on bringing out the facts and information related to the Muslim LGBTQ community in India and South Asia.

The Queer Muslim Project organises events and meetups to engage the people of the community and spread positivity towards gender diversities, sexual preferences and individual choice.

The page provides digitally advocacy to people from the queer community who are also Muslims. This page provides support through their workshops so that everyone knows that they are an integral part of the society and deserve no abuse. 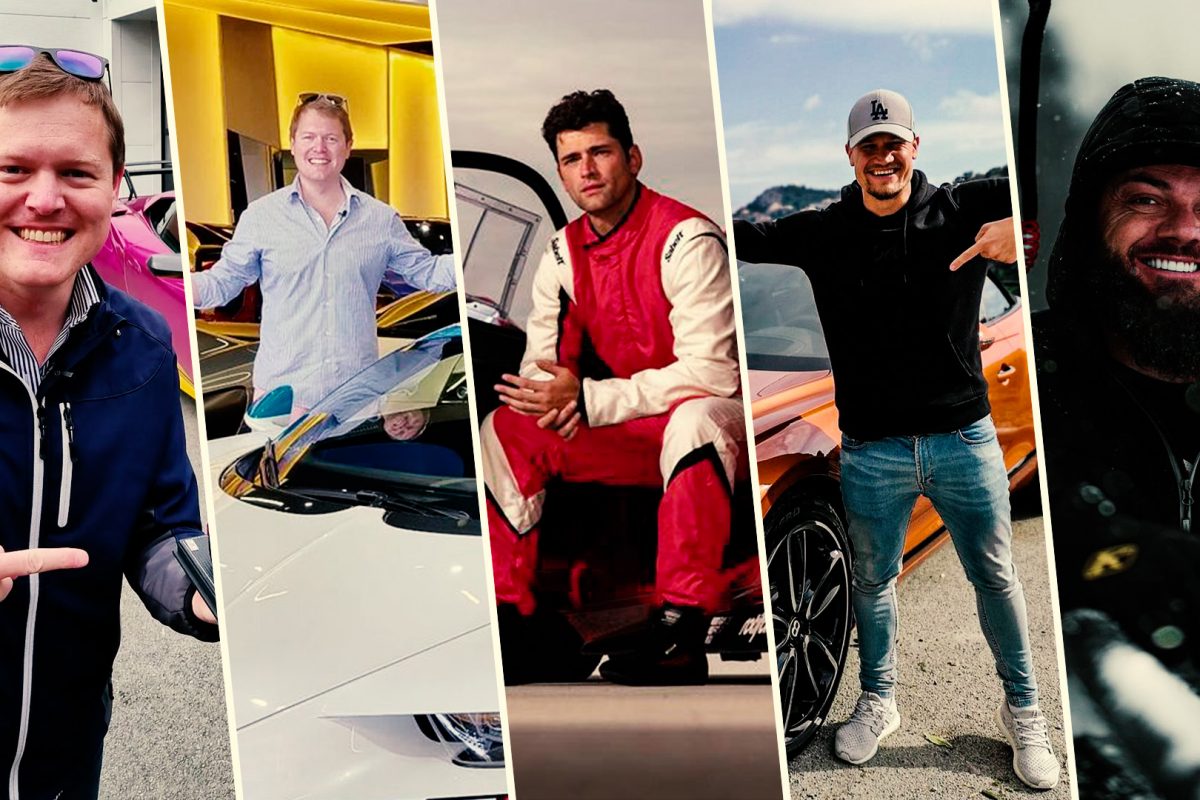 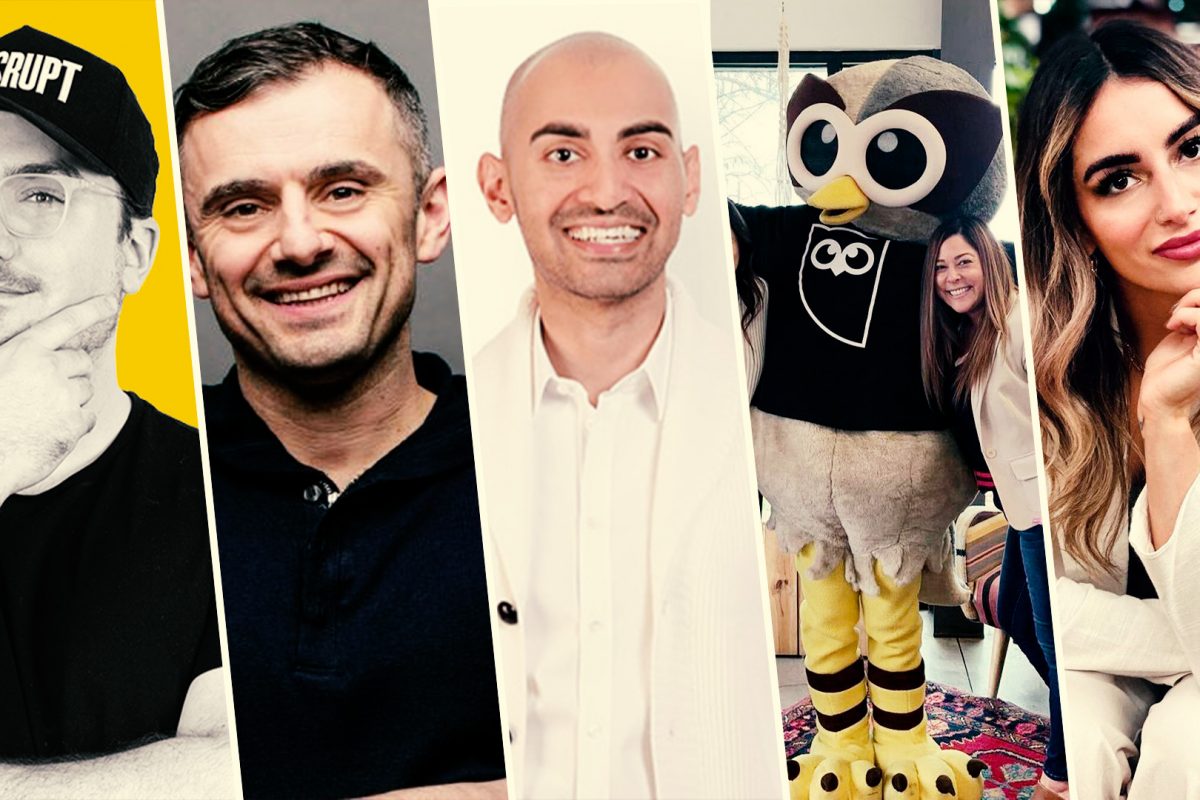