On the 6th of September 2018, the supreme court of India unanimously declared that article 377 is unconstitutional as it infringes the fundamental rights of autonomy, identity and intimacy of the citizens. This legalised homosexuality in our country thereby sending a strong wave of existential confidence, rightful freedom of expression and a message of a secured future in the country for the LGBTQIA+ community. 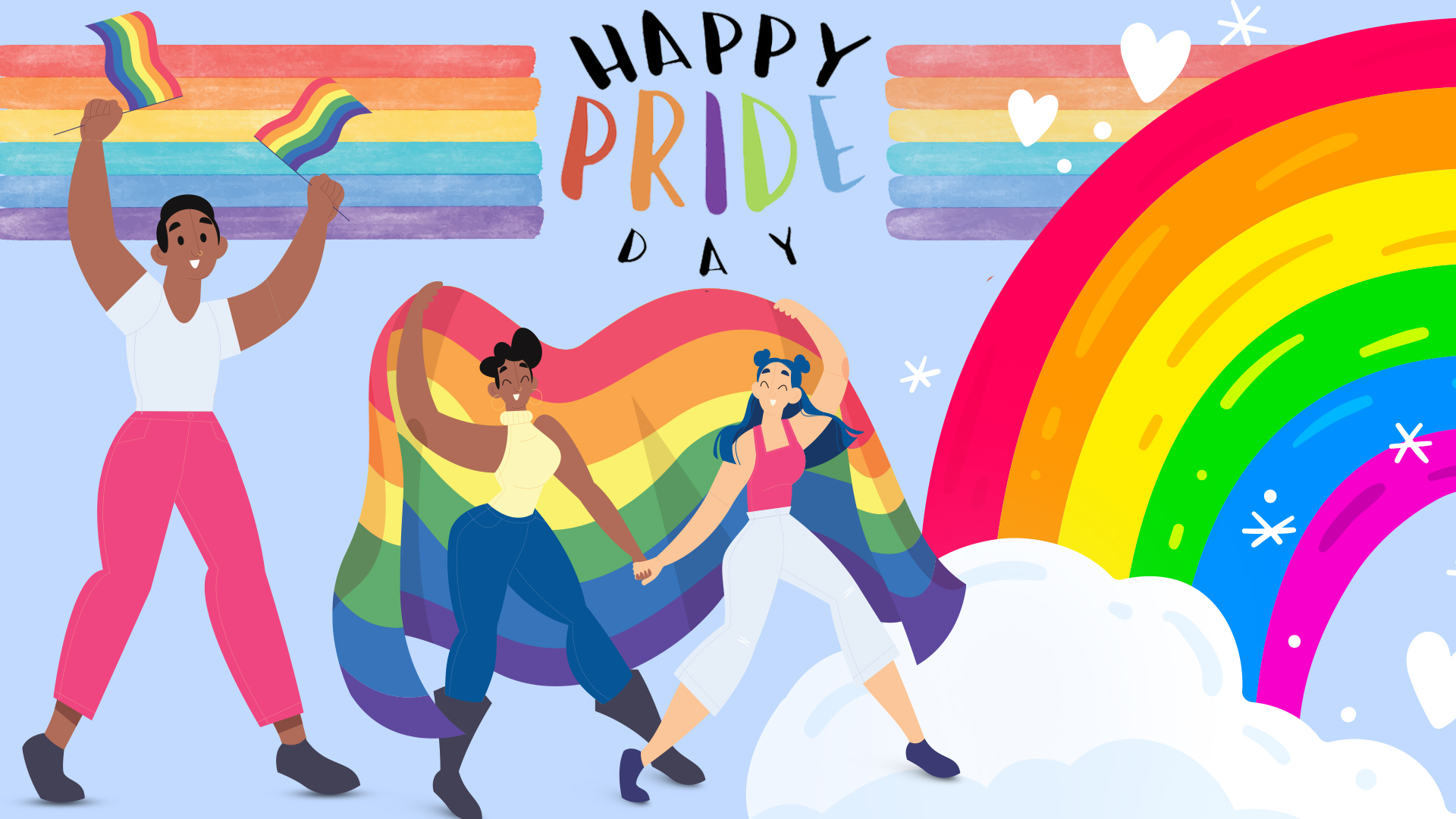 This historic movement changed lives and bought in an opportunity for discussions on the matter of sexuality, queerness and its acceptance without discrimination and fear of vengeance by the authorities. The scraping of article 377 under the Indian penal code was a big win for all of us. It made space for the right information, facts, unprejudiced debates and speech on the issues related to & faced by the minor queer community over years now.

Since June is the month of pride that is happily celebrated all around the globe, here we have carefully listed a few hearts touching campaigns that changed perspectives, spearheaded the peaceful missions and bought out the real stories of precious lives.

Marketing campaigns and Amul’s brand mascot have always gone hand in hand in all situations. The little ad space in newspapers featuring the little animated girl in a frock with enchanting, brilliantly short and effective quotes have always made it to the headlines. They have stayed in news in relation to the LGBTQIA+ community since 2013 when the court verdict was out. They created an ad in support of the community with the girl laying down flowers on a tombstone with the epitaph “Freedom of choice-2013” to commemorate the decision. 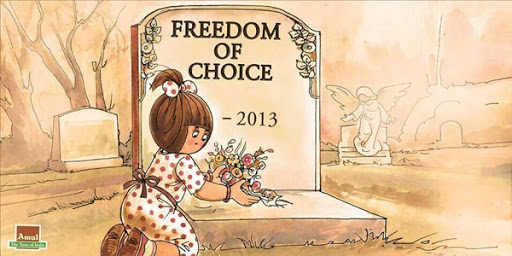 They had also launched an ad in 2009 when the Delhi HC decriminalised Gay sex with a witty slogan that went like “Out of Closet, Out of Fridge” resonating with the brand image and cause support. Amul has always stayed in relevance by being one of the top brands that tap into the market with a confident stand on various current affairs and news. Their efforts on keeping up with the pace and spreading positivity on matters concerning the queer community are praiseworthy. #Loveislove 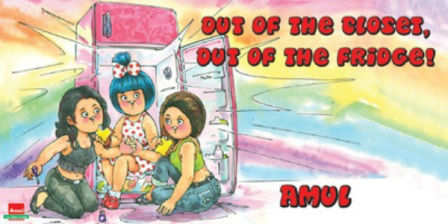 The online dating, friendship and social networking application launched a 58-second video ad that highlighted the normalcy in the quirk of the LGBTQIA+ community. They showed three individuals representing the pride community and openly discussing how a relationship is supposed to be for them in their opinions. The video had topics like how much one can reveal about themselves on the first date, thoughts about moving in with one’s partner, the PDA culture etc. 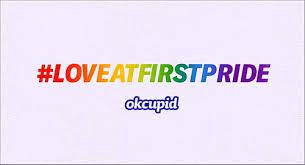 While the participants clearly expressed their views, they also made sure to maintain a theme that gave out no message of discrimination, gender binary roles, and other associated myths. It was rather real, practical and transparent in its idea of the campaign. The brand floated a slogan that went “Questions are loud, answers are proud and so many firsts are just coming out” that the bars for LGBTQIA+ ad campaigns by popular brands that are aiming at changing norms along with growing themselves. #Loveatfirstpride

The popular over the top cough and cold suppressant by P&G has played a significant role in our life for years now. It has always popularised the message of motherly care and affection through its ads that often showed a mother caring for a sick child with the Vicks VapoRub. This time the brand associated itself with the LGBTQIA+ community with its strong message in an ad campaign in 2017 that stayed with most of us since then.

The advertisement was made on the true-life story of the well-known social activist Gauri Sawant, director of an NGO named Sakhi Char Chowghi that supports the transgender and queer community. Briefing the ad, it shows a girl named Gayatri narrating her story with visuals about how she loses her mother at a young age and ends up in an orphanage to be adopted by a loving mother again. The ad maintains silence over the identity of the new mother while highlighting the struggles of Gayatri and how her foster mother loved and cared for her till the end. The last part reveals how Gauri Sawant happened to the foster mother to the orphan child ensuring a bright future and career of a lawyer for her.

It fights the social stigma and fabricated tales of people from the transgender community abducting children and being incapable of bringing up normal families with kids. The ad manages to portray motherhood in its most traditional manner that is widely accepted in our societies just to make sure that the stereotypes are shattered down and the conventional ideas of families get a new meaning. Effective and heart-warming on all sides. #Touchofcare

Yet again making it to the list with another exemplary ad campaign, OkCupid seems to have cracked the code to the audiences in support of the LGBTQIA+ community and the queerness along with the brand. Marking its participation and celebration in the international month of Pride, OkCupid launched digital ads in June 2020 featuring real people representing the queer community. There were Instagram posts and YouTube video making round of the platforms that presented the idea of love to the millennial India that did not discriminate and was loud and proud about what they believed in always. Despite COVID-19 induced pandemic lockdown, the ad ensured that people had their own safe digital space to voice their stands during the pride month and aimed at gathering support from all allies of the community.

It featured people from all ages, genders and backgrounds who let their hearts out with their idea of love and came together in solidarity with the theme of love without barriers. The discussions were real with all issues that came along with it like having the relationship on cards and having married in a traditional manner. 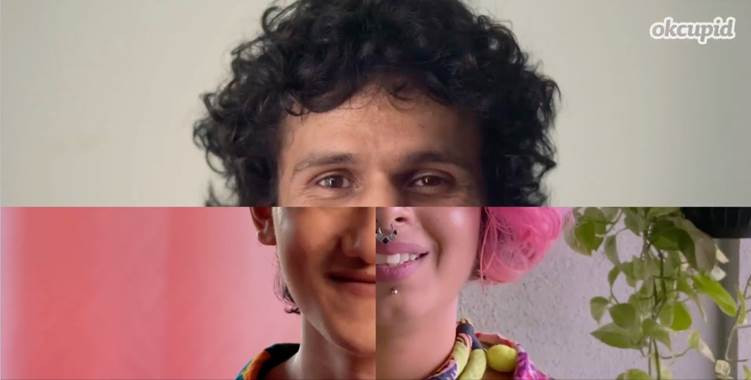 The ad campaign was built with insights taken from the user responses to the application surveys on the topic. The campaign was aimed at encouraging people outside the community to come in support of people’s freedom in choosing their way of love with no buts, ifs, coulds and shoulds in their life. #Allyoflove

An ad that is as perfect as the common household love stories that we are surrounded with all the times. Myntra specific brand Anouk came up with this well-conceptualized advertisement that is titled “the visit” just like a chapter from a book by our favourite short story writers. The love between two young women and the genuine affections associated with the relationship gives major couple goals. 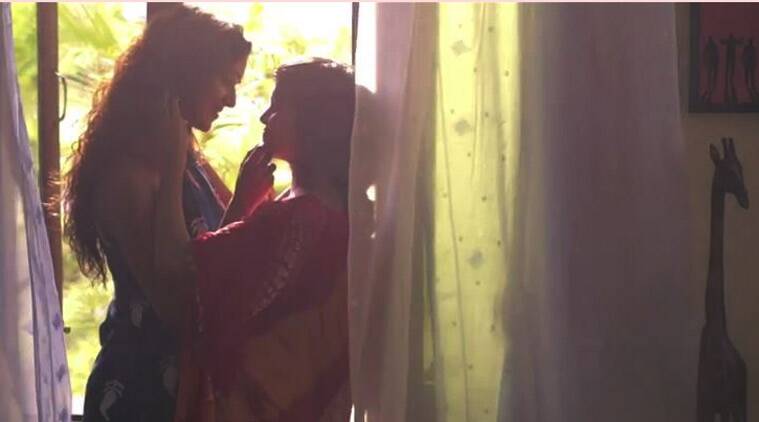 It begins with two women living together in a flat where one of them is dressed in the brands clothing and goes on to doll up for meeting her parents and introducing her partner, another young lady. Later she gets up to take a shower and freshen up to meet her partner’s parents for the first time. They both share outfits from the brand to make sure they looked presentable enough to impress their parents as a couple.

The storyline shows the intimacy and romance between both in a beautiful and affectionate manner with words of appreciation and forehead kisses. It was made genuine sans the drama and overdo unlike in the cringe-worthy depiction of the same in most Bollywood movies. The ad campaign is not just inspiring but also well-executed to hit the uncommon facts as normalcy. #BoldisBeautiful

This list is incomplete without the mention of Levis that is popular denim and apparel brand continuously featuring the real influencers of the LGBTQIA+ community year after year. Their 2019 campaign featured the 4 popular social media influencers Sushant Divgikar, Onir, Priyanka Paul and Aravani Art project who have achieved milestones in their respective talent zones.

While the label never misses the opportunity to launch their rainbow based apparel collection each year, they have also made sure not to mess with the cause and supported as allies of the community. With impressive ad campaigns, they send out brilliant quotes and messages signifying the struggles and obstacles regularly faced by the queer community. The ad mentions how nothing is different about the regular choices and opinions of people in the LGBTQIA+ community yet they are boxed out not just informs but also in real lives. 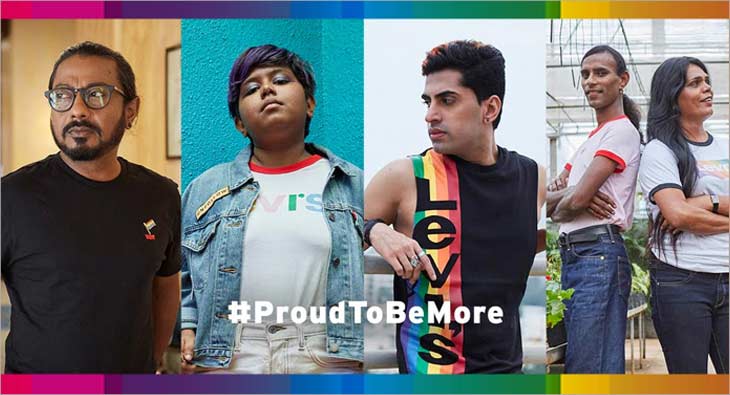 The stories are real and so is the societal barriers that corner the community each they came out. The brand has designed unique jackets, themed T-shirts, denim are other accessories to promote a sense of inclusiveness and acceptance of love in all colours. Levis is the role model brand in ad campaigns related to the queer community and definitely sets examples while setting the standards higher.

Beyond the Brands Marketing the Rainbow

While our society keeps setting its own rules and cultural conformations for all to rotate around as electrons to the nucleus in an atom, we must ensure that the unheard is given an amplifier each time their tales go untold. Brands are in a way public forums that can play an important role in shaping our surroundings. One single message in the right tone with appropriate information can turn the tables for all. While a lot of brands launch their ad campaigns with genuine intentions to uplift the minor, there are several other brands that can be singled out for their visible corporate hypocrisy in order to appear progressive, queer-friendly and tolerant. Brands keep marketing their limited edition merchandise to promote the cause of the LGBTQIA+ community through brilliant ads but fail to represent the same on other days of the year which defeats the purpose. We must realise that branding the rainbow of love may get us consumers but with no efforts to get policies incorporated may defy the cause and prove our ideologies to be illusionary. We cannot consume our way up to LGBT liberation. They deserve the jobs, rights, status and everything beyond the only features in ad campaigns.

4 Things to Know Before Starting a Career in Marketing