When it comes to advertising on social media platforms, it is necessary to formulate an effective targeting group to which the advertisement will be showcased to. In the case of Twitter, there is a great way to create re-targeting advertising campaigns using the Twitter Tailored Audiences feature.

This feature is a lot like the Facebook Custom Audiences feature which allows advertisers to re-target people who haven’t yet been converted, re-engage with people who are already aware of the brand and also make effective marketing funnels.

In this blog, we will talk about everything that you need to know about Twitter Tailored Audiences which includes it’s types, functionality, creation and uses.

What if you want to build an audience target group comprising of people who have already engaged with your brand in some way or the other. Twitter with it’s Twitter Tailored Audiences allows you to do exactly that with your advertising campaigns on the platform. It is done by matching the data that you upload or collect via a code snippet on your website and matching this data to Twitter accounts, populating audience lists that can then be used in your ad targeting. This feature was first introduced back in December of 2013 and ever since it has emerged to be a game-changer for brands performing Twitter advertising. 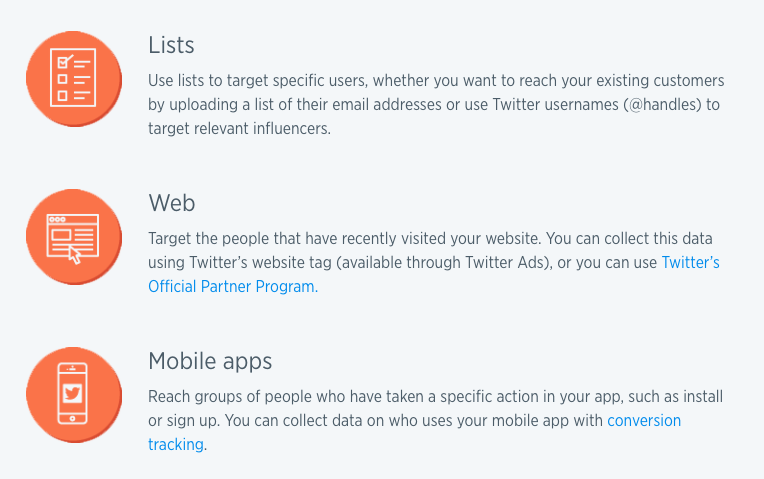 An advertiser on Twitter has the option to choose from the three distinct types of Twitter Tailored Audiences which is used for retargeting campaigns. Here are more details about each of them:

– Lists: With this method, you can simply upload a list of email addresses or Twitter handles which you want to target for your campaigns. This Tailored Audience is a great way to connect with your current customers.

– Mobile: Just like how you can target people visiting and taking actions on your website, there is a way to target people who are doing the same on your mobile app. This is done by installing the conversion tracking code or working with a mobile measurement partner. 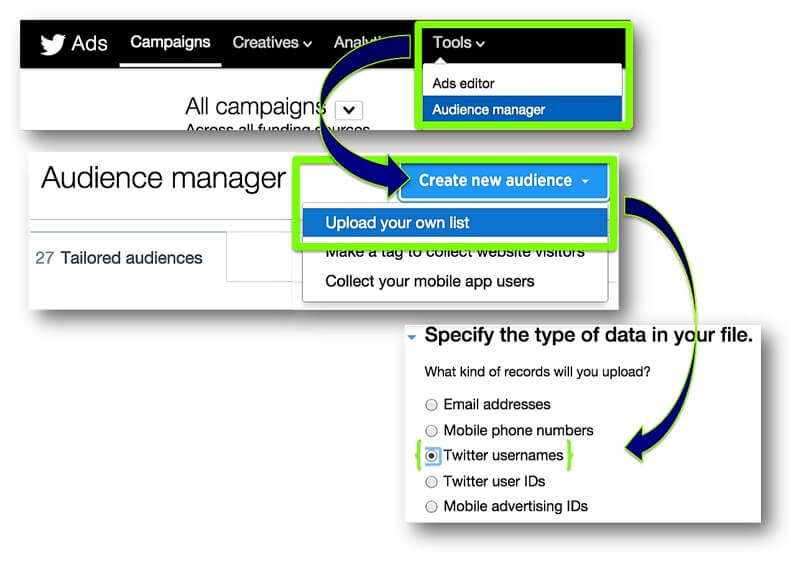 Once you’ve chosen the Tailored Audience type, you’ll now be brought to the page where Audience creation will happen by providing a name for it and all the other necessary information. In the case of Lists Tailored Audience, Twitter will begin matching the provided database to their Twitter accounts and show as ‘Processing’ in the Audience Manager. This may take up to 48 hours and post that it will either show the Audience as ‘Ready’ or ‘too small’. Whereas in case of Web & Mobile Tailored Audience, qualifying users will immediately starting adding up and will show as ‘too small’ until it crosses the 500 Twitter users mark. 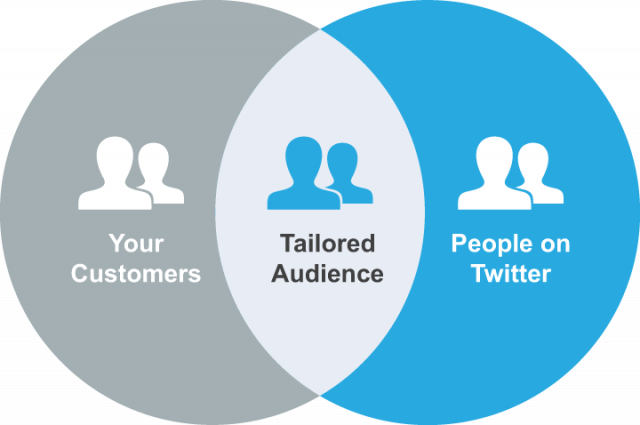 Look for the name that you’ve given your Tailored Audience and select it to kick-start the process. You can further refine this chosen Tailored Audience by selecting the appropriate filter available in the Ad Group. You can also re-target previous customer lists, web visitors who haven’t yet converted, and mobile app users who haven’t opened your app in a specified period of time. 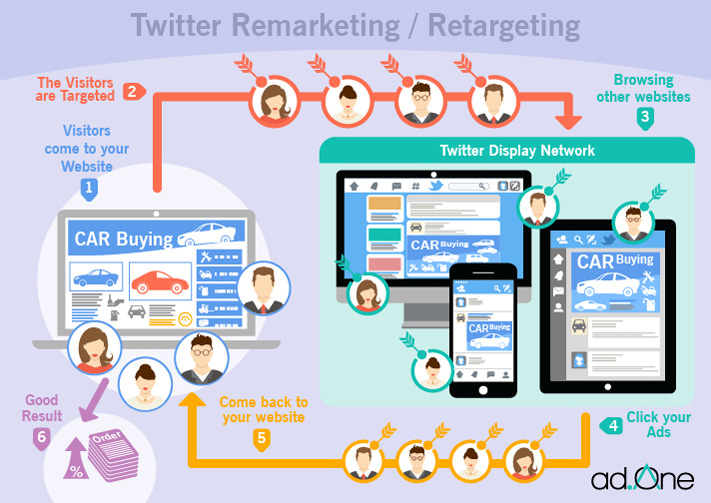 Now that you’re aware of how to create Twitter Tailored Audiences, the next step is to know how to effectively integrate them into your Marketing Strategies. Here are a few ways to do that:

– Conversions Excluded: A brand needs to exclude a Tailored Audience of people who have are already converted if their product is just for one-time conversion and is part of a bigger product set. It will be annoying for users to be targeted with the same advertisement for something which they have already interacted with in the past.

– Abandoned Checkout to be Re-targeted: Many times there are people who don’t finish the complete checkout/purchase process and drop off in between. These are a brand’s most valuable set of customers as they have shown an active interest in your products. You need to push them over the line to be able to convert by creating a specific Twitter Tailored Audience which has the people triggering a checkout event and excluding people who have completed it.

– Email Subscribers to be Re-targeted: The most high-value prospects for a brand are the people who have willingly provided their details to be a part of a brand’s emailing list be it a subscription to newsletters, offers or simple inquiries. These people are familiar with your brand and you need to re-target them by creating a specific Twitter Tailored Audiences list which keeps them safe as your customer.

– Mobile App Users to be Re-targeted: If a brand has a mobile application, they have access to the data of people who are visiting it or taking any actions on the app. This valuable data can be used in creating Twitter Tailored Audiences which will push the users to obtain offers or convert from Freemium users to paid ones.

– Past Customers to be Re-targeted: For a brand, their past customers’ database is a valuable asset which can be easily used for re-targeting purposes. They need to identify trends and understand product combinations to push out new/recurring products and services via Twitter Tailored Audiences.

Twitter Ads can offer you a lot of reach and conversions if you know how to use it right. Don’t miss out on the fantastic Twitter Tailored Audiences feature and get the superpower of retargeting engaged prospects with well-timed messages and finally have them converted.

How Brands can use Snapchat Geofilters for Marketing