Everyone has a fear of something, but when it comes to the greatest fear, then it is nothing compared to most extreme sports. The number of new and out of the ordinary extreme sports such as Mountain Biking, Downhill Skating, Base Jumping, Waterfall Kayaking & Rock Climbing has been increasing every year. In this article, we will discuss the major extreme sports and popular Extreme Sports YouTube Channels that keep the adrenaline flow alive.

Sports enthusiasts, often quoted as “Adrenaline Junkies with death wishes.” are treated like crazy people, risking their lives just for the sake for adventure. But it is not true. These people are not risking their life, instead, they are boosting their inner strength by pushing their limits. It all starts when these guys get bored after they master a sport and then start exploring exceptional thrills to reach the peak of adventure. These kinds of peak adventures performed in uncontrolled environment grows that sport and gives high rewards by taking higher risks.

Let us first start with Base Jumping, where the person needs to jump from a fixed structure or cliff. The major difference between the SkyDiving and Base Jumping is the duration of the flight as the diver only has 3-4 second before opening the parachute, and there is nearly no chance of parachute failure. 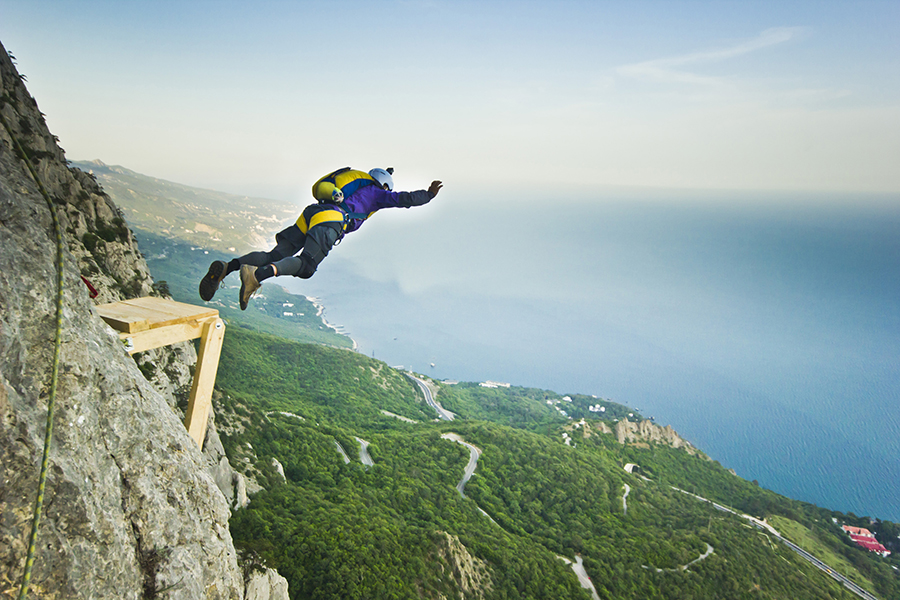 Next, comes the sport of Downhill Skating in which the rider can reach up to 80mph. In this extreme sport, controlling the skate at such high speed is the key. 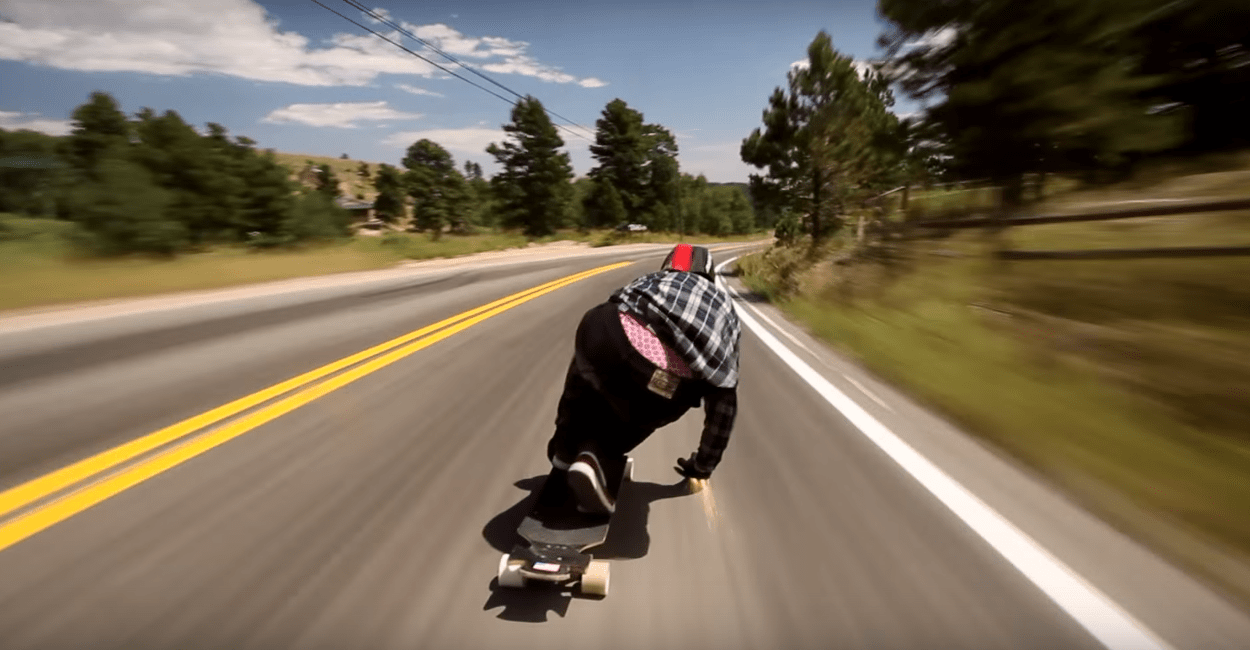 Kayaking was already an extreme sport, but explorers have now taken it to an extreme point where they choose waterfall and kayak through it. This stunt sometimes gets really dangerous due to the nearby rocks and heavy flow of water.

Just like Ice skating, Mountain Biking and Rock climbing are getting aggressive day by day, the takers of the risk are now pushing the sport to another level. Ice skaters are skating through steep slopes and sometimes even crossing the avalanches. Mountain Bikes are getting dropped by helicopter on rocky hilltops, and the rider has to find a way to the ground. A single inch miss will easily land you in the gorge with no second chance. Similar to Skating and Biking, Rock climbers are creating new records day after day by climbing up on cliffs and that too with any safety equipment.

Now let’s talk about channels which feature such content through which watchers like us can appreciate the skills of the adrenaline junkies.

The world of Red Bull hosts best sports action clips and original web series for those who are a die-hard fan of adventure sports. You can watch highlights from sports competitions like Red Bull Rampage, Frozen Rush, Volcom Pipe Pro, and many more. Their original web series MX Nation, On Track with Curtis Keene, J.O.B., Sheckler Sessions and more are available on Red Bull TV, www.redbull.tv. Red Bull being one of the popular Extreme Sports YouTube Channels has more than 8.5 million subscribers.

Second into the list of Popular Extreme Sports YouTube Channels is Storror, which is a group of seven free running and parkour athletes from the UK who are true lovers of adventure and are passionately following their thrilling journey since their childhood. Their YouTube channel was established in the year 2010, taking inspiration from documentaries, Jump Britain, and Jump London.

In 2011 and 2012, the team performed cliff jumping from the 28-meter- tall Azure Window and in 2016, attempted leap from a Hong-Kong Skyscraper building. Featuring stunts on the rooftops of Tokyo, HongKong, and Seoul, Storror team in 2017 released their first documentary. The team even had to take down their video from YouTube and post an apology note on Facebook for stunts performed at Joshua Tree National Park. In the year 2018, these athletes were detained in India and deported back for performing dangerous stunts in Rajasthan. The team is till date building their passion into an iconic brand for Parkour and keeps on sharing thrilling parkour content on their channel. Their channel has a subscriber base of more than 4.5 million.

The American company, GoPro manufactures action cameras and own mobile apps. GoPro sponsors athletes & sports enthusiasts and posts their videos on the channel. Surfing, Longboard freestyle, Skydiving, Snowboarding are some of the most viewed videos on the channel. GoPro has more than 7.4 million subscribers on their YouTube Channel and is gaining immense craze among Extreme Sport performers and lovers.

We all have watched Discovery channel on TV and those who are interested in Bear Grylls ‘Man vs Wild’ would have watched it on YouTube. The show is very much popular and though it does not fall into a category of Extreme Sports, it consists of a combination of all that is extreme. Those who have watched the show can easily relate how survival can turn into a Sport. The show is so much popular that even Obama had to ask Bear Grylls to take him to Alaska or on an adventure. This time Indian Prime Minister Narendra Modi will get featured with Bear Grylls on #InternationalTigerDay to create awareness about animal conservation. The show will premiere on Discovery India on August 12th at 9 pm with global premiere across 180 countries. The channel currently has more than 189K subscribers.

Another channel that fits perfectly among the most Popular Extreme Sports YouTube Channels is Adrenaline Addiction which has more than 710k subscribers. The channel belongs to twenty-three years old traveler and adventure lover Chase Reinford from Philadelphia, USA. Chase Reinford is a passionate Cliff Jumper, Snowboarder and enjoys pushing his limits and explore new things.

Started in 2012, this channel regularly posts authentic & best Enduro footages and life-risking fails & crashes. There are various categories of videos posted on this channel, namely, Enduro GP, Rally, Dirt-Bike fails, Motocross, and more. The channel has more than 800K subscribers base until July 2019.

Next among the Popular Extreme Sports YouTube Channels is Stuntexru, a channel that posts highlights of stunt championship, motorcycle stunt videos, how to do stunts and maintenance of the motorcycle. The channel also makes cafe racer projects with videos on trips, reviews and more. The channel currently has more than 1 million Subscribers.

Stunts Amazing Channel hosts epic extreme sports videos such as urban free-running and parkour. This Channel owns more than 15 subsidiary channels including Dunking Devils, Luke, StuntsAmazingTV, itzDeaMan and more. The channel also has a wide subscriber base of more than 1.1 million subscribers.

Owned and operated by Jukin Media Inc., People are Awesome is a one-stop destination for posting extraordinary sports and activities videos performed by ordinary people. The channel hosts original thrilling and adventurous sports videos in HD such as freestyle football, extreme pogo, snowboarding, martial arts, and whatnot. The channel has more than 3.2 million subscribers and is one of the best among popular Extreme Sports YouTube channels. You can also submit your original sport stunt video on this YouTube channel via “https://www.peopleareawesome.com/submit-video”

Lastly another Extreme Sports YouTube channel that is quite popular is Ronnie Street Stunts by Ronnie Shalvis, a parkour/ free running athlete who regularly posts epic parkour stunt videos. He is also skilled in Skateboarding, Rock climbing, Cat leap, and much more. Upon the release of “The Amazing Spider-Man 2, Ronnie posted a video “The Amazing Spider-Man Parkour” starring Andrew Garfield. The video has over 15,870,592 views to date and the channel has more than 1.2 million subscribers.