Facebook F8 Conference 2019 held from April 30 to May 1, 2019, at San Jose, CA showcased many new features, updates, latest AI product demos, developer programs and tools for all the family apps of Facebook, i.e., Facebook, WhatsApp, Messenger, Instagram, and Oculus. Facebook Founder Mark Zuckerberg even stated, “the future is private,” claiming it is making efforts in bringing more privacy online to all its services, both for its users and behind the scenes, putting a stop to all the controversies surrounding their policies and past scandals related to data privacy. Zuckerberg also unveiled the principles he plans to bring in their products namely, secure data storage, interoperability, privacy in interactions, end-to-end encryption, and safety.

Coming to a big announcement made for the Facebook app at Facebook F8 Conference 2019, the company is making new design changes and makeover in both, Facebook’s mobile app and web, including two of the most liked and used parts of Facebook, Groups, and Events. 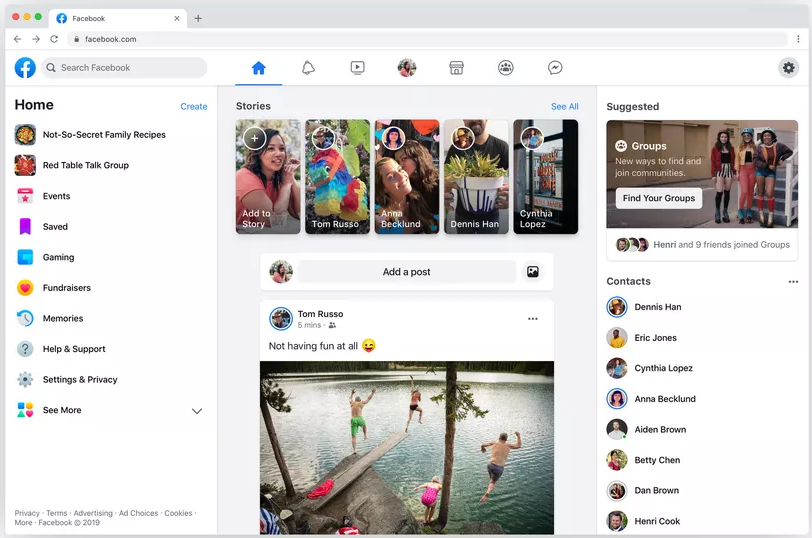 As claimed by Zuckerberg, more than 400 million Facebook users are part of some or the other Facebook group they are interested in, engaging with people from across the globe sharing a common interest. Most popular social media platform, Facebook with over 2,38 billion monthly active users and with more than 42% of marketers recognizing Facebook as a platform of marketing for their business, Facebook is paying far more attention to its Groups, helping grow a community around a brand as part of their digital marketing strategy.  Keeping this in mind, it was announced at Facebook F8 Conference 2019 that it is introducing new tools and changes in Groups to help build this community of users and offering its users a more interactive way to discover and engage with a group of people, this building a social group on their common interest and in turn helping Facebook grow and expand.

In the redesigned menu bar, Group tab has now taken the central position, seating between watch and notification icon, thus making it easily visible and at the same time, users will get personalized feeds of activities and updates from the group they are part of and also receive suggestions to join more such groups based on your interest. 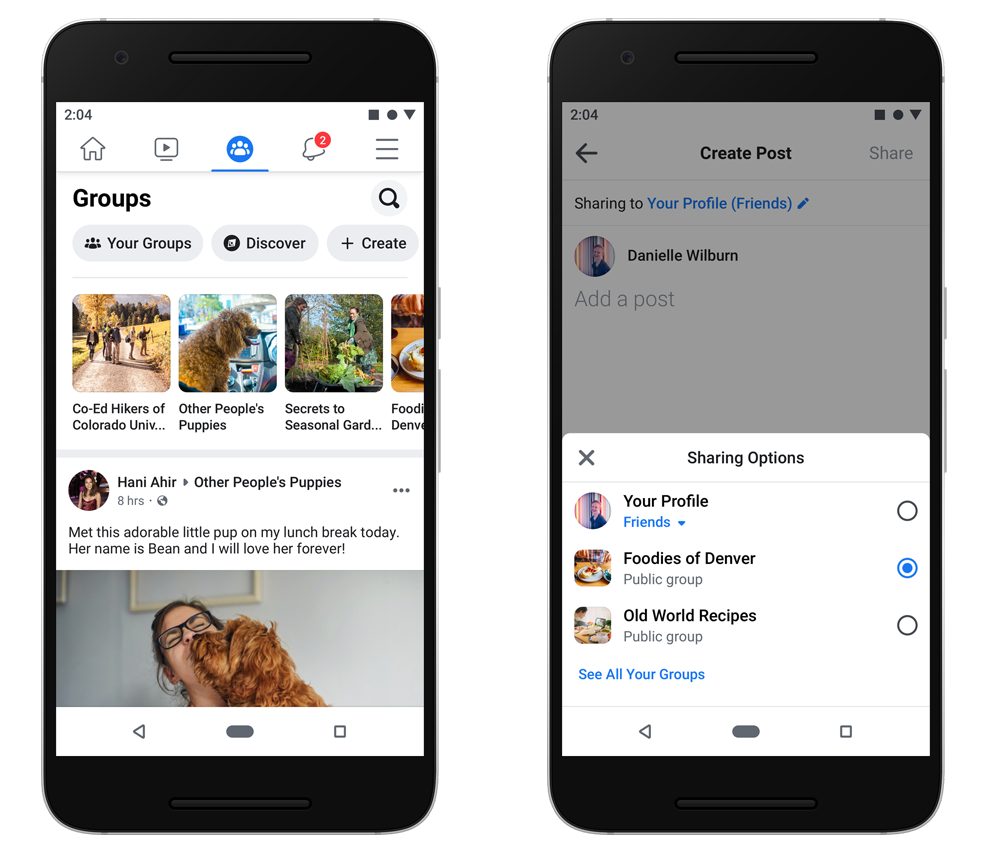 Aiming at building connections in real world with people sharing a common interest other than just doing online communications, this time at Facebook F8 Conference 2019, they announced a new feature, called “Meet New Friend” in the redesigned Group, like making connections of employees working in the same organization, students studying in the same school or college or people living in the same town. This will not only increase the usability of Facebook’s group feature but also offer a medium to make connections with people having a mutual interest outside of the online world.

Dedicated Tools for a specific group

At Facebook F8 Conference 2019, it also announced different user- friendly tools based on the different types of groups to make group interactions more personalized. For example, if you are a member of a Job group, there will be a new template to post job opening by employers and option to message the employers and directly apply for the opening within Facebook itself for job seekers. If a group is doing business using Facebook live, buyers will be able to place orders and raise their queries without having to leave the live broadcast in the middle.

There will be a Chat feature in Gaming groups for different topics, and members can create multiple threads in the group. Members of a group will also be able to post in their groups directly from the News Feed. Just the way one posted on their own Facebook profiles

New Events Tab in the making

Do you know that around 700 million people are using Facebook events monthly to grow their market every day and a public event gets viewed by more than 35 million people. For the same reason, it is putting a lot of emphasis on making Events as the most powerful tool when it comes to promoting events on Facebook as part of digital marketing to help brands grow, build and gain user attention to turn them into valuable customers. With Events Tab, you can promote and share events on Facebook Pages, highlight upcoming activities on the calendar and add your calendar on other pages, use Facebook advertising to target custom audience as well as directly sell tickets on Facebook. 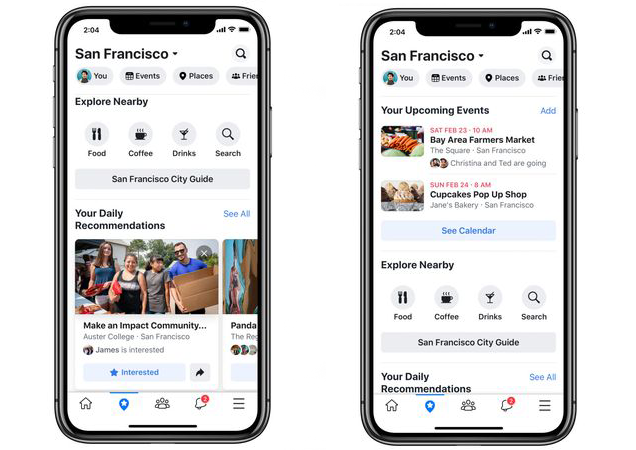 This time at Facebook F8 Conference 2019, it has announced the addition of Events Tab with a new intuitive look and feel to let users know what all is happening around them. This includes a map view to see the nearby venue of upcoming events you are interested in, easy way to find new events, daily recommendations, listings of local businesses, better organization of your calendar and checking out events hosted by your friends or some public events and organizing a circle of friends going to the event.

Facebook has also introduced a dating service at last year’s F8. In this year’s Facebook F8 Conference 2019 , it announced that Facebook Dating will be expanding to 14 more countries and a new feature named “Secret Crush,” has been introduced which does exactly what its name says. You can create a secret list of Facebook friends with whom you’re attracted to, whether or not they posses a dating profile. If at anytime they start using the featue and marks you as their Secret Crush then Facebook will notify the two of you that there’s a match.

Mark Zuckerberg in his keynote speech at Facebook F8 Conference 2019 told that lots of people mistrust Facebook — and that Facebook due to some of its bugs have given them good reason to do so. But he also emphasized about the ways Facebook, WhatsApp, Instagram helps you connect with the people you care about.

Now, YouTube Premium Originals Will Be Accessible For Free