During the test period, Facebook will not take any revenue share for itself, but Apple and Google will take the standard 30% cut on mobile subscriptions, which means the creator will get $3.50 for each Fan Subscription. Initially, Facebook sent invitations to just ten creators in the UK and US and gradually rolling out the Facebook Fan Subscription feature to a few pages in certain regions by sending email invitations.

Now, as the Facebook Fan Subscription service is expanding to other regions, creators will have the choice to set a subscription price that suits them best, and their followers can support them with monthly, recurring payments. Also, creators can customize the benefits their support received, and they must select at least one of the three additional benefits for their supporters as given below:

Additionally, creators can offer their supporters with early access to premieres or watch parties to boost the engagements or give them recognition with shout outs in public posts.

Once the Facebook Fan Subscription feature is formally launched, Facebook is planning to take a cut of up to 30% on Fan Subscription with 30 days prior notice, plus a lifetime license to use the creator’s work.

Facebook’s 30% revenue cut is comparable with a 50% fee collected by Twitch channel subscriptions, 30% by YouTube channel membership, and 5% by Patreon. Patreon, a crowdfunding platform where more than 3 million fans (patrons) support their favorite creators is expected to pay out $500 million to content creators in 2019.

Author Tiffany Jenkins, one of the first few creators who opted for Facebook Fan Subscription, gained more than 400 supporters within six days of using Fan Subscription. She is even donating half of the monthly revenue earned from the subscription to a charity chosen by her supporters.

Video content creator and former medical practitioner at Stanford, Zubin Damania, also known as ZDoggMD is happily using Facebook Fan Subscription to get updates and feedback from supporters to help him shape his content which is based on healthcare and medicine.

It is well known that building a community of fans and followers on social media platforms is the easiest and the most effective way to monetize their art and talent. The easy explanation on Fan Subscriptions is that Facebook wants to attract creators and turn fans into paid supporters just like YouTube, where creators monetize their content.

Creators often leave a platform when they can’t make any earning and switch to other places to monetize their content. Presently, Facebook doesn’t have any robust ad revenue program like YouTube where creators ask Google to play ads before their videos, wherein 55% of the revenue goes to the creator and 45% to YouTube. Facebook, with over 2.38 billion monthly active users, can make millions in donations even when 1% of the subscribers pay for the subscription.

But the fact that is of a major concern is the “Supplemental Data” clause which gives Facebook the right to display creator’s content wherever it wishes to plus a royalty-free license to their work even after stopping the Facebook Fan Subscription service. Additionally, Facebook reserves the right to offer subscribers a one-month free trial without compensating the creators. 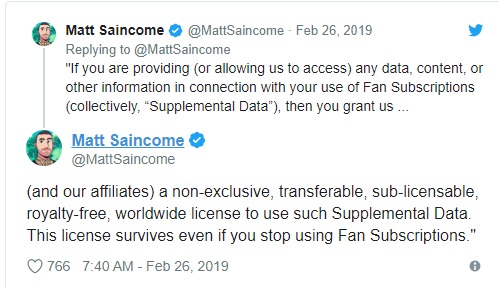 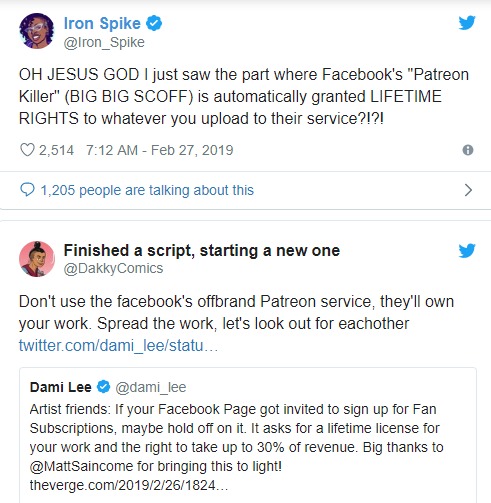 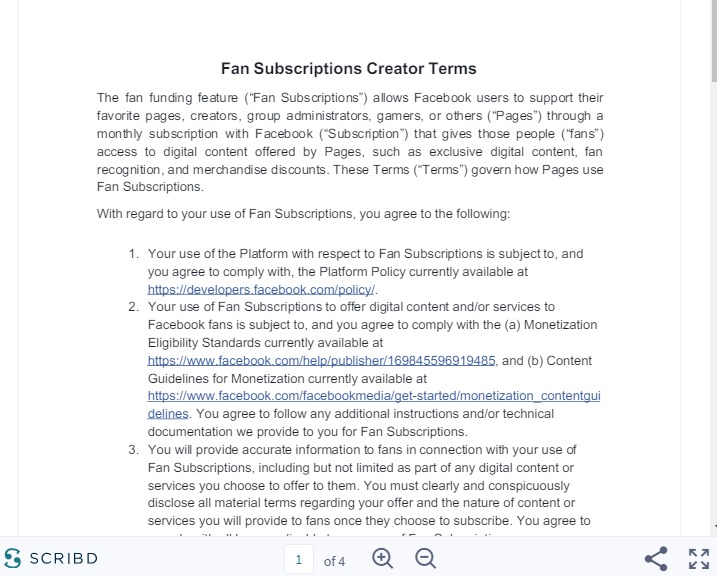 Interestingly Patreon too has a similar “Terms of Service” clause in its Term of Service which gives Patreon irrevocable, non-exclusive, sublicensable, royalty-free worldwide access to use, reproduce, publicly display the work of creators. Further, Patreon has justified the purpose of the license to promote the creator’s work and keep Patreon operational without stealing the content or using it in any exploitative way.

Learn the Best Ideas and Examples to Run Instagram giveaways