Have you ever moved away from a website because it took too much time to load? Ever chosen a faster website over a slower one? You’re definitely not alone. When it comes to the elements to a robust digital marketing campaign, we give higher priority to the design factor, ad targeting or conversion rate optimization. But there’s another angle that we should not forget and that is the website speed.

Website visitors these days don’t prefer waiting for a long time for the page to load. 46% people say that waiting for a website to load on their mobile phones is what they hate the most. Not to forget that 40% will desert your website for a faster one if it doesn’t load within 3 seconds.

This clearly means one thing – one has to find faster, more effective ways to deliver content. Facebook’s native publishing platform, Facebook Instant Articles aimed at solving this problem of slow page load time on the mobile web. Let’s find out about them in detail.

Back in 2014, marketers were clambering to get a hold of traffic which was diverting towards mobile at an insanely fast pace. To keep up with the trend, marketers concentrated on making their websites mobile-optimized only to find out two years later that the audience had shifted to a new phenomenon – mobile apps.

Amongst them, Facebook was the most popularly used mobile app. Facebook has since tried coming up with new products to keep its 2 billion user base hooked to the platform. Facebook Instant Articles is one of them. 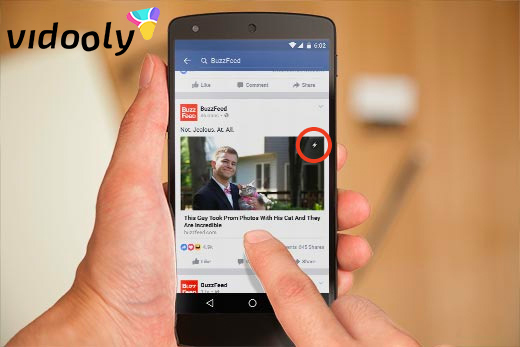 When you click on a link on your Facebook news feed, it takes you to the article on the website of the publisher. However, Facebook Instant Articles open directly within the Facebook app. Not only that, they load 10 times faster as against the 8 seconds that a normal article would typically take to load.

An Instant Article is built on HTML and is optimized for fast and efficient performance on mobile. It boasts of lavish storytelling capabilities, rich design elements and an interactive visual display thus mirroring a user experience of a great mobile app.

A standardized markup language similar to XML is used to modify styles and the interactivity of the articles. You can automate the publishing of an entire content feed using the markup language. Or you can manually apply the capabilities of Facebook Instant Articles and customize them with rich media elements.

The fact that Facebook enables the hosting of Instant Articles on its own servers contributes to the fast load times of these articles. It is available for both Facebook app users on an iPhone and Android. If the user is using a platform where it is not supported, like the desktop version of Facebook, he/she will be taken to the web version of the article.

From the point of view of a user, Facebook app users can easily share Facebook Instant Articles. But how a person who clicks on the shared Instant Article views it will be different. The user experience will vary on a mobile device and a desktop.

What are the advantages of using Facebook Instant Articles?

In case you’re wondering, yes you can monetize your Facebook Instant Articles and drive revenue. Businesses can choose from the various flexible monetization options available. Here are some of the options available that Facebook supports.

As a publisher, you will get to keep 100% of the revenue as you sell your own ads under this category. You can integrate banner ads, video ads, and animated ads within your Facebook Instant Article.

Native ad formats are those that camouflage the form and function of the platform in which they appear. They can be placed within Facebook Instant Articles as direct sold campaigns delivered by a publisher’s ad server.

Facebook Instant articles created as part of brand deals or sponsorships can also be published as branded content.

What you publish is in your control 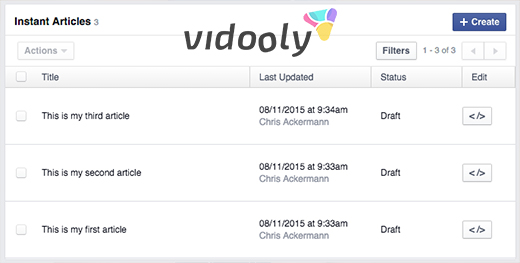 Email signup forms can be integrated within Facebook Instant Articles and this helps publishers to gather more data regarding their followers and readers.

It allows you to capture readership data

Facebook Instant Articles enables publishers to keep a tab on reader-engagement with content analytics tools of Facebook itself. Besides aggregate activity data, Facebook helps capture information on the reach & engagement of the article, time devoted to each article, scroll-depth and how the audience engaged with rich media elements like images and videos.

Having said that, there are certain disadvantages also when it comes to Facebook Instant Articles. People who are not in favour of it argue that Facebook does not provide any backlink to the publisher’s blog thus adding no value in terms of SEO, conversions or traffic. Also, if you are earning your revenue through Facebook’s audience network the social network keeps a 30% share with itself.

How Does Video Watermarking Help To Stop Piracy