The world might be going gaga over PUBG but Epic Games owned battle royal game Fortnite is still holding on to the badge of being the most popular esports game in its category. This battle royale game has been generating billions of dollars for the gaming company with an audience/players spanning across different age groups and geographies.

This is the reason why the recently concluded Fortnite World Cup broke many esports gaming records even though few popular Fortnite players failed to qualify for the World Cup finals held in the month of July 2019.

But, biggest surprise came in the form of 16-year-old Kyle “Bugha” Giersdorf who won the solo division of the tournament taking home a whopping $3 Million. The European team of Emil “Nyhrox” Bergquist Pedersen and David “Aqua” W won the duos division at the World Cup finals of Fortnite held in New York. 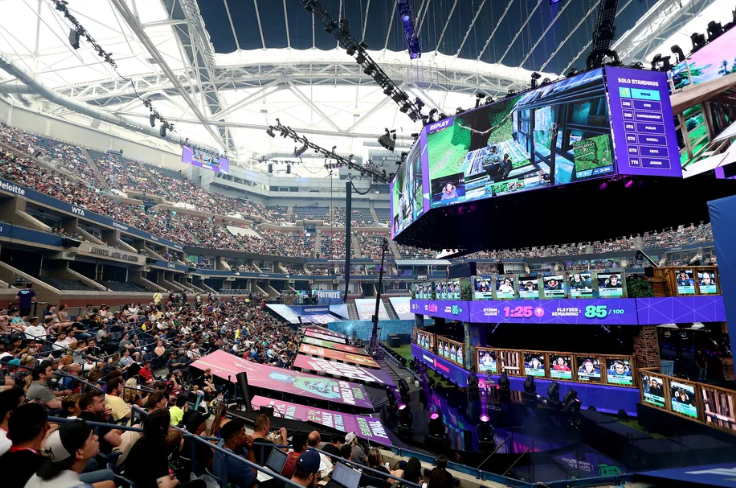 Epic Games announced about the tournament in June 2018 with plans of holding weekly tournaments starting later in 2018. However, there was a slight change in the format & timeline and, thus, the qualifiers for the Fortnite World Cup started in the month of April 2019.

Players with top points in the qualifier rounds were invited for the finals that was held on July 2019 in New York. The total prize money for the tournament was $30 Million and the winner or winning team took home $3 Million, roughly 21 crores in INR.

Over 40 Million+ Fortnite players participated in the qualifying rounds from the world which came down to 50 in duos & 100 in the solo division for Fortnite World Cup, according to EPIC games.

Fortnite World Cup broke all records pertaining to esports industry on Twitch even in the absence of star Fortnite players in the tournament finals and experiencing a 72% drop in viewership for second Pro-Am in the month of June, a month before the World Cup. The peak concurrent user count was just 427K, much lower compared to the standards set by the battle royale game.

Much to the excitement of the Fortnite World Cup organisers, the month of July was like a different dawn for them. According to Githyp, around 1.3 Million+ people tuned to Twitch to watch the finals on Sunday.

During the final match of the duos segment, a peak concurrent user count of 1 Million was reached on Twitch. On Sunday, the battle royale game fell just short of breaking its own concurrent users record of 1.5 Million set by first ever celebrity Pro-Am, last summer.

All the above statistics are the highest till date making Fortnite World Cup the most viewed esports event on Twitch.

On YouTube streaming, the tournament also showed up huge numbers. The official YouTube channel of Fortnite gained 395K+ subscribers and 16.8 Million+ views during the 2 day long Fortnite World Cup. Some mind-boggling numbers related to the same are mentioned below: –

Statistics of Most Viewed Videos on YouTube during Fortnite World Cup

WHAT IS FORTNITE – A BATTLE ROYAL GAME?

Fortnite, owned by Epic Games is a battle royale game where 100 players can join at any moment and the last player standing eventually wins the match. Sounds similar to PUBG but Fortnite comes with few additional features.

The add ons that makes this game unique in comparison to PUBG and other battle royale games is that players can collect materials like brick, metal, wood etc to create ramps, floors & walls in order to build their own fortress to safeguard themselves from the enemy.

Seeing the massive response to Fortnite World Cup held in July 2019, the parent company Epic has announced for a new Fortnite Championship series with even higher prize pool for future seasons of the game. Surely this would keep key stakeholders of the esports industry interested.

How to Get Free Music from YouTube Audio Library