‘Google Chromecast’ may not be a well-known term but a binge watcher may definitely have heard of it. A Chromecast lets you stream all your favourite shows, web series and movies on your television set. Isn’t that awesome that you’ll be able to watch the latest episode of that Netflix original you’ve been following, on your 42-inch LED TV? However, the ride will get smoother if you know some of the Google Chromecast hacks.

What is Google Chromecast?

Now, Google is making your TV smart as well! Chromecast is a dongle which acts as a streaming media player and can be plugged into your TV’s HDMI port. You can broadcast video content right through your smartphone and access Netflix, Prime video, YouTube and other streaming services on the big screen. Not just that, it enables you to listen to music, play games and even browse the web on your TV.

The setup is pretty simple. Plug in the dongle and connect it to your home network. You can do so using the Google Home app and you’re ready to control the Chromecast with your smartphone, laptop, tablet or computer. There’s no dearth of options.

Google Chromecast is available in two variants – Chromecast and Chromecast Ultra. The ‘Ultra’ variant assists 4K Ultra HD and HDR video and can also be synched with an Ethernet connection. 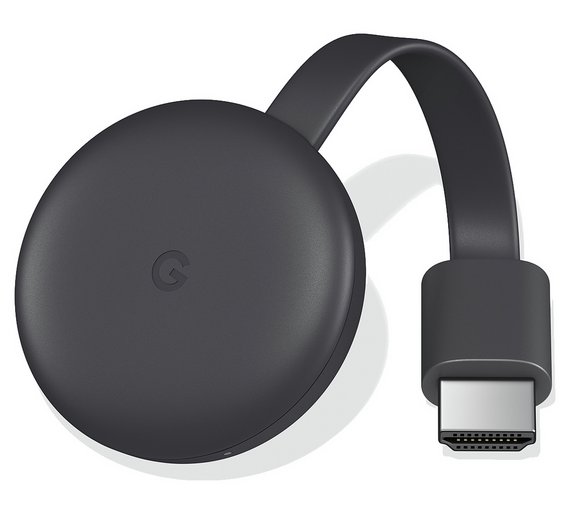 The Amazon Fire TV Stick, Apple TV, and the Roku directly compete with the Chromecast. However, it’s a little different than the other streaming devices. All the other three devices can be plugged in and accessed on-screen with the help of a remote that comes with the device. So, for instance, you plug in your Amazon Fire TV Stick to the HDMI port, select the HDMI input in TV settings and fire up the Amazon TV stick by selecting the option here.

You will need a signup or you can directly login if you’re already signed up with Amazon. You will need your WiFi to be connected and you will see a list of apps that you can stream through it.

However, with the Chromecast, you don’t have a limited set of apps or a separate remote. Your smartphone will be your remote and you can access any content that your smartphone can allow. Hunt for the content you want to stream on your Android or iOS phone or in your Chrome browser and then “broadcast” it to your TV through the player.

Let Google Home do all the work

A Google Home speaker can go a long way in making the whole Google Chromecast experience fun and convenient. You simply need to speak to your Google Home and it will do all the work for you. The Google Home app will act as the bridge between your Chromecast and your speaker. 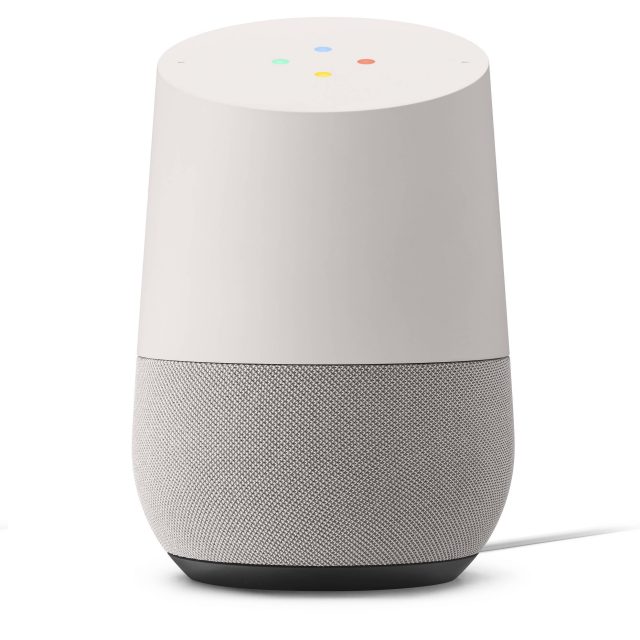 Once you’ve added your Google Chromecast to the app, you can instruct Google Home to play your content on your television. For instance, you want to stream Stranger Things from Netflix onto your TV. Simply give a voice command that goes like “OK Google, cast Stranger Things on Chromecast”.

You can even give a specific name to the Chromecast through the Google Home app. For instance, you rename your Chromecast as “Living Room TV”. Your voice command will now look something like “Ok Google, play cat videos on the living room TV”. Can you see how seamless that is?

This is one of the most important Google Chromecast hacks that you should know. The true potential of your Chromecast can only be understood if you install the right apps to go with it. Most of the apps today come with a “Cast” feature that allows you to transfer the content you are streaming on the app to your TV screen. Here’s a list of a few apps you must have:

Netflix – It is a waste if you have a Netflix subscription and you are only streaming your favorite shows and movies on your laptop screen. Just download the app on your smartphone, link it to your Chromecast, and enjoy a lazy Sunday afternoon binge-watching on your TV.

Spotify – This is a digital music streaming app that supports Chromecast now. So, you can plug in your Chromecast, stream your favorite playlist and tune into your kind of music playing on your TV speakers.

YouTube – You must have guessed this before me even mentioning. You can relish not just all the video content, you can also play an endless list of songs that are available on YT’s catalog.

Amazon Prime Video – You can avail all the content that you can stream on Amazon’s Prime service and cast it on your TV to binge-watch.

Hulu – A video streaming service that gives you access to premium video content from TV series and feature-length movies is a must-have if you’re into binge watching.

These are just a few of the apps that I came up with. But you can have multitudes of video and music streaming apps.

If you are a binge-watcher, chances are you have a ton of movies and TV show episodes that are saved on your computer or laptop. Simply make sure that your Windows PC or Mac and your Google Chromecast are connected to the same Wi-Fi hotspot and you’ll be able to play video files stored on your computer on your TV’s big screen.

You just have to follow a series of simple steps to do this. Turn on your TV and set up the Chromecast device. Launch the Chrome web browser on your PC and go to your address bar. Type file:///c:/ followed by the path of the particular video file you want to play. type file://localhost/Users/yourusername if you are a Mac user, followed by the filename. As the file starts playing on your web browser, select “Cast” option from the menu at the top right corner of the browser. 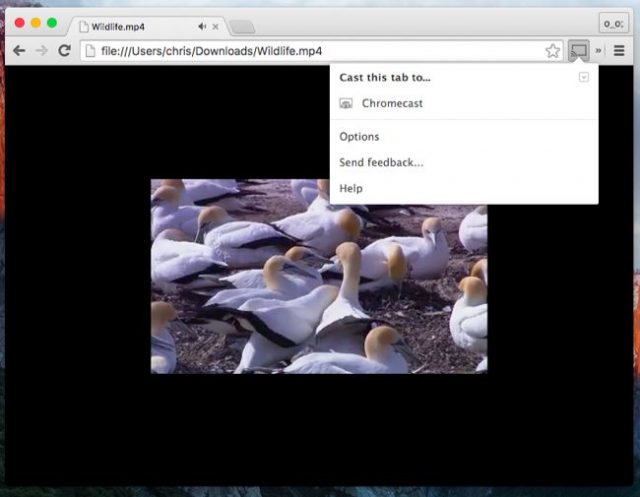 Amplify your signal with an ethernet adapter

Binge watchers hate poor network and a buffering video. But thankfully, Chromecast has a solution if your WiFi is giving you trouble. An Ethernet Adapter for Chromecast is an affordable and effective way to get an uninterrupted and fast internet connection, as it hooks your Chromecast up with the wired network.

Plug in your headphones at night

It’s late at night and you’re craving to watch that next episode of that web series you’re following? Now, you don’t have to turn the volume down to a whisper just because others are sleeping. Just download this app called LocalCast for Chromecast that allows you to plug your headphones in and listen to the audio while watching the video on your TV. I think of all the Google Chromecast hacks, this should be the best one!

Install the Localcast app and open it. Plug in your headphones, and select the “Route audio to phone” option on the Now Playing screen. You’re through and now you can enjoy the night away watching the next episode.

Plex is an all-purpose media solution that has been serving as a media center to organize a huge library of files. It has now evolved into much more and allows you to stream MP3s and watch live TV. Supported by Windows, Mac and Linux, Plex works at the backend to manage your personal collection of music, movies and media files. The best part is that you can access your media library even from a remote computer that runs a Plex media server.

What can be better than being able to watch Plex content on your TV? All you need is a computer where you can run Plex web app on your Chrome browser. To connect with your Chromecast, click on the Plex Players icon at the top right. From the Google Cast extension window that drops down, select Chromecast and you’re ready to binge-watch.

Queue up your music playlist

This one is for music lovers out there. Chromecast is not used for just streaming video content. You can tune into your playlists and stream music through your TV speakers too. There are unlimited apps out there such as Spotify, YouTube Music, Pandora, Google Play Music, TuneIn Radio, 8tracks and much more that can be synced with your Chromecast.

Traveling somewhere? Just carry your Chromecast along so that you don’t end up being bored in your hotel room. You’ll no longer be restricted to the limited TV channels that are airing on the hotel room’s television anymore? Simply plug in the Chromecast into the hotel room TV’s HDMI port, tune it up with your personal WiFi hotspot (you’ll be required to bring in your own) and you can start browsing from your phone.

At the time of setting up your Chromecast, you can enable the “guest mode”. This feature has been given to let you grant permission to your friends and family who can stream content on your Chromecast despite being logged into a different WiFi network. Just enable the feature from the Google Home app and that will allow others to send media to your Google Chromecast device by entering a unique PIN.

How The Enthusiast Network is Leveraging Video Marketing to Grow its Business?