YouTube is 2019’s largest video website with 2 million people visiting the platform every month. It is already under fire for repetitive content moderation related controversies of pedophiles leaving predatory comments on videos featuring minors on YouTube or the bigoted harassment of a Vox journalist.

Keeping all that in mind, this time, we will discuss, How Brand Safety is going to revolutionize YouTube Ads in 2019?

The platform has been recently blamed for serving inappropriate content for children and radicalizing young adults. A recent article in the Wall Street Journal even found out false information about cancer treatment available widely on digital platforms, including YouTube.

Earlier this year, the world’s major advertisers and brands like Hasbro and Disney pulled their Ads from YouTube after brand safety issues were reported on the platform following the issue of Ad misplacement on inappropriate content. 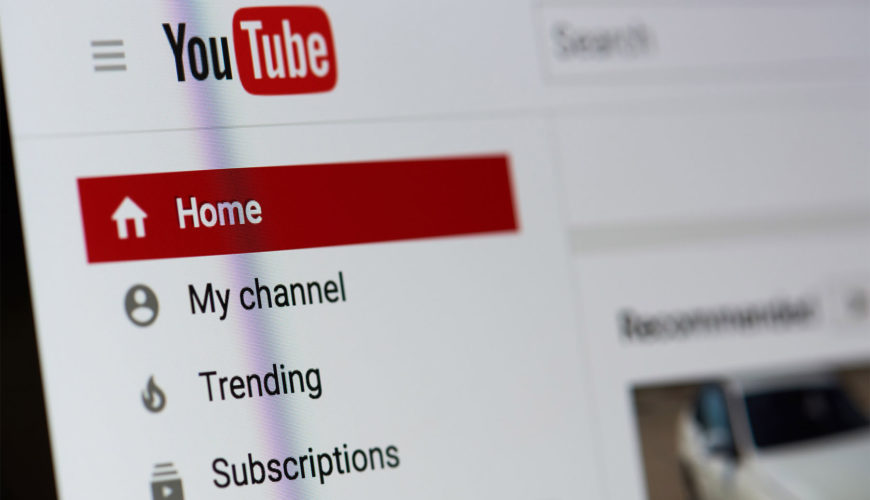 This is not the first time when YouTube has faced backlashes from advertisers, brands, and viewers for inappropriate or wrong Ad placement.

The first issue came into attention in 2017 when advertisements of household brands were running adjacent to violent and extremist content. The same year, the platform was criticized for serving Ads on videos promoting disturbing scenarios and child abuse. The news prompted brands like Adidas, Mars & Diageo to temporarily pull Ad spending.

These Brand safety concerns matter the most for a company that has the most extensive user base, serving around 73% of U.S. adults. In other words, advertisements in the wrong place pose a risk for many brands which in turn affects the platform’s Ad revenue.

Among all tech companies, Google has the most significant share of 37% in the US digital Ad revenue and even after repetitive Ad pulling on YouTube, advertisers are resuming their Ad spends on the platform owing to its broad reach, targeting capabilities, and Ad inventory.

This does not mean YouTube is not working towards making the platform safe for both brands and viewers. The video giant has already accelerated the efforts by launching comments classifier to identify and remove inappropriate posts. YouTube has even made advancements in AI-powered tools that detect violent and extremist videos before detection by any human. Despite all the measures taken by YouTube to make it more secure for users and brands, advertisers are still approaching the platform with caution and reduced Ad spending.

Nishma Robb, a UK Marketing Director at Google Ads, admitted a “100% safety” might never be possible for brands on YouTube but they are continuously working to introduce new advancements to combat the issue.

YouTube is doing this by making critical updates to its ‘Preference algorithm’ or ‘P-score’ as named, which will benefit brands looking to maximize Ad efforts on the platform.

Now, let us first know what a P-Score actually does.

The P-score checks the popularity and viewer engagement of specific content on parameters such as number of repeat views, or how the video has been shared on the various platforms which in turn keeps the Google preferred Line-ups fresh.

Google preferred Lineup Ads will only be served on videos which are firstly reviewed by machine classifiers and later by humans.

First, is the platform for the videos which are watched frequently on more substantial screens and the other, is production for content having high production values like sound quality. These two platforms will bring high-quality inventory to Google preferences.

At the event, YouTube also announced that all the new specials and original series would be available for free with Ads for fans around the world. This will give advertisers more opportunity to align with YouTube creators and drive meaningful results by engaging with a broader audience. Through Google Preferred Lineups or bespoke sponsorships, YouTube originals will be available to advertisers.

Brands and advertisement agencies are getting skeptical about the ongoing brand safety issues on YouTube and are now buying premium publisher audience directly.

YouTube has an exceptionally more extensive audience base, and brand safety varies from advertiser to advertiser or simply from product to product. If it was that simple to regulate, the issue would have been already resolved. One of the biggest question among users of social media is, that whether YouTube is a platform or a publisher?

If it’s a publisher, it’s mandatory to curate the content, and if it’s a platform, it holds no responsibility for the content. Google has the full potential to make the platform at least 90℅ or maybe 99% safe, but the bad factors are way ahead of them in many instances. To combat such miscreants, YouTube and its brands and advertisers need to build a bond of complete honesty with each other and with us, the users.

There is no better place than YouTube to find videos related to your interest and passion anytime and anywhere. YouTube has everything for everyone and often reflects who we are as a viewer. This is the reason why YouTube stands at the number one position in watch time and reach among Ad-supported media services.

Over the years, YouTube has worked hand in hand with creators to deliver diverse and authentic content to the YouTube community.  Although the platform has continuously made improvements in maintaining it’s credibility by tweaking its algorithm from time to time and introducing new developments and updates, enforcing norms and policies on YouTube where more than 500 hours of videos are getting uploaded every minute, brand safety still becomes a big challenge. What’s wrong and what’s right on this video platform is a big point of discussion.

Note: The road is still ahead but there are small players like us who help brands and publishers on their concern on brand safety. You can read more about our Brand Safety tool in one of our Article on Brand Safety.

GIF Marketing Strategy for Brands: How to use GIF to boost your Engagement