Are you confused about which streaming platform is the best for you? Don’t worry, you’re not alone. Over the last few months, I have been struggling to find the right streaming platform to use for my daily binge-watching habit. With so many OTT platforms coming up in India, it is quite natural for anyone to be overwhelmed with the amount of content out there on these platforms. Two of the biggest names in the OTT industry are Netflix and Amazon Prime. According to Wikipedia, over 148 Million people are paid subscribers on Netflix as of April 2019, and that number will increase exponentially in the coming months. However, Amazon Prime, too, has been popular in India with an estimated 10 Million users as per Entrackr in 2018 and as per Wikipedia as of April 2018, 100 Million subscribers worldwide.

Both these giants have been at loggerheads with each other to dominate the OTT market in India. In this blog, I will breakdown the battle between Netflix vs Amazon Prime. To help you decide, I have put up a guideline on certain parameters of the two streaming platforms.

Netflix vs Amazon Prime: Which platform is the best for you?

So in order to find out which platform is suitable for you, I would be comparing them both on price, features, UI and content.

For the Indian consumer, price is one of the most important factors when it comes to picking a product or a service. So when it comes to the difference in price between Netflix and Amazon Prime, it’s a no brainer that the Indian viewer will take the price into consideration when choosing a platform to subscribe to. Amazon Prime offers an annual subscription of Rs. 999 and a monthly subscription of Rs. 129 whereas Netflix is quite a bit more expensive. Netflix doesn’t offer any annual plans to the consumers, the monthly subscription is divided into three plans – Basic Plan (Rs. 500 per month), Standard Plan (Rs. 650 per month) and Premium Plan (Rs. 800 per month). All three plans include one month’s free trial.

Any service that provides extra value to its consumers becomes an instant hit. And that is why when comparing these two OTT platforms, you need to be aware of what additional benefits you are getting by using them.

Amazon Prime goes the extra mile when it comes to giving it’s users a valuable experience with “One membership, many benefits”. If you go for Prime membership, your account will include ad-free music on Prime Music plus on Amazon’s e-commerce website you’d get unlimited free and fast delivery on certain items. They also claim that a Prime user will have exclusive access to deals and offers.

I know what you are thinking. Why does UI matter? But trust me, it really does. With so much content in both the platforms, browsing through titles can get overwhelmingly tiring & irritating. Thus, a seamless and smart UI does help a user to explore and find content easily.

Personally, I use both Netflix & Amazon Prime and I would say that Netflix has a much better UI than Amazon Prime. The design of Amazon Prime’s website is somewhat incoherent. For example, when you click on “Movies” on the top navigation bar, the website shows you different categories of movies in a horizontal list. This means that you have to scroll down a lot to see all the available genres and languages.

Netflix follows a more refined and smooth UI compared to Amazon Prime. What I like about their design is that just below the top navigation bar, they allow you to select the genre when you click on either “Films” or “Series”.

They also have a “Recently Added” link on the navigation bar to allow viewers to find the latest content that has been updated to the platform. Plus each new page that you go to, plays an embedded trailer or clip of an original movie or series to promote it to viewers. Also when you hover over any thumbnail of any content, you get to see a short clip or parts of the trailer within that thumbnail, this way you can learn more about that content and decide whether you find it interesting enough to watch it. 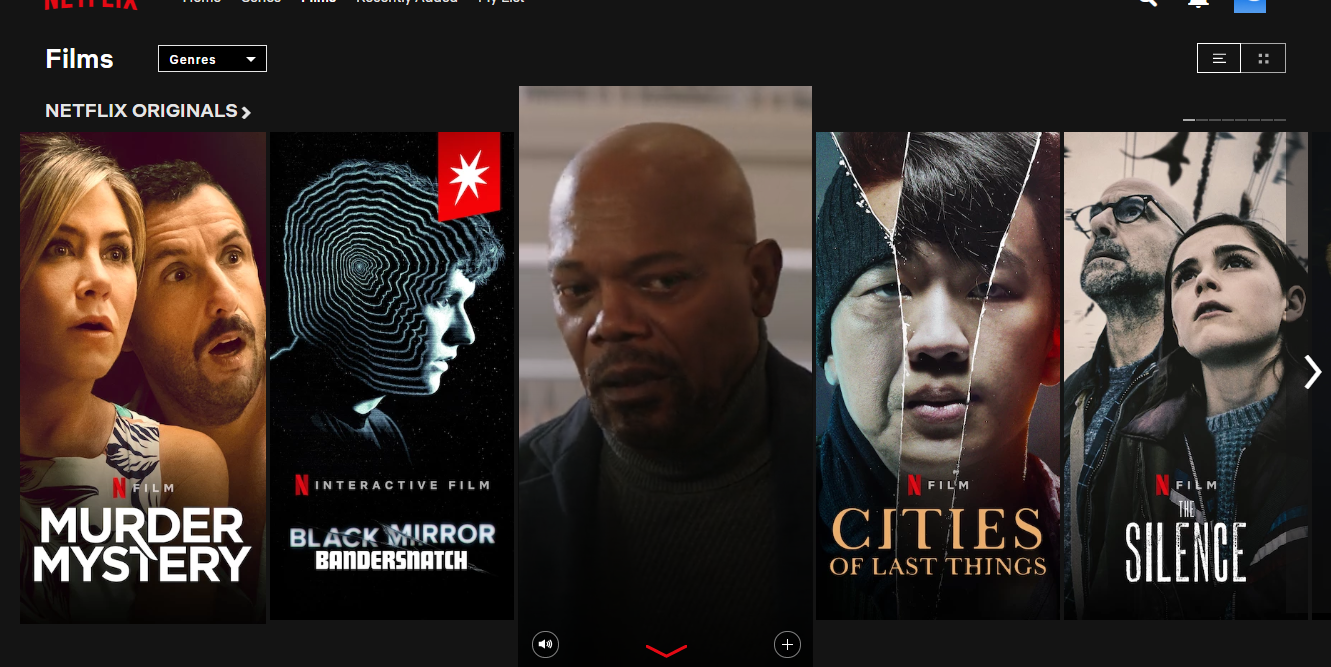 The only thing that I don’t like about Netflix’s UI is that when you click “My List”, all the various content that you had added to your playlist is not shown in a chronological order. The list shows all the movies or series you had added in the playlist randomly. I would like to see which was the latest content that I had added to my playlist.

All the above mentioned factors don’t really matter if the content on a platform isn’t great for viewing. For any platform to become popular, the audience should love the content available, whether original or not. Like you and I, everyone wants to watch amazing movies and series across genres and languages. Both Amazon Prime and Netflix have been uploading original content at regular intervals along with an already existing huge library of titles.

With thousands of licensed movies, series, shows and documentaries, Netflix has been gradually investing in more original productions of diverse content which are getting more popular than ever before. Their shows like House of Cards, Stranger Things, Narcos and Orange Is the New Black and movies like Beasts of No Nation and Oscar-winning film Roma have taken the OTT platform to a different level altogether. No wonder, the biggest names in Hollywood are working with Netflix now. Also, they have been producing top-notch originals for the Indian market like Sacred Games and much more with big Bollywood stars.

Just like Netflix, Amazon, too, has a huge library of Hollywood films but much of those are old and some are mediocre & unpopular films. So, I end up not watching most of the available movies in it. However, for the Indian viewers, Amazon prime has a huge variety of Indian films be it Hindi, Tamil, Telugu, Malayalam, Bengali, etc. You can say that Amazon Prime attracts more regional audience from India. However, this doesn’t mean that Amazon Prime hasn’t been investing in original content. With globally recognized original series like The Marvelous Mrs. Maisel, Jack Ryan and The Man in the High Castle, Amazon Prime has been making all the right moves. And for the Indian market, shows like Mirzapur (a direct competitor to Netflix’s Sacred Games) and Made in Heaven have caught the fancy of the audience in India. Not only this, Amazon Prime has been roping in Bollywood stars for their upcoming shows and collaborating with popular stand-up comedians in India to develop comedy specials like Zakir Khan’s Haq Se Single and stand up comedy reality show named Comicstaan and much more.

Honestly, I am a bigger fan of Netflix than Amazon Prime just because of the quality of International content, the production value and the storyline of most of the shows on it. My recommendation for you would be to subscribe to Netflix. But, at the end of the day, it all comes down to which platform appeals to your taste. In the coming times, more and more content will be coming out in these two giant OTT platforms and once that happens, it’s only going to be more difficult for consumers to pick one.

How to Join YouTube Partner Program and Monetize Channels? 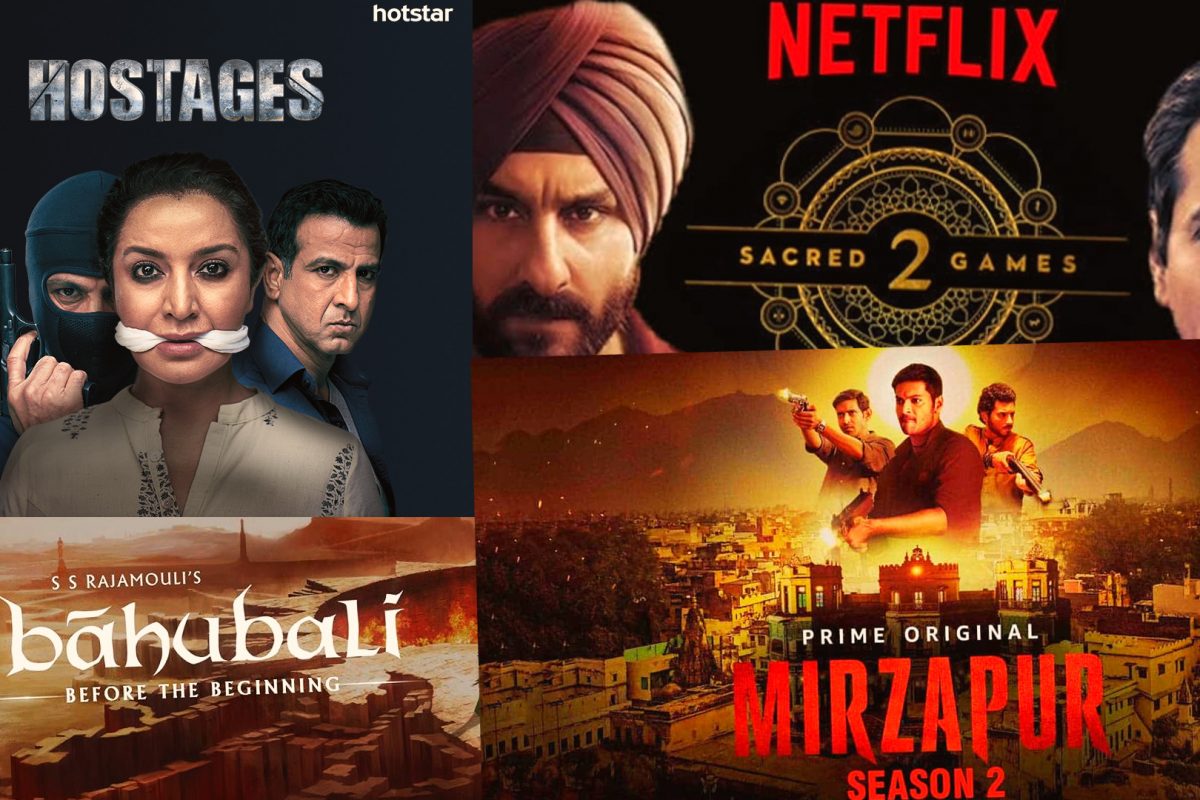