When was the last time you downloaded an iOs or Android mobile app of more than 500 MB in size and your mobile supported the app without any glitches? If you got an answer then welcome to the world of PUBG (Players Unknown Battle Ground) if not still you are welcome because after reading this you will definitely give this multiplayer game a try. In this blog, we will throw some light on Rise of PUBG in India and how it is redefining the Indian gaming industry. 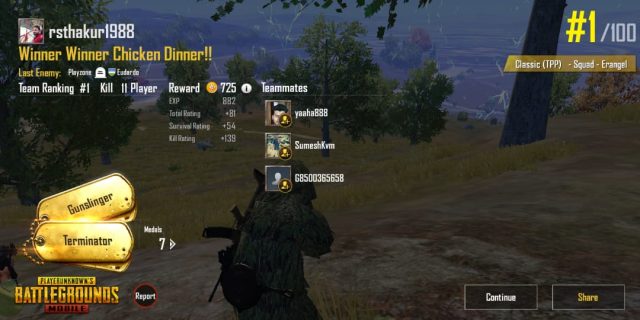 Rise of PUBG in India: The Numbers

Indian telecom industry is battling to revive itself from the red but for customers, the period has been the best till date. Affordable data packs and plans has also led to the growth of smartphone market as well as more & more people using social media and other online services. The launch of JIO services brought this revolutionary change and the makers of PUBG couldn’t have asked for a better time to launch in India than in 2018. 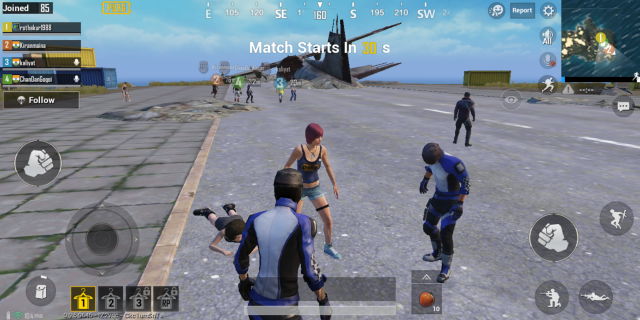 India has seen many G’s from Parle G to 4 G but with the launch of 3 G services, Indian population truly experienced what a fast internet is all about. Although leading network companies still project India as a land of slow internet compared to other developed nations but as long as gaming apps like that of PUBG with a file size of 2 GB+ can be played and a player can go till the end for a chicken dinner, the issues are sorted.

The growth of PUBG in India can be credited to leading factors:-

India has seen a boom in the smartphone market. This boom has not only helped in the rise of the Indian mobile industry but also has been a driving force for M-commerce.

Rise of PUBG in India: The Indian Chapter

The gaming industry is worth $100 Billion+ globally. Indian gaming industry has seen its rise and fall but the launch of famous multiplayer games like Ludo King & PUBG has paved the way for many such games in the future. Ludo King started the craze for multiplayer mobile gaming and with PUBG, Pochinki became the most visited place by Indians at least virtually. Post the launch of PUBG, there has been an 8-10X rise in mobile game downloads and active mobile gaming population reaching 200 Million+ in India and is expected to reach 450 Million+ by 2021. (Source: ET) 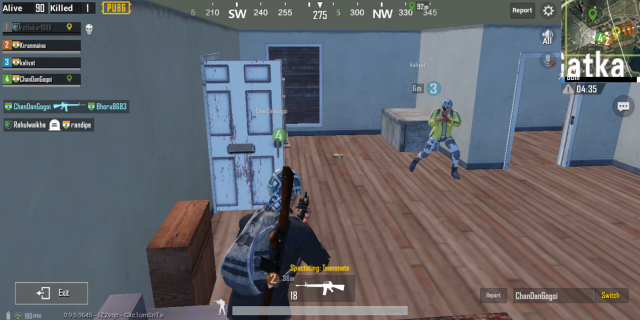 The rise of PUBG in India also led to the increase in awareness of the Indian gaming population about other famous and legendary mobile games like Fortnite Battle Royale , Age of Empires, DOTA etc. Until then, Counter-Strike 1.6 and FIFA have been the leading multiplayer games in India with every hostel of an education institution being a witness to Fire in the Hole or a dribble by CR7.

The slow growth of the Indian gaming industry was not only because of the prevailing infrastructure but also due to many stereotypes associated with it. Indian parents didn’t see gaming as a fulltime career option for their kids but as a source of entertainment and relaxation. Many felt the addiction would have a negative impact with no physical activity, as shared by an anonymous female gamer who is a leading twitch streamer for many multiplayer games in India and is known worldwide for her gaming capability. Today with platforms like Twitch, Mixer, YouTube gaming and many other platforms available for a gamer’s promotion, a professional can easily make out a 6 figure income for a comfortable life.

The rise of PUBG in India has proved that internet and device compatibility is no more a challenge in India for heavy multiplayer online mobile games but there are many other bigger hurdles to address to ensure a healthy industry growth. One such major challenge has been to be able to monetize the growth. Downloads and active users are on rise but the revenue is not encouraging. Gaming companies in India mostly mobile gaming have failed to turn the volume into cash. The only source of regular revenue has been either Google ads or membership subscriptions. To ensure sustainability and create employment opportunities, a good revenue model is the need of the hour for Indian Gaming Industry. 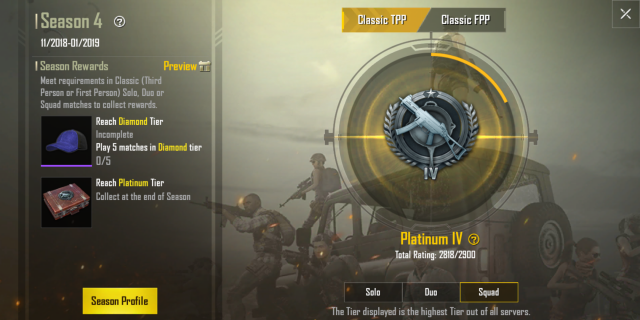 The e-commerce industry has been the biggest winner for the rise of PUBG in India. Many leading e-commerce players have cashed in on this PUBG fever and started selling PUBG related merchandise and gaming equipment. The phrase which read “Aao Kabhi Haveli mein” prior to PUBG launch in India has now been recreated to “Aao Kabhi Pochinki Mein”. Chicken dinner is now visible more on T-shirts rather than on the dining table. E-commerce industry has also been a major contributor to the rise of PUBG craze in India. It’s all about being in the right place at the right time.

PUBG India: The Road Ahead

The rise of PUBG in India opens up the gaming horizon for other developers. The gaming community which feared to launch heavy apps as it may backfire because users might not download seeing the space usage has now been taken care by PUBG and it also showed even the most remote corner in India has an uninterrupted data service with users having the latest smartphones compatible for such games.

Now, this development has been a good sign for the growth of such multiplayer mobile games in India/ for India/ by India. With a robust system, the good times are ahead for the Indian gaming ecosystem. Investors now would definitely not shy away from putting their bucks on Games or gaming startups. The message is very clear, Indian mobile audience has a greater affinity to multiplayer gaming than single player gaming.

But new entrants have a major challenge of competition as well as ways of monetization. With the current craze of PUBG in India, it would be challenging for future indigenous companies to challenge the might of PUBG. It has also achieved a good audience retention rate through many updates, something which is very rare in the gaming industry as the saturation point is reached faster by an audience and they tend to look for new options. 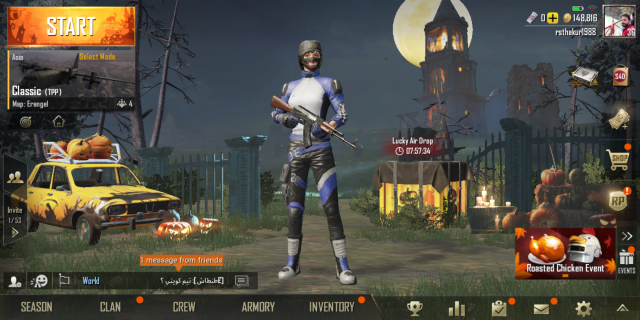 India has already claimed the first place in terms of the number of active Facebook users globally. Now we will have to see how much time does PUBG take to achieve the same feat? One thing is very clear with every single day the internet penetration rate in India is on the rise and this is the best time to cash in with an Online Based business in India to tap in the enormous market potential.

The Day is not far when the Indian Gaming Industry would see a Winner Winner Chicken Dinner for itself.

Thanks for reading the blog. If you are a brand/agency and want deeper insights related to your marketing campaigns then reach us at 8527863094 or send in your queries at marketing@vidooly.com

10 Free Video Editing Software You Should Be Using In 2018

How The Enthusiast Network is Leveraging Video Marketing to Grow its Business?