Indian web Television thriller and the first Netflix original series in India, Sacred Games, starring Saif Ali Khan, Nawazuddin Siddiqui and Radhika Apte in lead roles, is based on Vikram Chandra’s 2006 novel, Sacred Games. Today, we will not only talk about Sacred Games 2 but will also list the key points of SacredGames2 Hashtag Analysis on Instagram, Facebook, YouTube & Twitter. So let’s start. Attention this content is 100% spoiler FREE.

The series chronicles the events that follow after a police officer in Mumbai, Sartaj Singh (Saif Ali Khan) receives a phone call from Ganesh Gaitonde (Nawazuddin Siddiqui), a gangster who tells Sartaj to protect the city within 25 days, turning into a bloodthirsty interweave with cataclysmic consequences. With a stellar star cast, excellent direction and a plot of friendship, betrayal, violence, and redemption, Sacred Games is a thrilling journey set in the backdrop of modern-day Mumbai chaos. 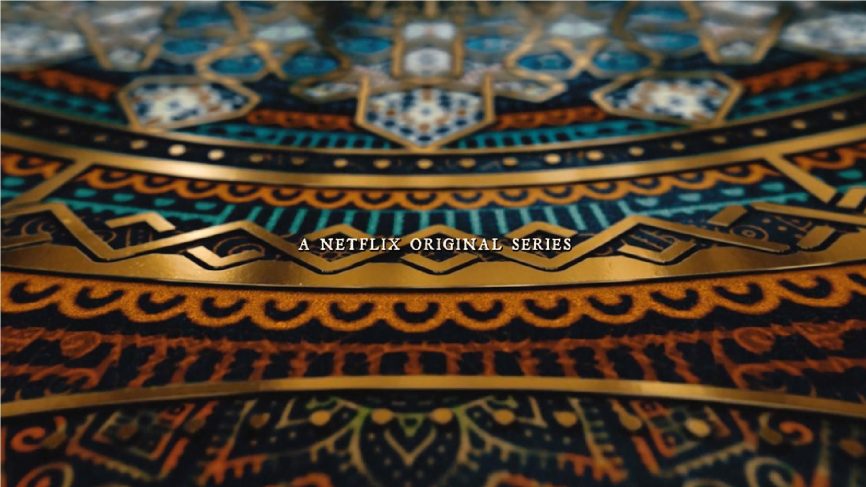 On 6th July 2018, all the eight episodes of Sacred Games, directed by Vikramaditya Motwane and Anurag Kashyap, released on Netflix across 191 countries with subtitles in more than 20 languages, breaking the barriers of culture and language. Shot on 4K, all the episodes of season 1 received positive reviews from critics, and the adventure-filled journey to save Mumbai was highly loved and praised by millions of viewers.

The series holds a 92% average rating on American review-aggregation website, “Rotten Tomatoes” and over 85 percent of users gave a star rating of 3.5 or high. At News18 iReel Awards, Sacred Games won the Best Drama Award and other five awards from a nomination of 11 awards. Anurag Kashyap and Aarti Bajaj won Best Direction (fiction) and Best Editing awards respectively at Asian Academy Creatives Awards.

On 21 Sep 2018, 58 secs trailer of Sacred Games season 2 was launched for fans and the much-awaited season 2 premiered on 15th August 2019. Within a few minutes of airing, Sacred Games 2 took the social media by storm and was on the top trend on all social media platforms. Viewers started comparing both the seasons, expressed their mixed reactions, and shared hilarious memes across the Internet, flooding the social media with their excitement and some disappointments.

The Internet went into splits when netizens started comparing both the seasons of Sacred Games using stills from the seasons, meme-worthy dialogues, pictures of food, stills from Games of Thrones and lastly Swiggy, Netflix and Parle-G joining the meme bandwagon on Twitter with a hilarious exchange of tweets.

Parle-G is proud to be part of every artist’s initial struggle. #SacredBiscuit for every genius. #SacredGames pic.twitter.com/1ljkWQWFkv

Coincidence? We think not. https://t.co/VJKyOBu8Bt

@officialparleg Should we send chai?

Here, we have collected the data of #SacredGames2 on multiple social media platforms

Everything we knew was a lie! #SacredGames2 premieres 15 August posted by Netflix India (netflix_in) was watched over 4,91,953 times on Instagram

Everything we knew was a lie! #SacredGames2 premieres 15 August.

While the most liked video with a like count of 10,4,188 was posted by “vivianakadivine” with title “Khilane wale haat ko nahi katneka, milane wale haath ko nahi chatneka ??#Kaam25 #Sacredgames2 @phenomofficial”

Conversation with the cast of Sacred Games 2 with title “Not just one, but four extremely talented actors from webseries #SacredGames2 are on #InDaClub.” posted by India Today (india.today) was the longest duration video on Instagram under #SacredGames2 with a duration of 12.48 minutes

The top-performing video on YouTube under the hashtag #SacredGames2 was the Interview video of Saif Ali Khan and Neeraj Ghaywan with The Quint which was posted on 29th July. The video has a view count of 3,73,377 and was liked by over 6,330 viewers.

“#SacredGames2 is back on the 15th of August, only on @NetflixIndia. Watch it on a screen that deserves it!” posted by OnePlus India official handle had the maximum favorite count of over 38K on Twitter under SacredGames2 hashtag

#SacredGames2 is back on the 15th of August, only on @NetflixIndia. Watch it on a screen that deserves it!

With a QHD+ resolution and a 90 Hz refresh rate on the #OnePlus7Pro, let the games begin 🌂 pic.twitter.com/Plf7UpoB9d

Facebook Fan Subscription Explained - How Useful it is for Creators ?