Youtube is every youngster’s all-time favorite rescue for music or TV shows or movies and it’s true that many people prefer having their own Youtube channel which is an absolute treat!

One of the most popular YouTubers, Lilly Singh has over 2 Billion views and 12 Million subscribers, which is indeed incredible in its own way. Born in Scarborough, Toronto, she was raised as a Sikh being originally from Punjab.

Her constant visits to Punjab made her adore the heritage. She fell in an unhealthy state of mind, depression and it was in that disturbing odd time that she started making YouTube videos under the pseudonym ‘IISuperwomanII’ to fight against it.

She explains that Superwoman was prompted by a childhood idea that she had an invisible “S” on her chest, making her believe she can do anything. It was in no time, she became one of the most renowned and highest paid YouTuber in the world.

Superwoman Lilly has a string of fan following which seems to keep her charm alive. Being an internet sensation, here are some crazy unknown facts about Lilly Singh that you just cannot miss:

Lilly Singh had started the channel named “ILove Makeup” in the year 2013 on Youtube, where, the content was uploaded every Friday.

She also has a HUGE crush on Selena Gomez.

When Superwoman was on tour in Dubai, she was invited out by a guy who called the Prince of Dubai to help get her under-aged backup dancer into a club.

iisuperwomanii was named ‘Lilly’ by her elder sister, Tina.

YouTuber Lilly Singh’s father always wanted her to pursue Law, though he completely supported her passion for making YouTube videos.

‘How Girls Get Ready’ tops the Channel ‘iisuperwomanii’ with around 25 Million views.

Her book “How to Be a Bawse: A Guide to Conquering Life” was the most popular book under Self Help category for the year 2017 in India.

Lilly Singh is also honored with awards like MTV Fandom Award, four Streamy Awards, and two Teen Choice Awards! Now, not only is she just a YouTuber, she has also made a difference by evolving as a vlogger, comedian, author, and an actress. Not to miss, Lilly’s Bhangra moves are something which gives everyone one more reason to absolutely love her!

Her subtle talent of standing out with her acts and connecting with the audience has been quite a thing to remember. 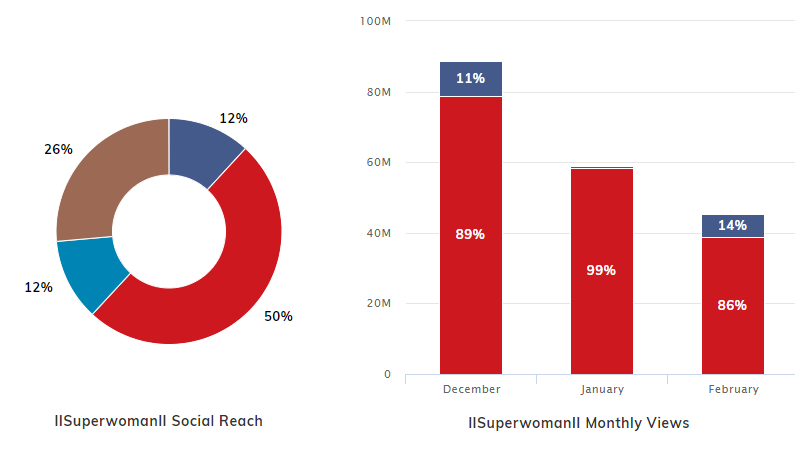