As the social media networks bring in tons of news about the pandemic and its breakouts/contamination sources, it is becoming scarier to step out of the house. The graphs are barely flattening thereby increasing the lockdown days hence, making everything exhausting around us.

Boredom, lethargy and very little brain exercise have made most of us mentally, physically and psychologically unhealthy. While work from home routines keep a major portion of our day occupied, web series, books, hobbies have taken a backseat for most of us.

However, some exciting, as well as entertaining web series, can definitely reduce the load and help us relax. It is probably the best time to binge-watch a few web series to unwind our minds and explore a new horizon.

If you are all caught up watching stuff on Netflix, Amazon Prime or Hotstar then try Sony LIV web series if you haven’t yet watched them.

The Sony Pictures Networks India Pvt. Ltd owned, first premium video on demand (VOD) streaming platform Sony LIV is the maker of some fine web series aimed particularly at an Indian audience. These Sony LIV web series come from a different genre, category and background that will ensure entertainment for its viewers amidst the lockdown.

Here we have listed a few intriguing, binge-worthy Sony LIV web series that one must consider watching if they are searching for new content online.

A simple, heart-warming middle-class family drama set in a small town of north India, Gullak means money chest but here it symbolises a collection of family anecdotes, stories and tiny bittersweet chapters of life. The Sony LIV web series Gullak is neither a murder mystery, revenge mission nor any Indian Fifty Shades of Grey but a story of a couple and their two sons. 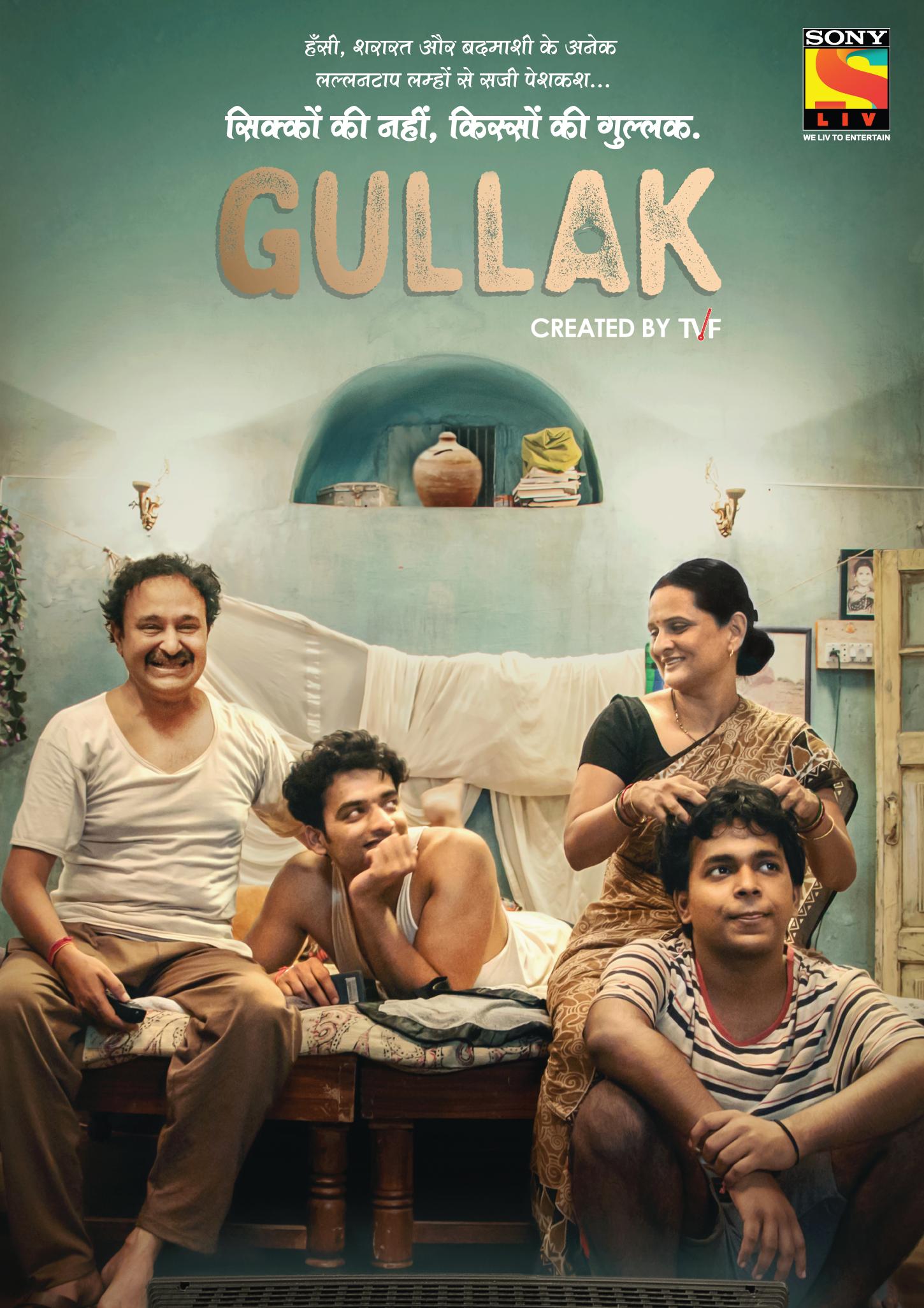 Their struggles, normal relatable lifestyle, situations with expression of emotions and love makes this one of the much-loved web series. If you are looking for something that is less intense, easy on the mind, relaxing, funny and relatable to life then here it is.

It is a story of a mysterious gang that is on a killing spree to take revenge from rapists, it calls itself “16”. The police want to arrest and take action against the rapists but also stop the gang 16 from doing what they do but it is difficult.

The thriller Sony LIV web series has garnered mixed reviews from the viewers where few like the plot, message and suspense of story and others feel it is a predictable sequence.

Watch the gripping tale of a revengeful gang of “cute outside, the devil inside” to know who their motive and steps.

The new season of the Sony LIV web series is about a woman’s life with her husband post marriage. It is a web series that highly resonates with the daily life of modern-day couples and new millennial parents who face many ups and downs. 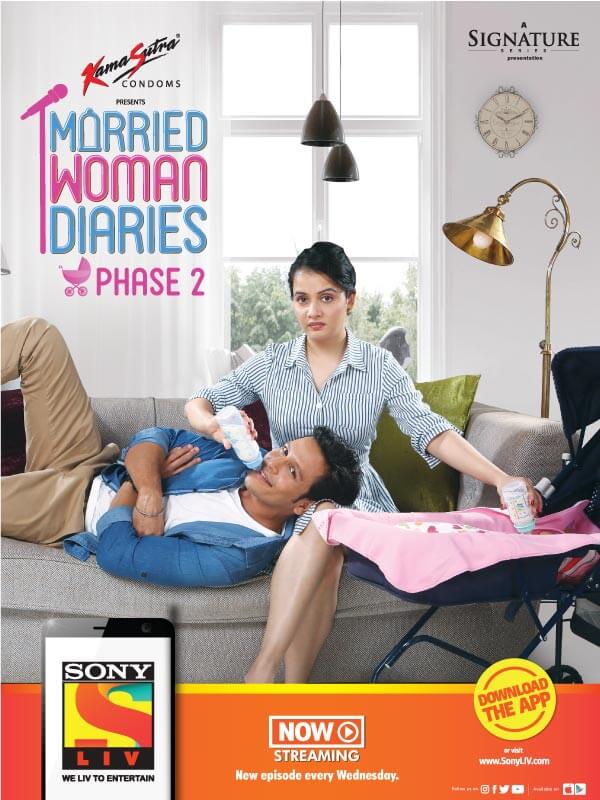 This series shows the various issues faced by the woman in marriage and how she handles it all. Apart from being new to parenthood, there is another woman from the past of her husband who enters the scene to make it more challenging. It has a common realistic storyline that anyone would relate and enjoy binging on.

It is a love story of two extremely opposite characters stuck in different menaces of life together. There is the female protagonist named Preeti Tandon is a street smart woman of 25 years of age who runs away from her own wedding that she anyway was not in favour of. Here the male character named Jai Veer Rathod is a machine maniac with tremendous love for technology and is a complete geek. 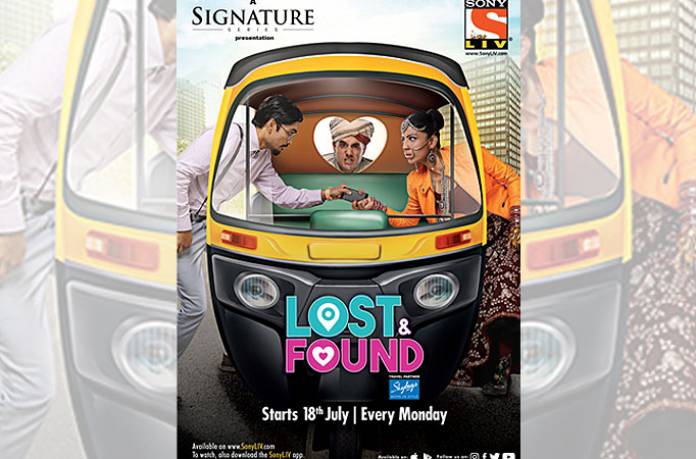 Jai Veer helps Preeti escape the marriage coincidentally and there begins their story. It is a hilariously bumpy storyline with many incidents that spice it up for them. This Sony LIV web series can be watched as a light-hearted funny sequence for some laughter and fun.

As the foreign TV makes way to the Indian video-on-demand streaming platforms, Sony LIV web series bought in Power- a story about the drug lord. The series is full of suspense, surprise plots, action and romance that shows the life struggles of the powerful mafia. It has a plot revolving around the money he makes and utilises them to build a night club that he later juggles with his legitimate business and embroilment with the trade of drugs. 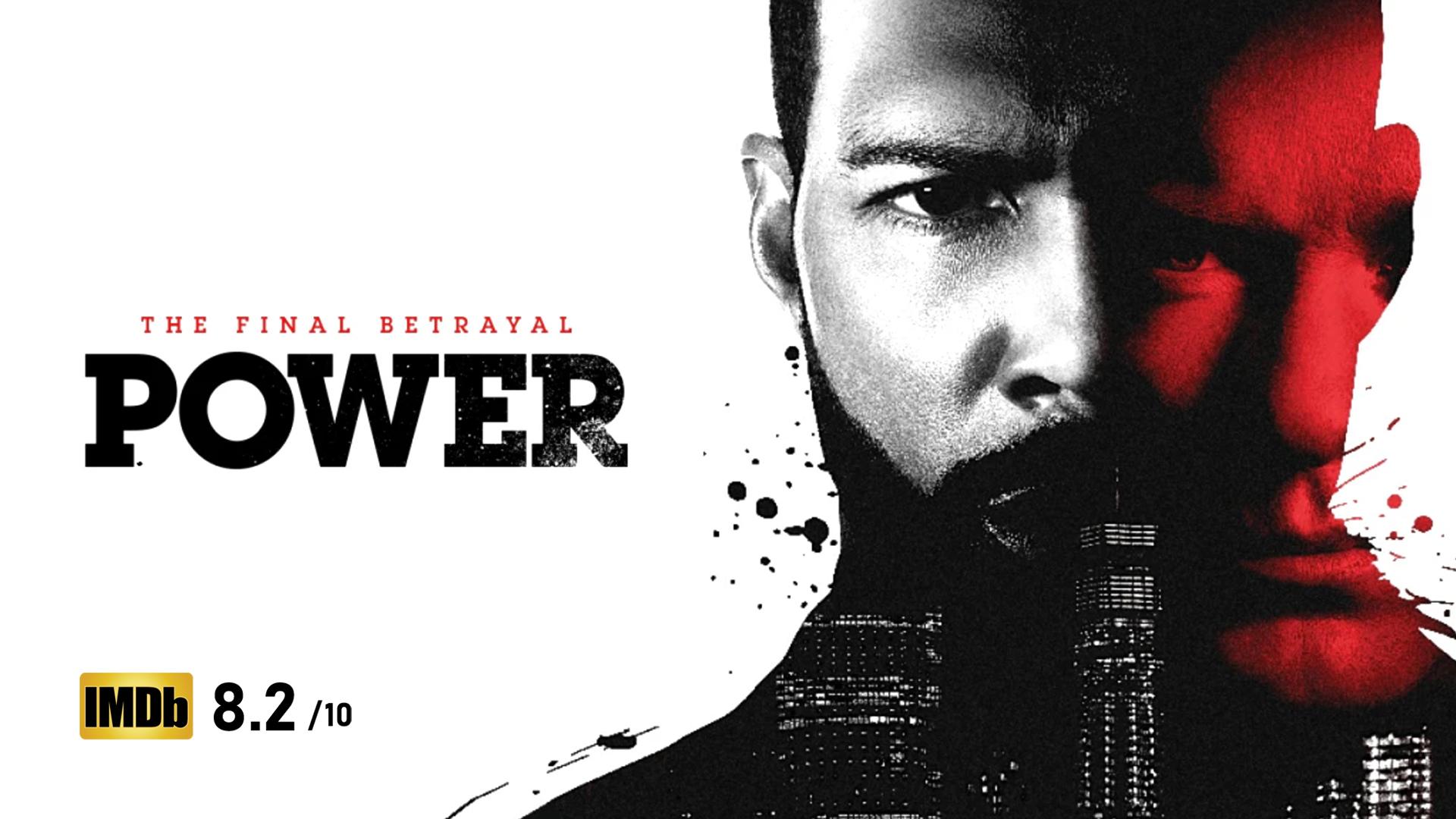 Watch the series for some mind-blowing twists and storyline. The first season out of five of them was initially released in India followed by the next season in 2019 and the rest seasons later. It casts Omari Hardwick, 50 cent, Joseph Sikora, Lela Loren and Naturi Naughton in lead roles.

The popular American historical fiction drama is based on the life of Henry VIII who fights of intruders and traitors in his kingdom. The storyline includes Henry’s third marriage to Jane Seymour after the execution of his previous wife Anne Boleyn. The former wife is expected to give birth to his heir to the throne when he faces a lot of threats from revolting commoners inside England and a catholic pope who wants to uplift the rise of Protestantism. 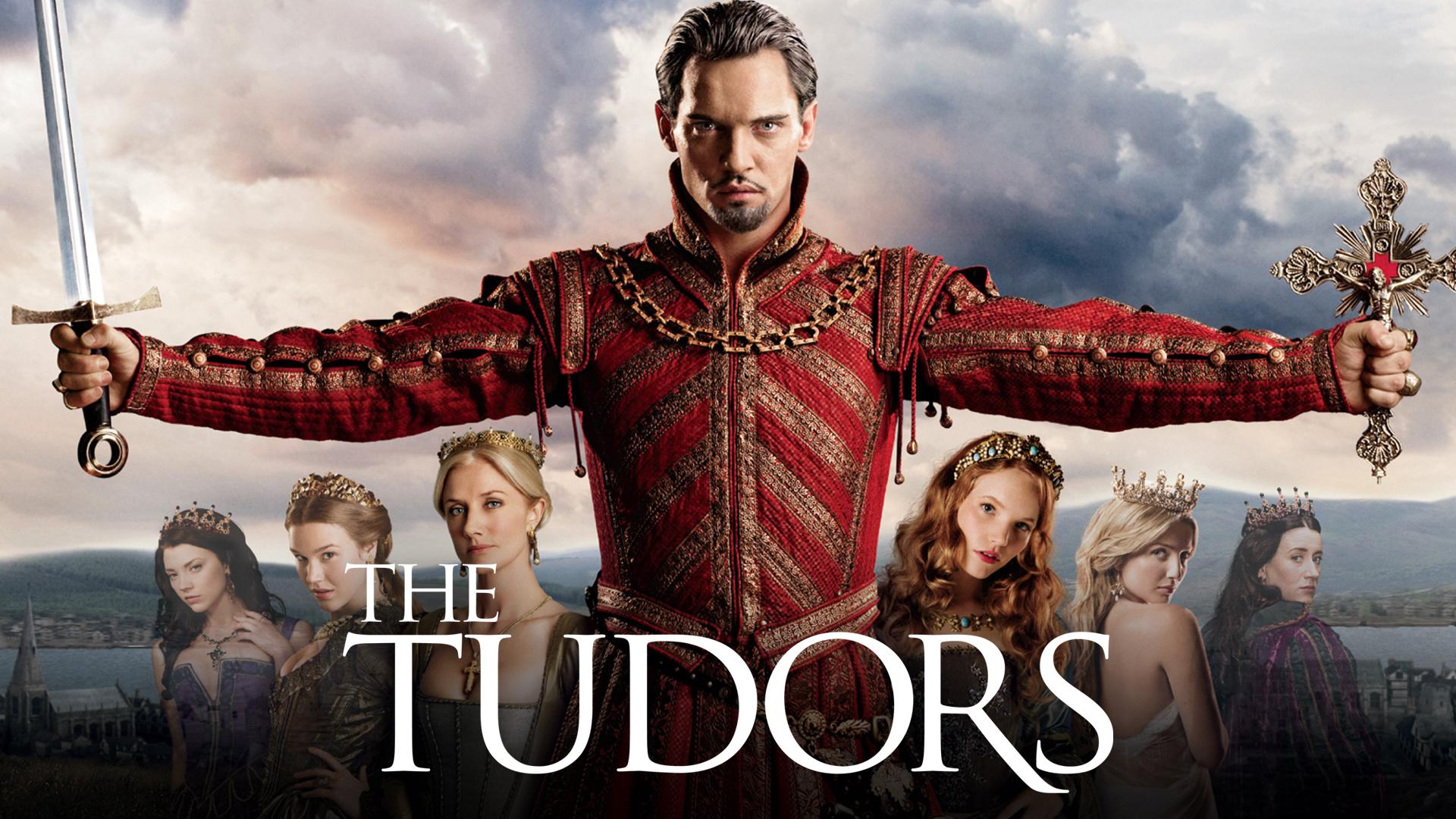 It is a nail-biting series with amazing star cast including Jonathan Rhys-Meyers, Sam Neill, Natalie Dormer, Henry Czerny. Sony LIV web series list gets a boost with the presence of this title that has 8.1 IMDB rate.

If you love watching thriller series and reading detective mysteries, then this is the perfect Sony LIV web series for you. Mr Mercedes is based on the book with the same name by the great author Stephen King. The series has several enthralling seasons that are rated 8 points IMDB and deserve all the attention. 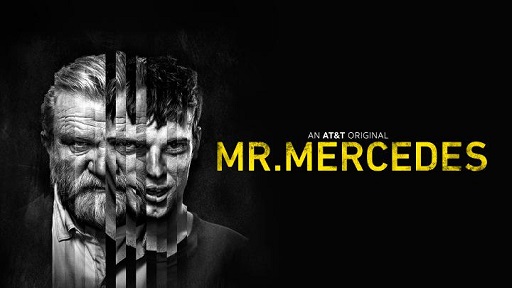 The storyline involves a retired detective Bill Hodges who is still having nightmares about not being able to solve the mystery of “Mr Mercedes” who claimed 16 lives at a job fair. The real Mr Mercedes, a young psychopath Brady Hartsfield begins to take interest in Hodges and that turns serious. The chase between both seems normal at the beginning of their online game but gradually turns deadly when Brady turns determined to leave his mark on earth. Watch the series for some goosebump sequences and nail-biting plots.

It is a popular Sony LIV web series based on the book with the title “The handmaid’s tale” by Margaret Atwood. The gripping, heart-wrenching plot revolves around the life of June Osborne later named as Offred after her master Commander Fred Waterford and his wife Serena Joy who captured her while she tried to escape to Canada with her husband and daughter. 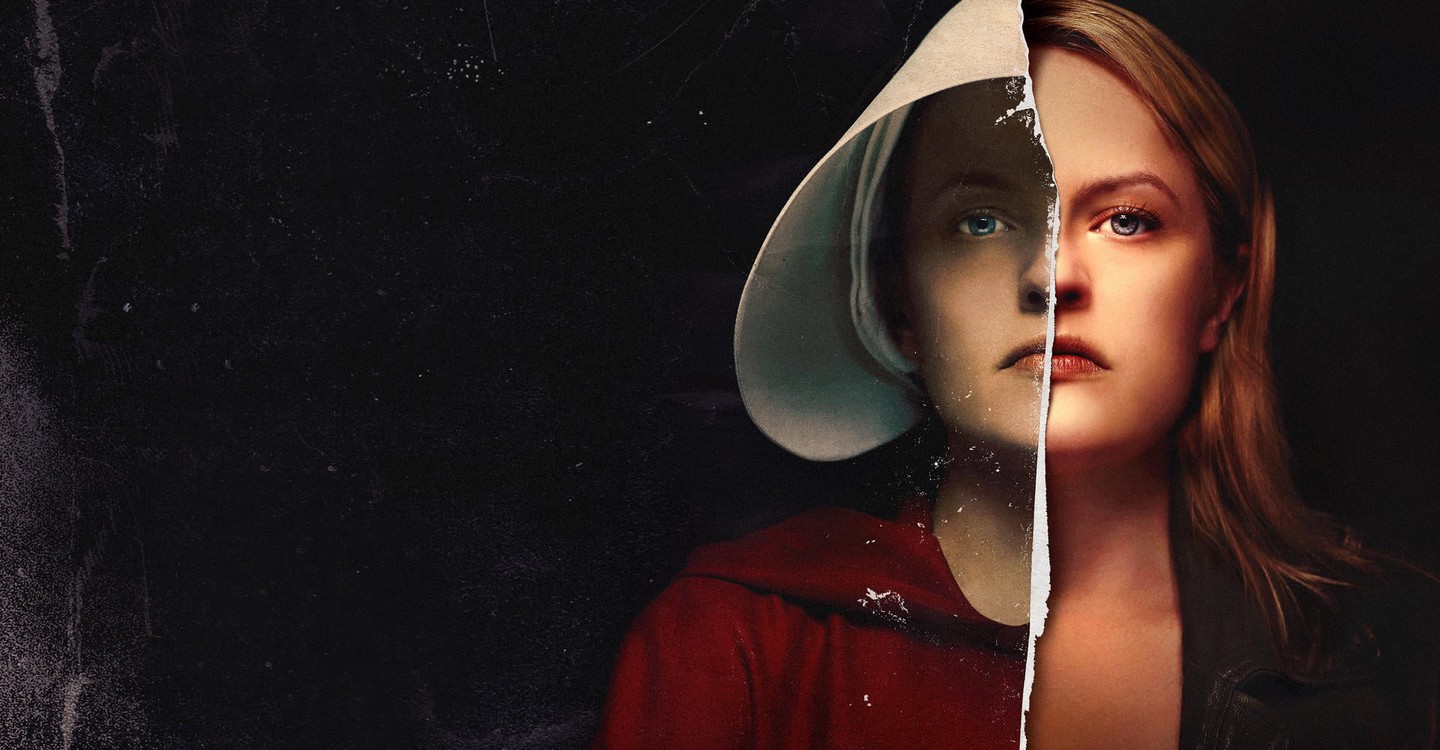 June serves as a concubine to Fred and Serena due to her fertility and is subjected to violence, torture, rape and whatnots. She surrenders and follows the order in the hope of uniting with her daughter one day and living the free independent life she led previously. The story shows how June Osborne had a name, job, bank account and family before being captivated by the Waterfords for their ill needs that changed her life.

How are brands using TikTok to reach new audiences?

Should I Hire a Video Production Company?