TikTok along with 59 other Chinese apps are banned by the Indian government over the rising complaints related to breach of privacy & security concerns. The application is removed from the Google app store and Apple app store. All of the content on the platform is blocked from the Indian networks due to which no one can access them in the country.

The app was consistently in news and was banned for privacy concerns a few months earlier as well but was soon available for download later. While many forums condemned its security levels and raised concern over the instances where Tiktok was held responsible for sharing sensitive data to its servers in China, few let it be that way.

Usually, such application collects data from users to help improve its quality and make it compatible for all but it also gets dangerous and the data can be hacked for various other malicious activities. Users must always be given an option to opt-out of such data collecting system to protect their own privacy. This practice is highly unethical and holds moral drawbacks as well.

However, India has come up with various short-form video sharing applications that are competing in the red ocean market to achieve maximum fame among creators. Here we have listed few Tiktok alternative India apps that may replace it soon.

Launched in July 09, the app is undoubtedly the no1 in this space in the market having clocked 10M+ downloads on play store and trending as #1 in app store in entertainment category in India (as of 31st July 2020). MX Taka Tak a Made in India product is launched by MX player, a leading OTT player in India owned by Times Internet. The fully loaded short video creation app offers its users entertaining and funny videos to watch and share across social media platforms ranging from dialogue dubbing to comedy to music to memes and counting. Content creators can create short videos on the go, edit the videos using in-app editing tools and share it across social media platforms. 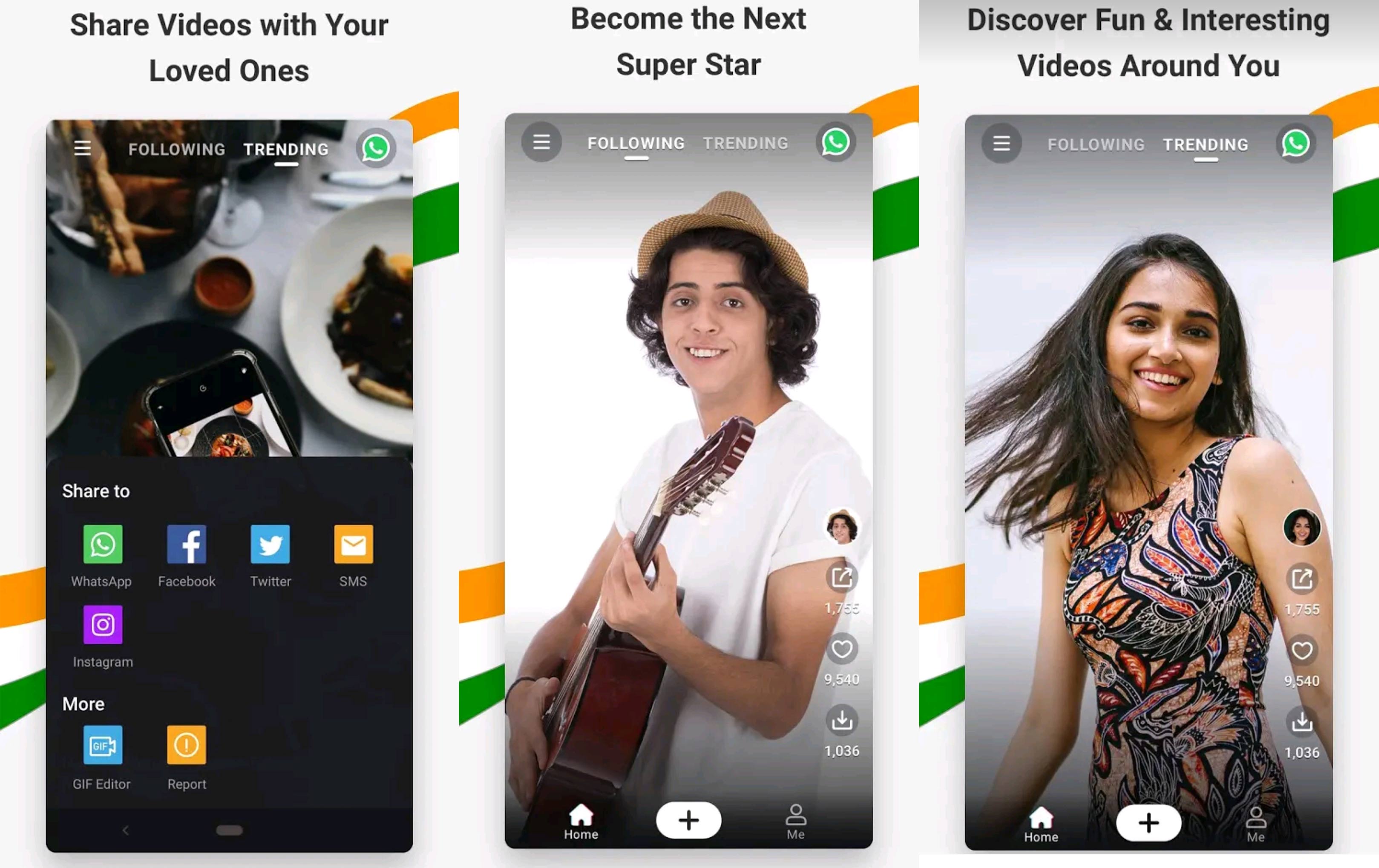 The locally-made Indian app got a boost after the prime minister announced his “vocal for local” agenda and received over 5 Million users on it. this Tiktok alternative India app is specially designed by keeping the Indian audiences in mind. It comes with several categories such as shayaris, trending news, video songs, memes, wishes and clips to entertain its huge user base besides providing a trustworthy platform to exhibit their content creation skills. It can be easily downloaded on Google and Apple play store as well. 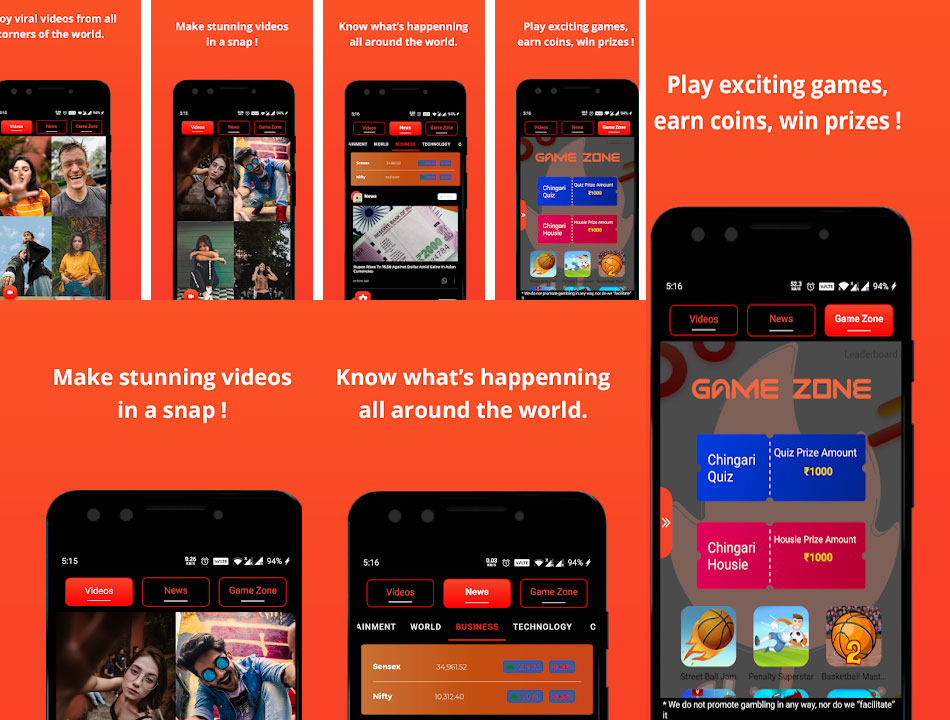 With the phrases related to “atmanirbhar” and “digital India” making rounds on social media and other platforms, several start-ups and tech companies have come forward with their Tiktok alternative India app. InMobi is one such company that developed Roposo application as an Indian version of the short-form video sharing application. It is available for both Android and iOS users from their respective app stores. The app is designed with multiple features to support the interest of over 5 million content creators as its user base. The app is already gaining much popularity and love from the country for its amazing user experience options. 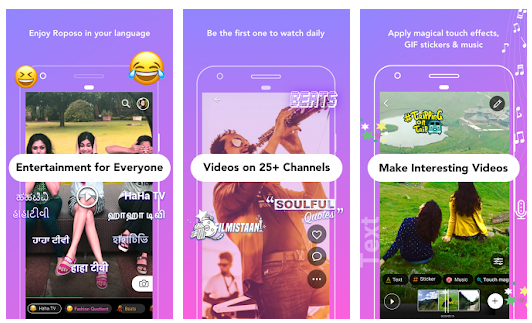 It is one of the most popular Tiktok alternative India apps that gained over 12 crore downloads in the last few months. The app is available at the Google play store and contains several video making options to ease the process of content creation for users. It was designed especially for the Indian audiences by keeping the government guidelines in mind for a much secured and safe social media environment. The app is operating smoothly in India and has already garnered much praise across the country for its good design. 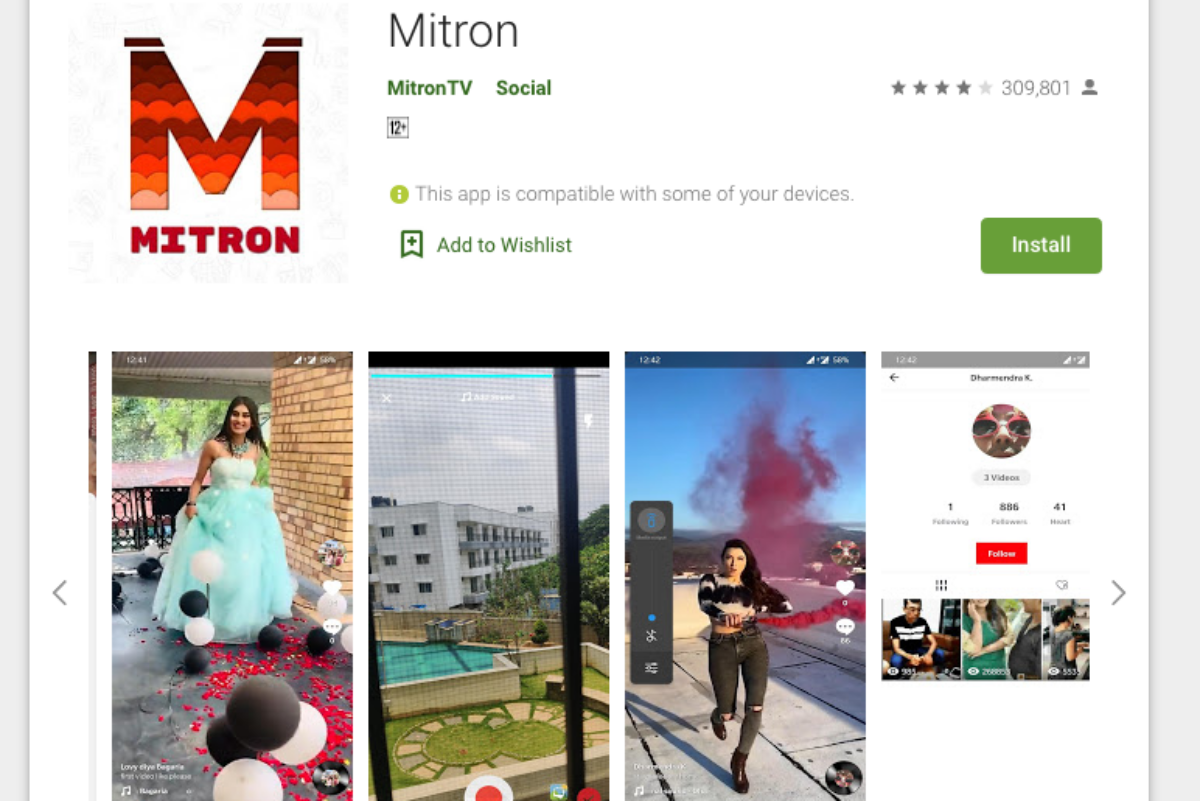 The made in India application is full of edit options, filters, doodle features and art workspaces that helps the user create some amazing videos, content and entertaining elements. It is very much similar to TikTok and has already received over 1 million downloads on the google play store. It is yet to be launched on the apple play store but the popularity is growing with each passing day. 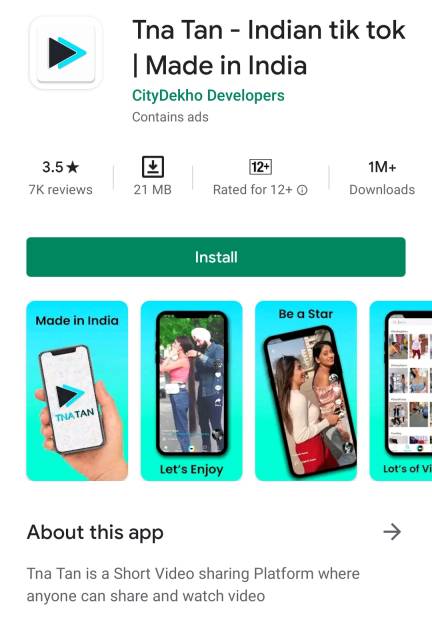 The 15-second video recording & streaming platform is a fast-growing application for content creators looking for that perfect Tiktok alternative India app. It is developed by the Bengaluru based company ShareChat and enables users to create lip-synced videos beside browsing through its content. Moj has content belonging to categories like comedy, dance, lifestyle, food, travel, DIY, and other popular interests of people these days. It is surely a well build alternate option for Tiktokers and creators that are available in 15 different languages. 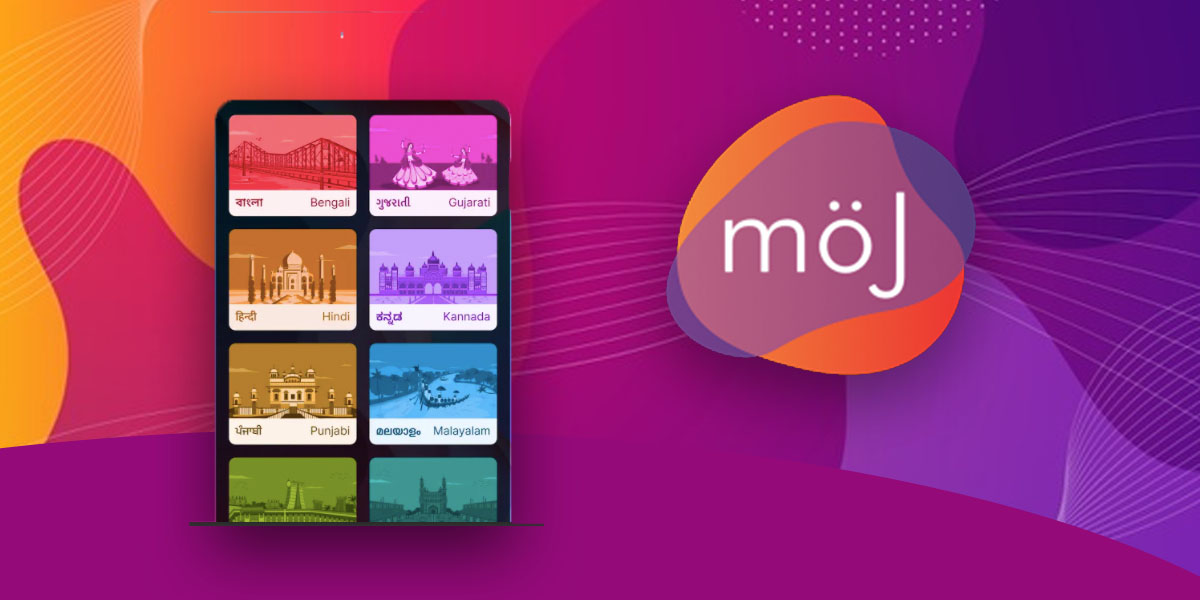 The Gurugram-based start-up is gradually growing to become one of the most popular Tiktok alternative India application. It claimed to have roped in and retained several Tiktok Influencers overnight after the ban on the popular video making app. It allows its users to create, stream, participate in lives, interact with celebrities and connect with followers in multiple ways. 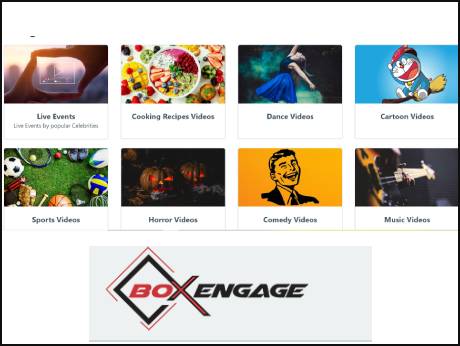 Another Gurugram-based app that helps creators make videos in 8 different vernacular languages namely Hindi, Tamil, Telugu, Kanada, Malayalam, Marathi, Gujrati and Bengali. It does not just aim at providing a platform for video creators and producers to stream content but also make it a medium to earn money from the market. It has most of the features that were available on Tiktok and is aiming at making its users financially independent apart from developing their social media profile with following. 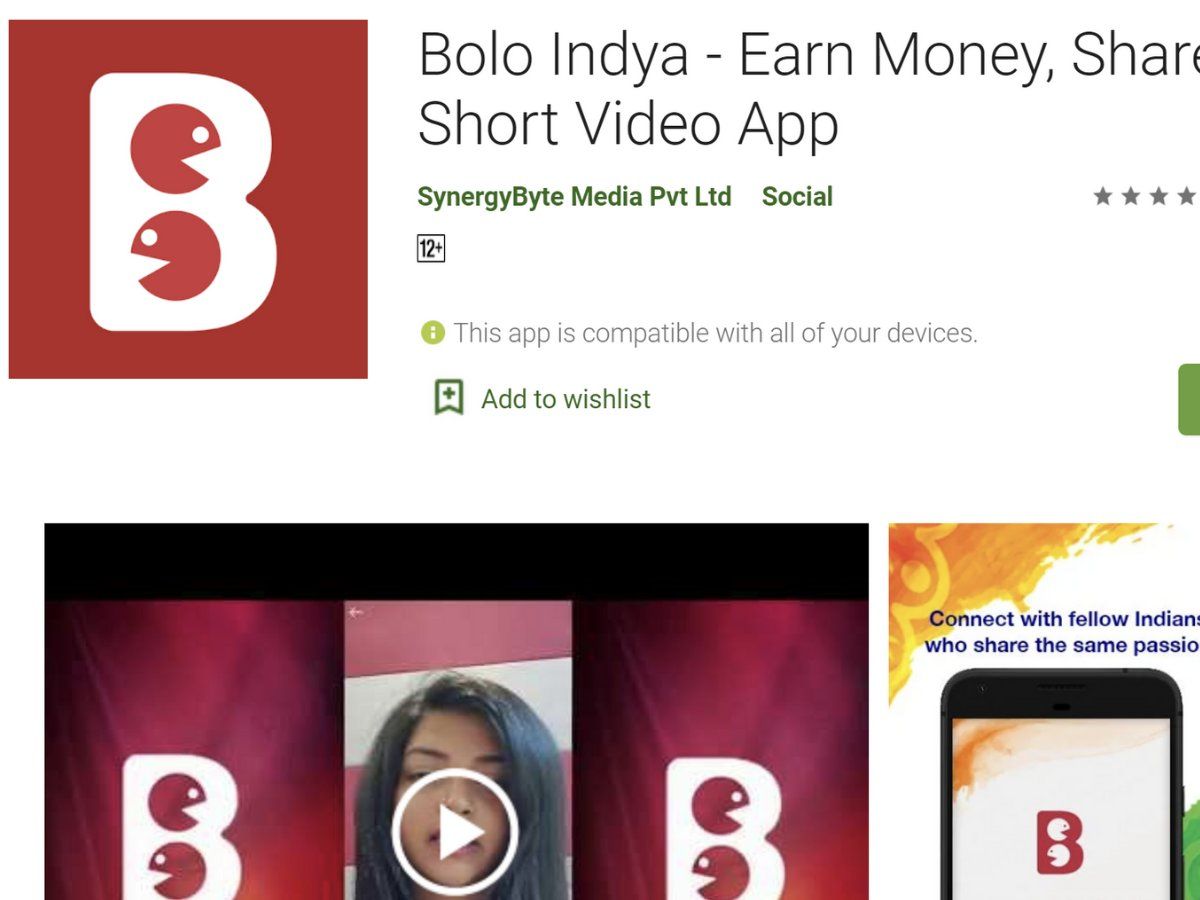 Facebook adds Wikipedia Knowledge Base Graph in their Search Results