YouTube today is one of the most entertaining and educative social media platforms for the fast-paced tech-savvy world. Every passing hour numerous videos are uploaded to the platform and viewers flock to watch it.

Recognizing the craze of the YouTube culture in the current scenario, certain dynamic individuals with a creative streak and the knack of recognizing the nerve of the consumer world are writing their own YouTube destinies.

In this blog, we present to you the Top 10 Indian YouTubers who belong to a diversified pool of content and are doing amazingly great to gain the attention of their audience in the form of subscribers.

BB Ki Vines is now a global sensation in the YouTube community. Bhuvan Bam uploads regular content on his YouTube channel which is focussed on the category of humor/comedy. He plays 4-5 characters himself in order to keep his audience entertained.

He resides in Delhi and apart from maintaining his YouTube channel, Bhuvan is also a musician by profession and earns his living by doing live shows. Since his school days he has been making people laugh and ever since his random videos that went viral, he became popular. 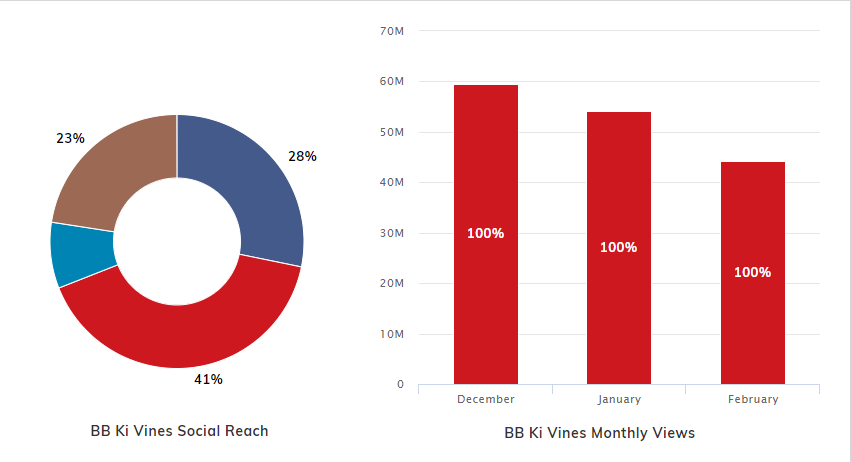 His channel was recently awarded as the fastest growing channel in the YouTube community. With more than 6.5 million Subscribers, BB Ki Vines sits on the top spot of the Top Indian YouTubers list.

Amit Bhadana is yet another Indian content creator who is popular in the YouTube community. On his channel, he basically creates content that is categorized under comedic sketches. Some of his top videos on the channel are featuring slice of life content. 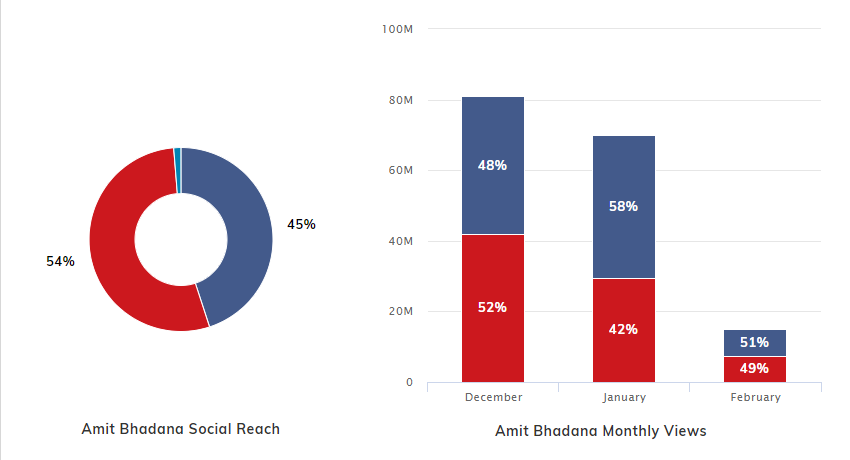 His basic aim with his content is to make his audience laugh. With more than 4.8 million Subscribers, Amit Bhadana sits on the second spot of the Top 10 Indian YouTubers list.

Are you a content creator trying to level up your content strategy? Or maybe you just want to know what your audience is interested in? Get Vidooly’s premium, user-friendly online video optimization & analytics software for content creators. Write to us at subrat@vidooly.com

Sandeep Maheshwari is one of the fastest growing entrepreneurs in India. He is the founder and CEO of Imagesbazaar.com, the largest collection of Indian images. He is a motivational speaker and is well known for his free Life-Changing Seminars.

He has started his own YouTube channel in order to motivate and inspire young minds. You will find content related to personality development, public speaking, mediation, fear of something and seminars on his YouTube channel. 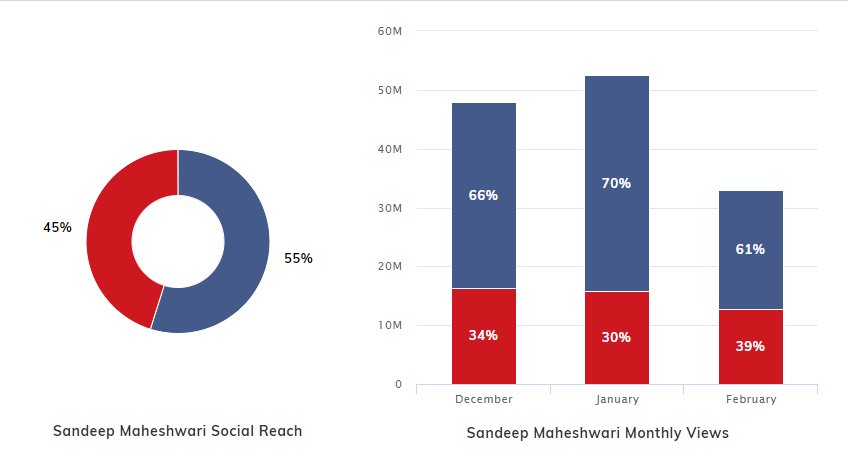 He also created various series of content to keep his audience informed about various aspects of life. With more than 4.5 million Subscribers, Sandeep Maheshwari sits on the third spot of the Top Indian YouTubers list.

Nisha Madhulika is one such Indian content creator who has been a saviour to the YouTube community. She helps you learn cooking in the most simple manner. At the age of 52, she started her own YouTube channel with her passion for cooking.

Before that, she started her blog in 2007 which was an instant hit. Her husband used to help her in the shooting, editing and publishing her YouTube videos in the early days. But now since the scale has gone up significantly, she has a team of 5 who help her in doing that. Recently YouTube picked her channel for advertising across platforms. 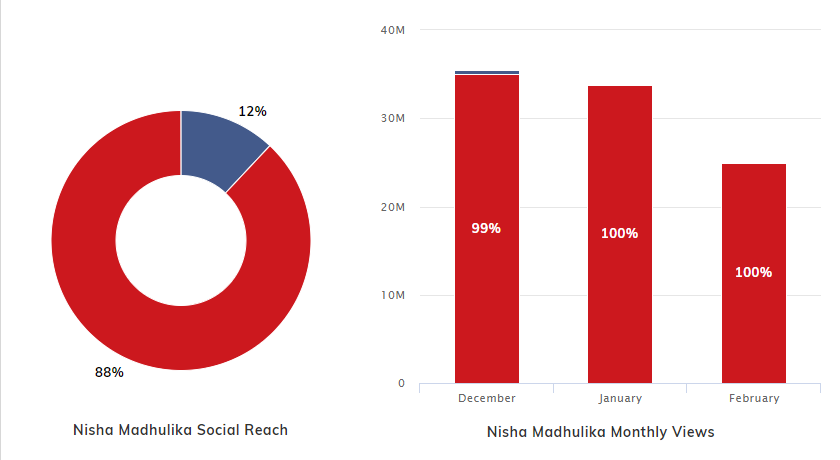 With more than 3.6 million Subscribers, Nisha Madhulika sits on the fourth spot and is considered among Top YouTubers in India for food recipe videos.

Sanam is yet another Indian content creator who has gained swift popularity in the YouTube community. Sanam is an Indian band which comprises of the band members – Sanam Puri, Samar Puri, Keshav Dhanraj & Venky S.

They started off their YouTube channel by uploading reprise versions of old Indian songs and gradually started uploading new original music as well. Some of their popular tracks are new versions of old Bollywood songs and that’s how they have built their fan base over the years. 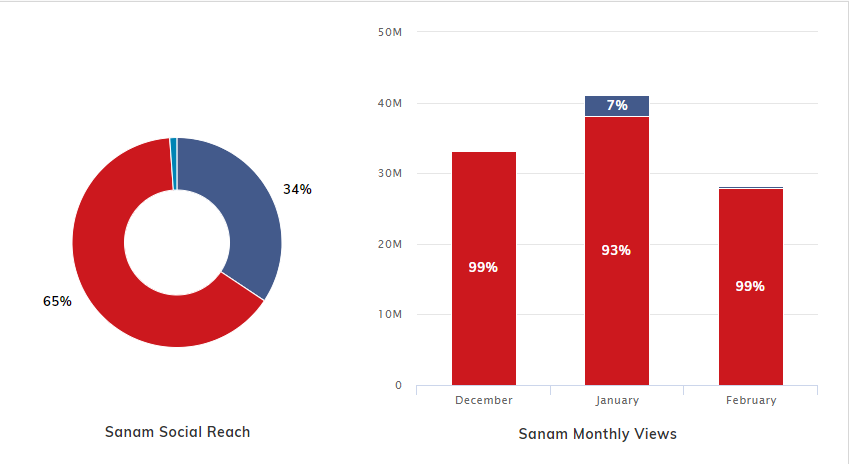 With more than 3.6 million Subscribers, Sanam sits on the fifth spot of the best YouTubers in India list.

Ashish Chanchlani is an Indian creator who has initially gained popularity through the platform Vine and later moved on to YouTube with his own channel. The content on his channel is aimed at the mass audience where he is trying to make them laugh with his comedy sketches. 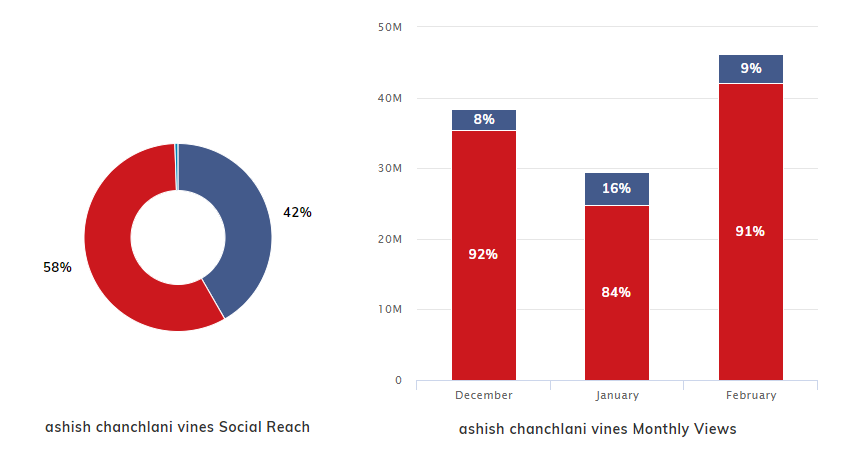 His content is highly Indianised in order to make it relatable to his audience. With more than 3.4 million Subscribers, Ashish Chanchlani Vines sits on the sixth spot of the Top 10 Indian YouTubers list.

The Viral Fever is the one-stop platform for all sorts of entertainment in the Indian YouTube community. It is India’s leading online entertainment company and is the team behind acclaimed and widely loved web-series like Pitchers, Permanent Roommates, Tripling, Humorously Yours, and Bachelors. 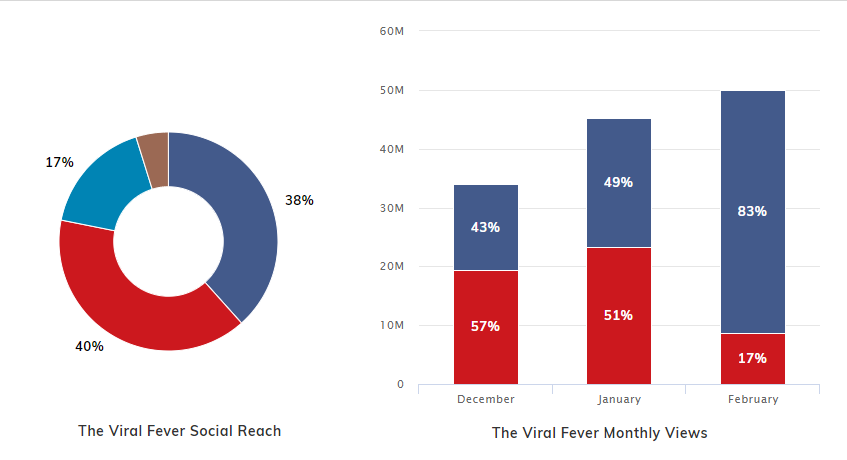 TVF has created young India’s favorite digital entertainment, catering to their changing tastes and trends. The content on their channel has a good mix of one-off videos and web series content. With more than 3.4 million Subscribers, The Viral Fever sits on the seventh spot and is considered as one of the Top YouTubers in India.

All India Bakchod is India’s best comedy collective on YouTube which comprises of the members – Tanmay Bhatt, Rohan Joshi, Gursimran Khamba and Ashish Shakya. This group maintains a YouTube channel that shows their comedy sketches and parodies on various topics and much of their reputation was initiated through their online presence. 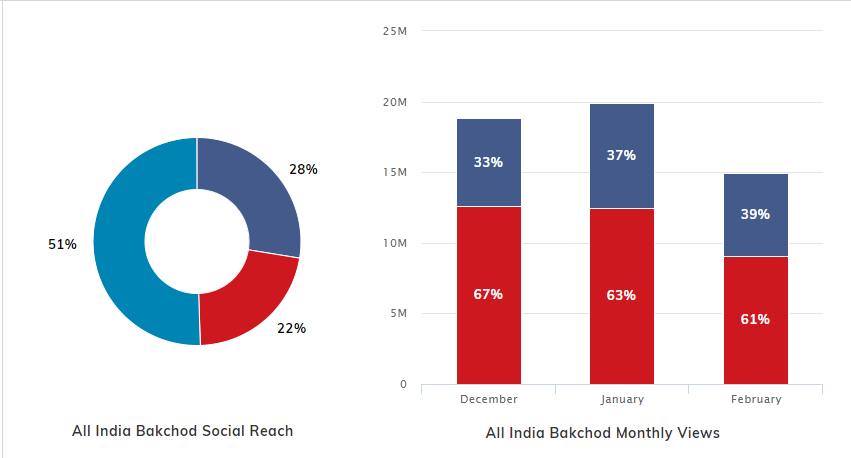 The group was formed initially by Tanmay Bhatt and Gursimran Khamba, who were later joined by stand-up comedians Rohan Joshi and Ashish Shakya. The group, which has very little money when it started out, relied only on social media to promote their work. With more than 2.9 million Subscribers, All India Bakchod sits on the eight spot of the Top Indian YouTubers list.

CarryMinati is yet another popular YouTuber that hails from India. The man behind this channel is Ajay Nagar. He is funny, witty and hilarious who lives in Faridabad with his family. When he was in VI standard, he started his YouTube channel. 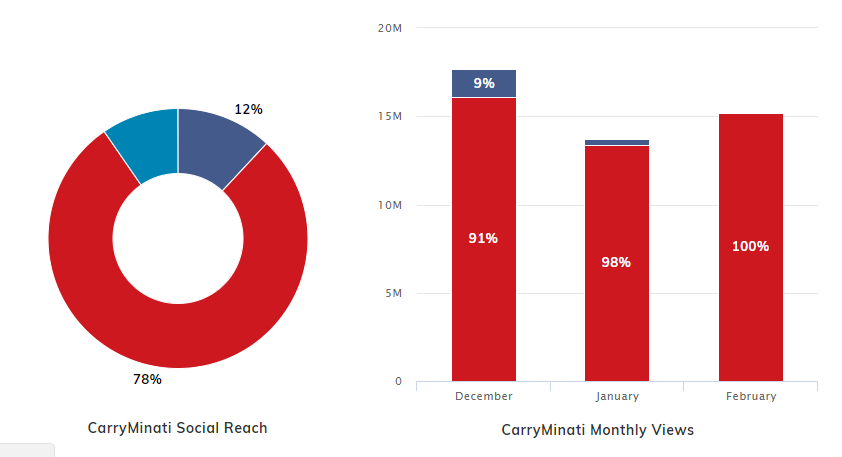 His first channel was STEALTHEARZ where he uploaded his football skills and tricks.But, the channel was not that successful.Later in 2014, he started his channel “CARRY DEOL” and renamed it to “CARRY MINATI” in 2015. With more than 2.6 million Subscribers, CarryMinati sits on the ninth spot of the Top Indian YouTubers list.

Kabita’s Kitchen is yet another cooking-centric YouTuber that hails from India. She focuses on creating and posting recipe videos which are easy to recreate and can be cooked with the ingredients which are easily available. 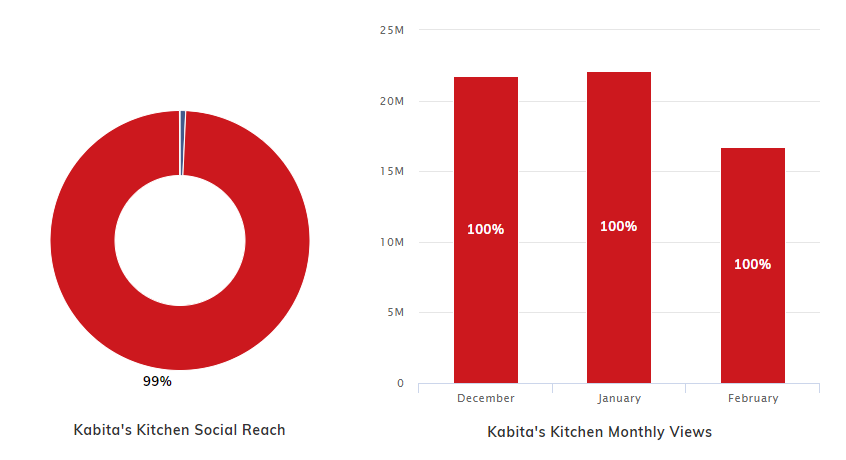 Her channel primarily focuses on Indian cuisine and sometimes recipes from other cuisines as well. With more than 2.6 million Subscribers, Kabita’s Kitchen is one of the Top YouTubers in India.