Marketing has moved on from traditional bill boards & brochures to Television Ads to creative and measurable form in 21st century namely Digital Marketing. Even though the transition has been slow and not 100% but a considerable number of brands have started diverting a major chunk of their Marketing budget from offline marketing or traditional form & television ads to new & trackable Digital Marketing. The biggest plus point of Digital Marketing over traditional or offline form of Marketing is that is can be measured and each penny spent can be tracked unlike the later where tracking is not possible. In this blog we will put some light on some of the Best Digital Video Marketing Campaigns from Indian brands with a social message.

Marketing is never an expense but an Investment

With the change of platform, brands have also changed their approach for marketing. Unlike in the past where a maximum brands were straight forward in promoting their products, the transition slowly happened to storytelling to establish connect with customers through TV ad slots. With time the transition happened from TV ads to Digital Ads and the video campaigns became short but informative with a social cause connecting the brand with their target group.

Why market with a Social message? 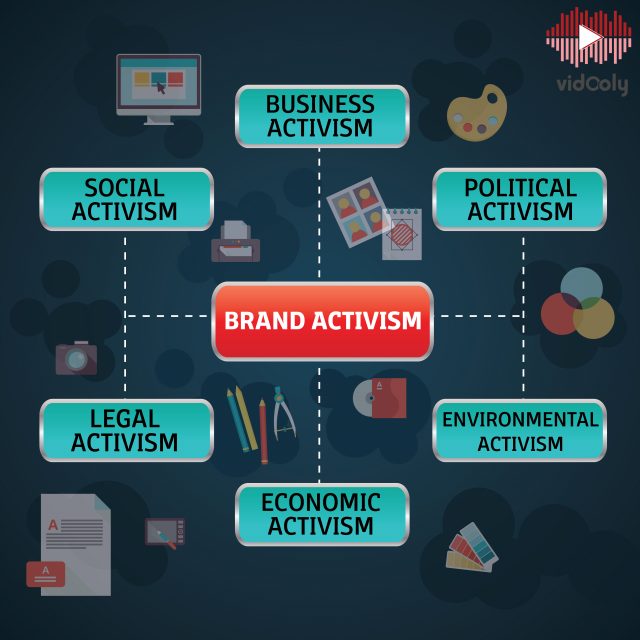 Indian consumers are price sensitive as well as emotional. The best way for a brand to connect with their Indian target group is either highlight the price in the marketing communication or strike an emotional cord using a social cause.

Two ways through which brands use this strategy:-

Here are the list of top 35 Digital Video Marketing campaigns by Indian brands or brands targeting India with a social message.

From Leh to Indira Point, India is full of emotions & British Airways played the right cord to connect with flyers. India to UK is amongst the busiest international route from India with daily flights from Air India, Jet Airways, Virgin Atlantic & British Airways (Non Stop Only). This video shows the emotional connect of BRITISH AIRWAYS crew member with India. British Airways even announced a special round trip fare for economy as well as business class during this marketing campaign for a limited period. British Airways even won an award for the campaign.

Dabur’s hair oil (Dabur Amla Hair Oil) has always been related to black, strong, beautiful & shining hair. But Dabur with this particular video marketing campaign made all the women who fought cancer look beautiful with a message even Women without Hair Look Beautiful.

Vicks emphasized on #TouchOfCare. It showed how two souls not related by blood can still have a relationship of love and care just by a touch of care. This short film was uploaded on March 2017 in YouTube and has clocked over 9.9 Million+ views.

The video by End of Life care India is all about celebrating death. Death in inevitable, so without being scared of it lets joke about it.  The video campaign was named #LaughAtDeath by a group of comedians, Indian Association of Palliative Care (IAPC) & End of Life Care India. Selected old age patients were trained to joke about death in the video.

During the flash floods in Kerala, the nation witnessed the biggest social media campaign from individuals as well as brands to #Donate4Kerala. One such successful and beautifully executed video campaign was from ZEE which was played across platforms (TV & Digital) to urge people to donate and help God’s own country revive from the crisis.

Kerala: God’s own country is one of the most sought after tourism destination in India. After the unfortunate disaster that struck the state many holidayers cancelled their plans to visit the state. Samsonite, a leading travel accessories brand came up with a beautiful video marketing campaign to inform the vacationers, their favorite honeymoon, backpacking & adventure destination is now Open.

Riso Rice Bran came up with a beautiful short film for their marketing campaign which showed a modern women should not compromise on her dreams and give their 101% in whatever they are doing.

BIBA, a women apparel brand came up with a video marketing campaign against body shaming of women. The video had a message “Let’s Love ourselves enough to be the women we want our daughters to become.”

One major problem in our country is malnourished children along with proper hygiene for children as these tiny tots are more prone to infections. The video is an awareness campaign by Dettol targeting the children and their parents to ensure children do wash their hands and maintain the required hygiene.

No one is born a racist, it’s the society that teaches racism to them. Bridge Music academy through a beautiful video campaign highlights How children are our best hope in fighting racism.

Borosil decided to celebrate Independence Day in an unique way at its Gujurat factory. Unaware of what they were doing initially, the final outcome left everyone amazed and such acts can for sure up the morale of the employees.

Beardo, a leading men cosmetic brand came up with a great campaign to honor the background hero/Male role model in every women’s life. The brand asked every women to name a person other than their father, brother, husband & boyfriend who they really look up to.

Manforce has always been associated as a company which makes condoms for safe sex. But Manforce took safe sex to all new level in this video marketing campaign. Undoubtedly this video is one of the best from any brand with an important social message.

The latest addition to the list of video marketing campaigns with a social message. Amidst cracker ban & limitations imposed by Hon’ble SC to fight pollution, hp came up with a unique marketing campaign to promote the sale of country made diyas to celebrate this Diwali. The MNC has very creatively connected the video to its product.

Much before the highly anticipated film ZERO starring Shahrukh khan in a dwarf character was announced, beverage brand Red Label had already raised an awareness on dwarfism.

Festive season calls for celebration. Times of India though this video marketing campaign calls for equality and to give up any sort of discrimination and celebrate the Sindoor khela with #NoConditionsApplied.

The pregnancy phase is tough and critical time for any couple in the world. Leading pharmaceutical brand Alkem shares How Pregnancy can be a life changing moment not only for the mother but also the father. This beautiful phase of life should be cherished rather than living with fear. Alkem through this video marketing campaign also tries to promote its product Pregakem (Pregnancy Detection Kit).

Same product as Pregakem but this time with a different message. The idea of a pregnant lady working is not that popular in India, considering the facilities, work environment & associated stereotypes. Through this social video marketing campaign, PregaNews urged the employers to take special care of their pregnant employees.

Nestle has been the pioneer in baby foods with its cerelac, but in this video the brand has come up with a great social message in support for all lactating mothers. Released during World breast feeding week, the video highlights that breast feeding is not just the mother’s job but it takes a collaborative effort from everyone to ensure mother’s breastfeed for longer.

Much needed change in society and thanks to Amazon for encouraging it through this short marketing video campaign. The video encourages the millennials to help their parents re-live their childhood.

TATA tea’s Jagoo Re movement videos are the nation’s favorite.

Alarm Bajne se Pehle Jago: A movement to educate people for pre-activism and not wait for tragedies to hit and then react. A timely prevention in advance can help prevent occurrence of unfortunate things.

Jagoo Re | Voting: Till today voters turnout in any election in India has not been more than 40-50%. This is because many people treat this similar to any other holiday. TATA Tea tries to awake the sleeping citizens and urges everyone to Vote.

The Nayi Soch video campaign has been the most talked about and trending video marketing campaign in India in recent times. The campaign started with Aamir Khan breaking stereotypes against male dominance in the society followed by Indian cricket team members donning jersey with their mother’s name in an ODI match played in India.

Orient Electric’s video marketing campaign clearly highlights the importance of a mother in her children’s life. The daily journey of a mother’s life in making the life of her children beautiful.

An important lesson of life beautifully presented by Surf Excel. The video shows in life its ok to loose but one should never give up trying again and again. The video has been strategically connected with tagline Daag Achey Hai.

It is said old age is similar to childhood. The video shows an important problem which every person in old age goes through and how it should be dealt with care. The brand very creatively promotes its adult diapers by connecting with a social message.

A hilarious but with an important social message this video from Unicef discourages people from taking or giving dowry. The video has been specifically made for Indian state of Bihar.

ICICI Bank through a short film starring Konkana Sen Sharma encourages women to invest in themselves and know their worth. The video marketing campaign tries to indirectly promote the women centric investment opportunities offered by the brand but with a social message.

Migration within the country is for real. Even though it is not associated with any greater change but its your loved ones that feel the void created by you. Promoting its mobile phones, Micromax showcases a distant relationship between a mother and her child.

Samsung very creatively highlights the gender in-equality in our society. This video campaign shows everyone’s dream is big and we as a society should give equal opportunities to everyone on basis of merit & hard work.

This video marketing campaign was released by Hindustan Unliever on the sidelines of Swach Bharat Mission movement by Government of India. The video highlights the 3 important points for maintaining cleanliness and hygiene in order to ensure a disease free environment.

Ramzaan has always been associated with affection, care & family time. Surf Excel shares an important message through this video, during festive time nothing should come in between you and your loved ones not even stains.

Women for a long time have been carrying the load of their family irrespective of their age and class. A beautiful message conveyed by Aerial through this video campaign #ShareTheLoad, where a father realizes the hardship of women when he sees her daughter work.

Biking, Adventure, Solo Travel, Racing all these activities have always been related with men. But one girl decided to break the stereotypes and Liberty made a beautiful social film to showcase her journey connecting it with their brand.

And the list doesn’t end here. The list is endless. Video has always been the best medium to reach out to audience and what a better way than relating it with a social cause, promoting as well as giving it back to society by creating awareness.

PewDiePie vs T Series: T-Series Gears Up To Win the Subscribers Race