Post testing with selected Twitter account holders, the company has rolled its conversation moderating feature to everyone on the platform. The new feature lets users control who replies to their tweet threads by selecting them from the lot.

The feature can be accessed by users with android, iOS and web device. All accounts on twitter can easily adjust the option and pick from the audience to confirm who can make comments or reply to tweets composed. In order to provide an improved experience to their users, Twitter rolled this reply limiting feature as it cuts the clutter to a much greater extent.

There are 3 simple options available with the launch of the new feature that users can use before posting their tweet. 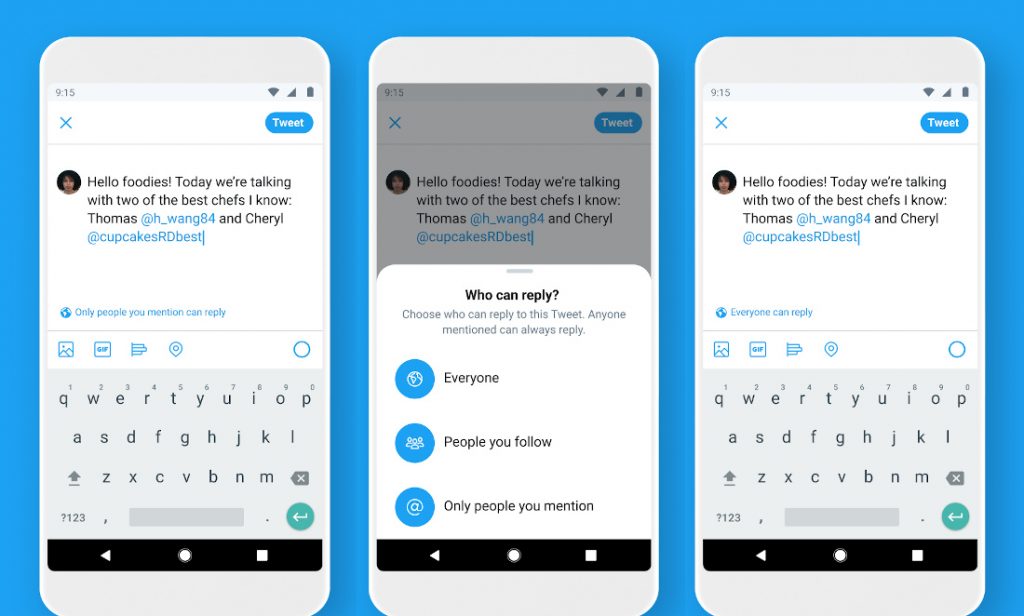 The tweets which have the last two options joined along with it will be labelled accordingly and the reply button will be greyed out that will not let anyone reply to it directly.

Since the lockdown, there were multiple testing and planning to launch the twitter reply-limiting feature that will help curb several cybercrime cases. With the increase in social media usage over the past few years, there is a surge in cyberbullying and criminal activities.

As people become more socially dependant and require validation on many occasions, using platforms like Twitter, Facebook and Instagram is common normalcy for all. This has also paved paths for anyone and everyone to do things behind a virtual identity due to which people often end up doing things that they will never do in person otherwise. 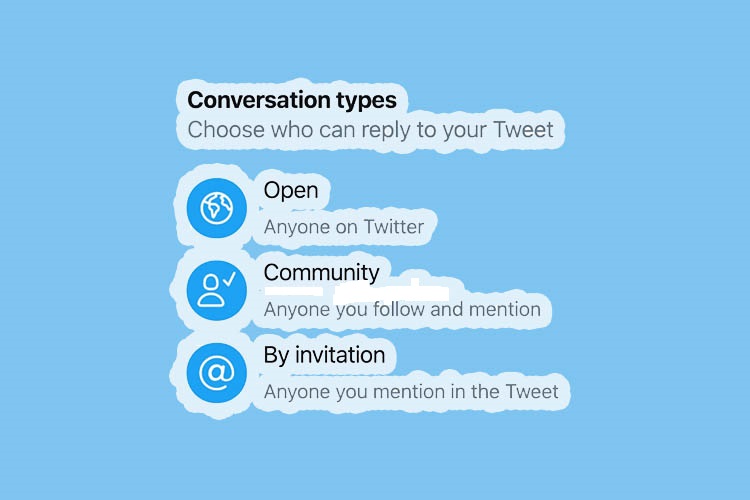 With rising complaints against bullying, abuse, spams and scandals on social media sites, a feature like this is very helpful as it curbs the replying audience hence preventing much damage. Twitter officials informed that people with such problems or users who deal with such derogatory and disturbing times are more likely to use this feature for their safety and well-being.

It ensures a safer online place and better tweeting culture by removing much toxicity on the platform. The tweets with the selected replying audience can make the thread more valuable and rational rather than the overcrowded space where anyone can comment.

Due to increasing hate speeches, arrests, unrests and divisions among people based on communal, political, religious issues, Twitter is held responsible on many grounds. People use abusive words, hurtful phrases and whatnot to express their annoyance with ideologies, opinions different from theirs and this has caused major rifts in the society too.

The conversation handling on the microblogging site underwent many testing besides launching several new features to support the right causes. Right from Twitter fleets to rolling feature that asks users to re-check their content for abuse and cuss words, Twitter is adapting to new changes and making additions to the cybercrime prevention concerned features.

Providing a prompting pop-up tool to recheck abuse and detecting any hurtful or vulgar speech parts are few features that helped users keep their tweets in order. The Twitter algorithms with functional artificial intelligence and machine learning systems not just assist the platform in the cause but also promotes healthy microblogging.