Netflix launched in India back in 2016. Today, after two years of successful presence, it is striving towards changing the quality of Indian digital entertainment with their original content that is meant to push the boundaries. The Netflix strategy in India is to simply go hyperlocal yet global. It is interesting to note that they are creating a lot of series based on books, and with women as protagonists.

By now you must be absolutely blown away by the debut Indian Netflix Original Series ‘Sacred Games’ unless you’ve been living under a rock. But that is certainly not all that the platform has to offer – it’s just a start towards the upcoming launches that are even more thrilling.

The action-horror mini-series ‘Ghoul’ on Netflix is up next, and we have got you covered with everything that you need to know about it.

What is the Plot of ‘Ghoul’?

The plot of ‘Ghoul’ follows the protagonist Nida Rahim, a military interrogator who is in charge of extracting a confession from a terrorist. Nida is sent to an unknown, remote facility to carry out her task. The terrorist being interrogated, Ali Saeed Al Yacoub, reveals his supernatural powers and demonic forces which trap the military staff inside the compound.

The term ‘Ghoul’ means a demon or monster originating in pre-Islamic Arabian religion associated with graveyards and consuming human flesh. It also appears in Islamic mythology. In modern fiction, the term has often been used for a certain kind of undead monster.

According to Netflix’s official synopsis description, the mini-series Ghoul is about how “a newly minted military interrogator arrives at a covert detention center to discover that some of the terrorists held there are not of this world”.

Who Stars in ‘Ghoul’? 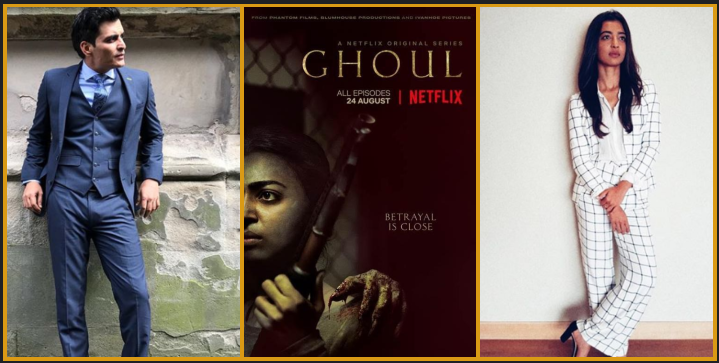 Radhika Apte stars as the protagonist, military interrogator Nida Rahim. She is an up-and-coming Indian actress who is widely known for her work in independent films and has starred in two other Netflix Indian Originals this year including the anthology film Lust Stories and as Anjali Mathur in Sacred Games.

Mahesh Balraj plays the terrorist Ali Saeed Al Yacoub, who alongside demonic powers, has the ability to read everybody’s secrets. He is a Bollywood actor most notably starring in Haider, Bajrangi Bhaijaan, and Gangs of Wasseypur.

A partnership deal for creating local language horror films in India was announced on September 3, 2014, which was between production houses Blumhouse Productions, Phantom Films and Ivanhoe Pictures. The first of three films from the partnership is ‘Ghoul’ written and directed by Patrick Graham. Jason Blum, the Founder & CEO of Blumhouse Productions has received two nominations for the Academy Award for Best Picture for producing ‘Whiplash’ and ‘Get Out’. In February 2018, Netflix acquired this first film and converted it into a three episode series. It is scheduled to be released on 24 August 2018 by Netflix.

On being asked about the mini-series Jason Blum says, “It has been a great experience working closely with Netflix and our partners at Phantom and Ivanhoe to produce Ghoul. This is Blumhouse’s first foray into the horror genre in India and we’re excited to share this project with horror enthusiasts around the world.” While Vikramaditya Motwane, a partner at Phantom, calls Ghoul “an elevated horror narrative from India” and a “first in class, edge-of-your-seat horror series that we are incredibly proud of.” Ivanhoe’s Kilian Kerwin also adds that the series has been “a collaborative effort to tell a story that is rooted in India, in a manner that will appeal to audiences around the world.”

On 24th August 2018, ‘Ghoul’ will be available for viewing worldwide on Netflix for all its subscribers. All the three episodes of the mini-series will be released together so that viewers can binge watch it, provided they have the courage to.

Steps to watch the series online on Netflix

In order to watch Ghoul online for free on Netflix, following the following steps:

Step 1: Visit Netflix.com and click on “Join Free For A Month.” There are three plans from which you can choose on Netflix.

Step 2: Pick a plan as per your internet connectivity. For example, videos that are Ultra HD will consume more data than the basic and standard plans.

Step 4: Login by entering your email address and password.

Step 6: Now you are subscribed on Netflix, enjoy and watch Ghoul online free! 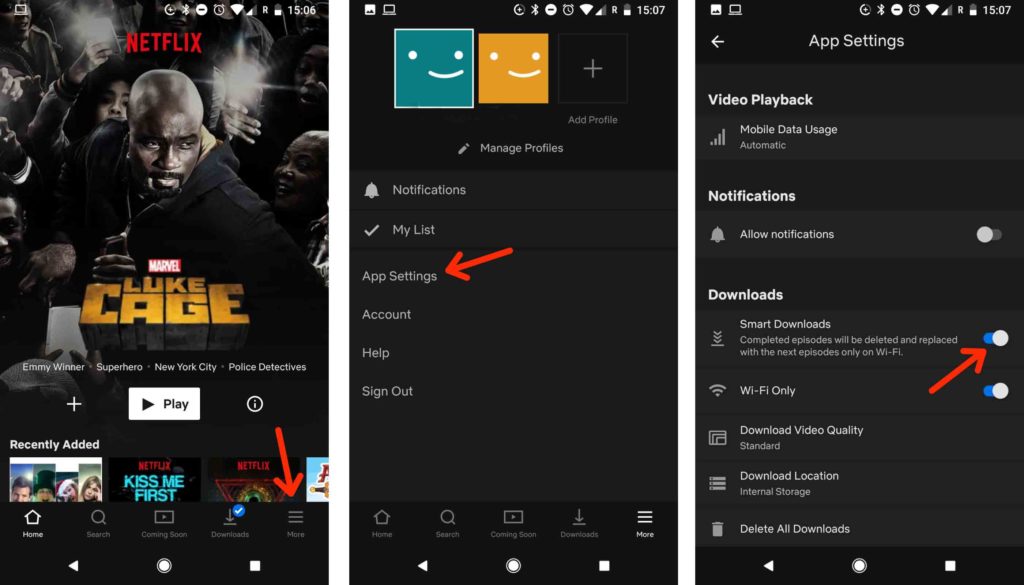 Recently, Netflix came up with the new feature Smart Downloads which automatically downloads all episodes of the selected series for offline viewing and removes it from the list once watched. This feature is only available on the mobile/tablet app of Netflix. So now you can keep ‘Ghoul’ downloaded for uninterrupted offline viewing if you are not so sure of your internet bandwidth.

So are you ready for watch Ghoul online? Let us know your expectations for the series in the comments section below.

‘Baahubali: Before The Beginning’ Is A Two Season Prequel Coming Soon To Netflix