When the video tape recorder was first invented in 1951, no one had ever imagined video would see so many creative updates down the lane. In 1951, the black & white video itself was a big thing to celebrate but now it has transformed to 4K, 3D, VR, AR, 360 Degree, providing an immersive viewing experience to viewers worldwide. In this blog, I will help readers understand everything that’s associated with 360 Degree videos for YouTube. From creation to editing to what is 360-degree Metadata for YouTube, how to inject a Metadata into a 360-degree video, uploading and every detailed step would be covered in this blog, How to Create and Upload a 360 Degree video on YouTube.

An immersive video viewing experience where a viewer is able to get a 360-degree view of the video (panorama view) frame shot using an omnidirectional camera or a series of cameras mounted on a circular rig. The video then has to be stitched using special video editing software to give the final touch. But the edited video cannot be directly uploaded to YouTube as the algorithm fails to recognize the asset as a 360-degree type. In such cases, a metadata injector app is used to ensure YouTube recognizes the video as a 360-degree type. At times 180-degree+ videos can also be uploaded to YouTube following the same steps.

The concept of the 360-degree camera was first invented & patented by M. Garrela of England in 1857 but prior to his invention Joseph Puchberger from Austria came up with the first-hand crank driven swing-lens panoramic camera covering 150 Degrees. Many historians though believe the concept was first discovered way back in 1787 when English painter Robert Barker coined the term Panorama for his paintings on a cylindrical surface. But with all these inventions came the biggest roadblock for the road ahead for the 360-degree format. Back then cameras were huge and damn expensive. It was a humongous task to handle cameras of such size + required a huge budget, therefore, shooting a 360-degree image/video using such cameras was practically not feasible. The concept though sounded interesting but had few buyers owing to practicality. But with time the concept became popular as the size of camera reduced and became handy. Following the digital growth & smartphone market which were 360 degree compatible, the format started gaining popularity and in 21st century is amongst the most immersive viewing experience amongst all video formats.

Let’s first start with the list of cameras which have inbuilt 360-degree shoot capability. For best results in 360-degree video format most professionals use the below-mentioned cameras but at times cinematographers also use a series of cameras all mounted to a 360-degree compatible circular rig mounting and using suitable editing apps supporting the format, the videos are stitched together for the best viewing experience. Here is the list of Best 10 cameras for 360-degree video shooting in 2018-2019:- 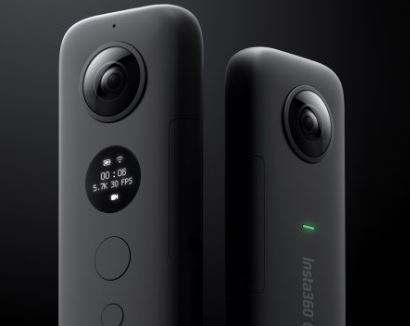 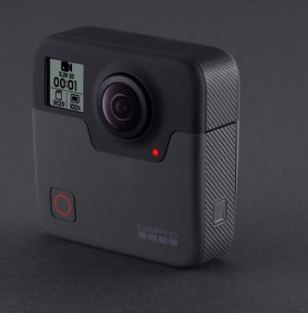 5.2K resolution & water proof. The leader in 360 degree at the moment. Max Video Resolution- 5228 X 2624 at 30 fps. Pixels- 18 MP. The only downside for the camera is the price and is a dream buy for any professional videographer. 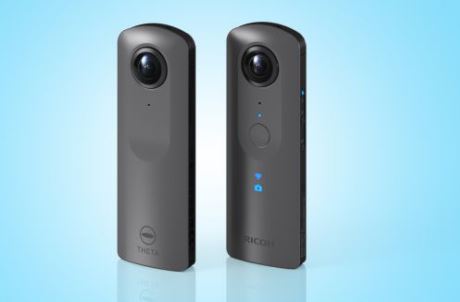 4K resolution with 14 MP camera. Max resolution supported- 3840 X 1920. Powered by a Qualcomm Snapdragon 625 processor the camera can be also controlled from an app. Ricoh Theta V is one of the first entrants in the 360 degree camera landscape. 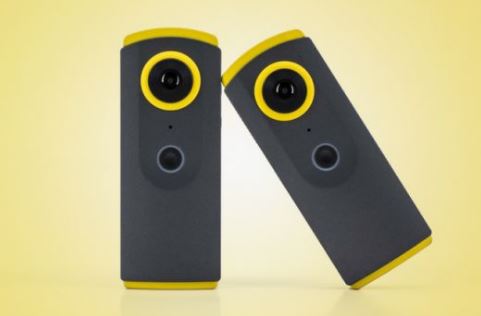 Max Video Resolution of 1440 X 720 at 30 fps with an 8 MP camera. Handy not so expensive the best camera for beginners in 360 degree format best suited for experimentation. 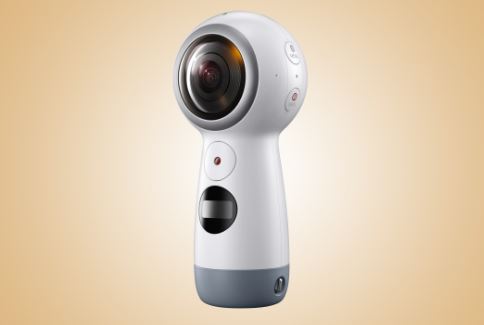 Maximum video resolution of 4096 X 2048 at 24 fps with an 8.4 MP camera. Another camera best suited for beginners in 360 degree landscape. Although the performance is not up to mark compared to previous versions but the ergonomic and slick design covers up the negatives. 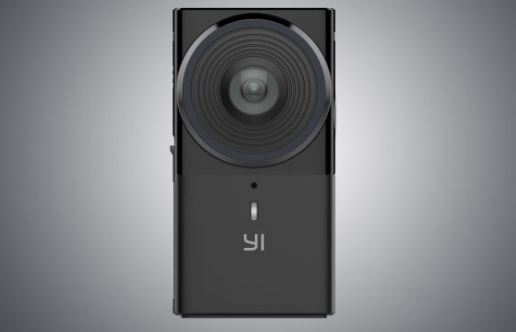 Max Video resolution of 5760 X 2880 at 30 fps with a 16 MP camera. The biggest plus point is well saturated and color balance output. Can be considered as the small brother to Go- Pro Fusion. The camera packs up full 360 degree features but lacks novelty add-ons. 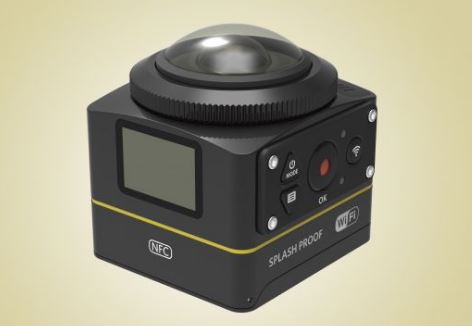 Videographers using this feature have to settle for 235 degree. Supporting a maximum video resolution of 2880 X 2880 at 30 fps with a 12 MP camera. The downfall is it comes with a hefty price but the best part is the rugged design. 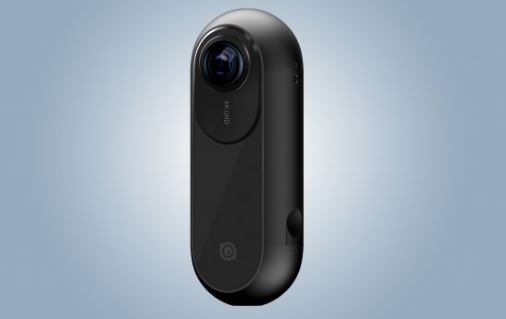 Max video resolution of 3840 X 1920 at 30 fps with a 24 MP camera. Based on technical reviews by influencers, the slo-mo can give you a matrix like feeling. Considering the price and complex specifications, the camera would only appeal professional videographers. 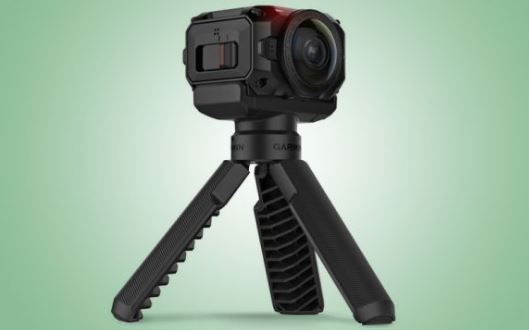 5.7K video resolution with a 15 MP camera. The camera is rugged in design and waterproof. The negative side is the weight and it’s the heaviest in 360 degree camera landscape. Though it is a relatively pricey option but it also comes up with gyroscope, GPS and accelerometer. Videographers can now stitch 5.7K 360 degree video footages using Garmin’s free VIRB Edit software. 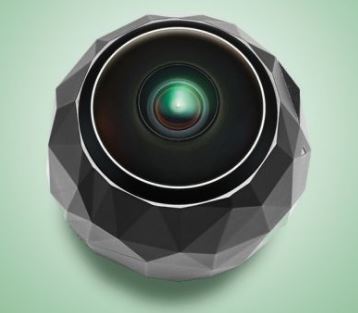 An entry level 360 degree camera is more of a rugged designed action camera which doubles up as a 360 degree camera. 360fly is dust, water & shock proof and is one of the few kind of camera that does the job of wide angle 360 degree camera as well as first person Point of View (POV) modes. It lacks detailing in its video compared to other cameras in the same range.

Now coming to non-compatible 360 degree cameras, the shooting can also be done by stitching all frames and injecting it with a 360 Video Metadata for YouTube uploads. The below is the example of a series of go-pro action cameras mounted on a circular rig mounting.

There is no different or pre-defined method for shooting a 360 degree camera for YouTube but when shooting a 360 degree camera one should keep in mind that even the camera operator would come in the frame unless used the device cleverly. Rest the lighting, ISO and all other camera settings are similar to that of a normal video shoot mode based on external conditions.

YouTube recommends for best results shoot the video with the highest resolutions of the camera used. Based on the latest information by YouTube on the support page, the recommended frames per second are 24, 25, 30, 48, 50 or 60 in an equirectangular format with a 2:1 aspect ratio. The recommended video resolution by YouTube for 360 degree videos are 7168 X 3584 or 8192 X 4096.

After a big hole in your pocket for buying the expensive high end 360 degree camera and planning the shooting schedule, now the hardest part is to make effective editing. This can be a herculean task considering the higher resolution of raw and rush footage shot using the high resolution cameras. First, to process such high quality videos, production house or individuals need systems with high RAM.

Some of the best editing apps recommended by industry experts for 360 degree video editing are listed below:-

Editing a 360 degree video which is shot by multiple video cameras using a circular rig is more tough than a video shot using spherical 360 degree video. In the former case, rushes from different camera have to be stitched together using an editing software that requires a lot of patience from the editor as well as other key stakeholders. 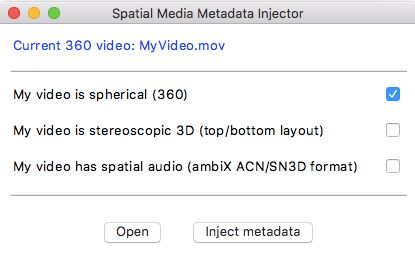 Metadata injection is done to ensure YouTube identifies your video as a 360 degree format video differentiating it from other videos. The step cannot be done without the use of a 360 degree video Metadata app.

The main differentiation created by a 360 degree video is, it adds an immersive video view experience for its viewers. But a better viewing experience can also be provided from a non 360 degree video considering the hefty expense associated with the panoramic video format.

But leaving all odds behind the format is a real blessings for travel & tourism industry. The views and real life experience of videos can surely attract your audience to initiate an action after seeing the video. Other industries where the usage is justified considering the expense is real estate as it provides full detailing related to property in just one video content.

But the elephant in the room has been Go-Pro. The high end action camera manufacturer has used the best of its Fusion 360 cameras to showcase its capabilities as well help in the promotion of other industries, viz-a-viz the travel industry or adventure sports worldwide. Below attached video can be taken as an example where Go-Pro promotes its Fusion camera at the same time the facility providing the sport.

Now that we have listed the complete guide, Go and post your first 360 degree video on YouTube and do not forget to tag Vidooly in Facebook while sharing the same. 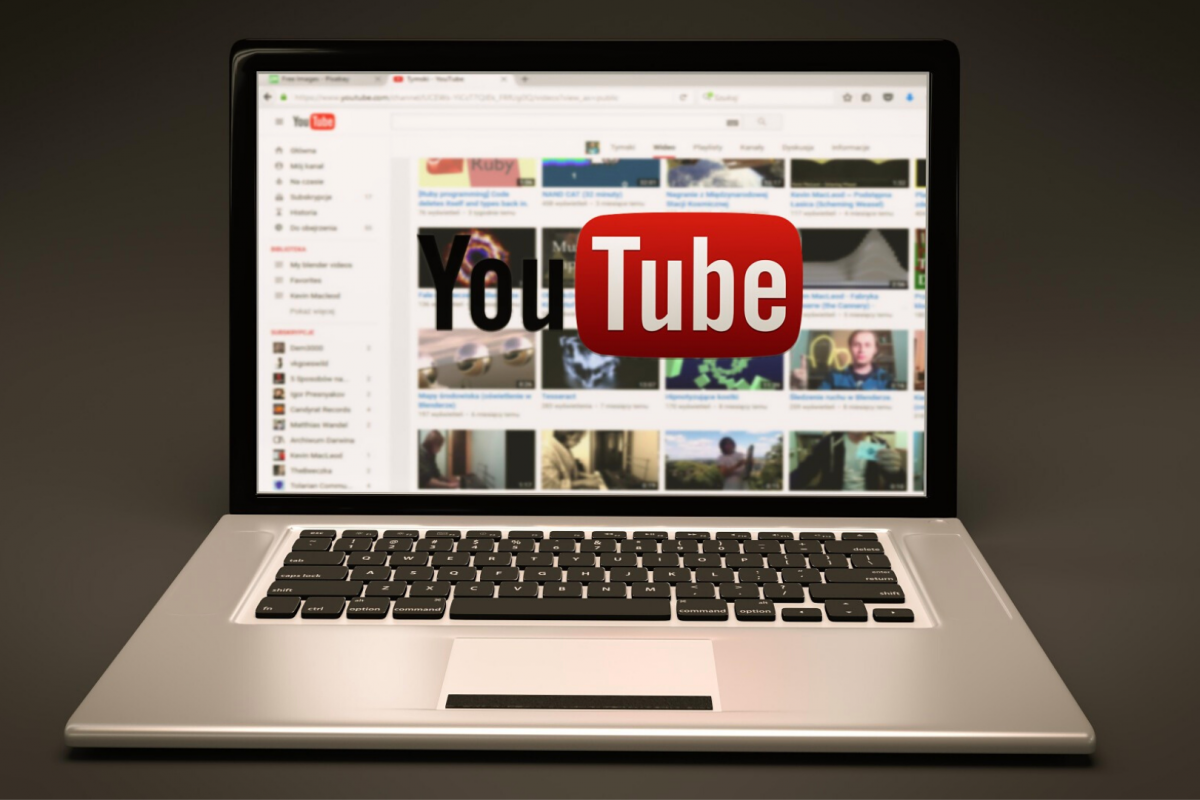 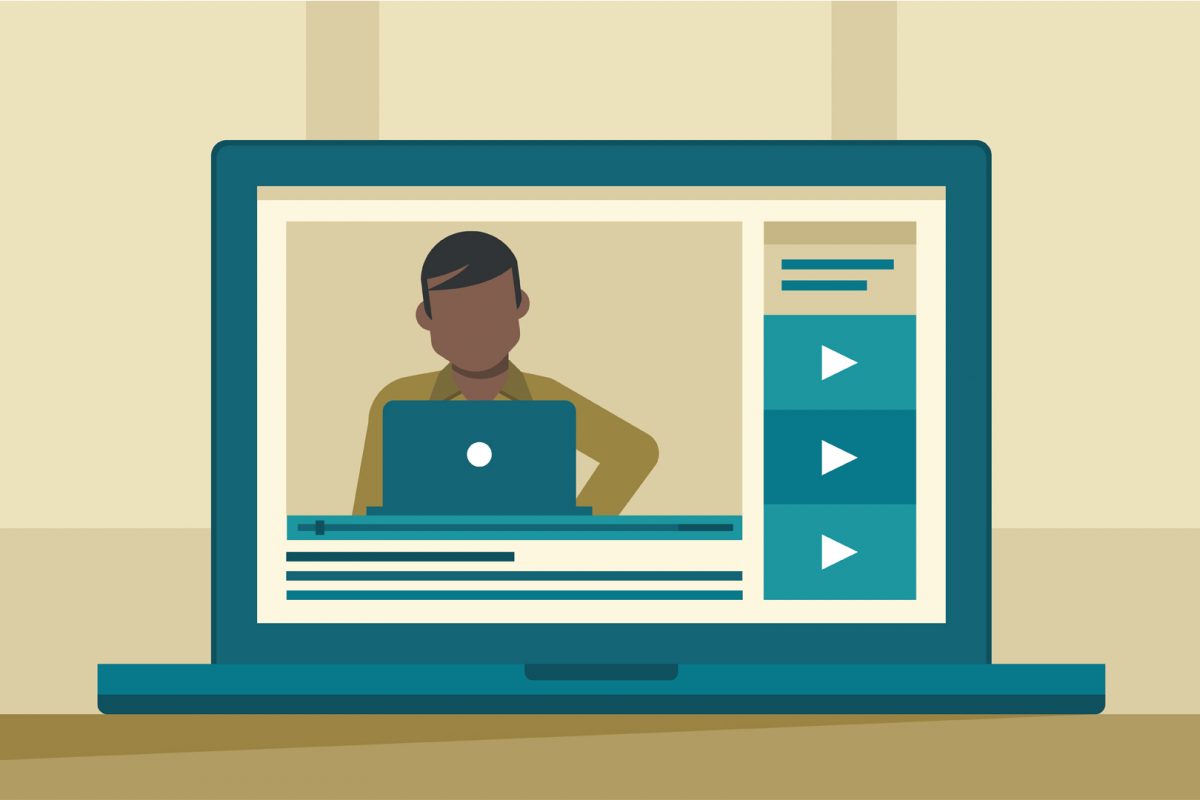